Wimbledon: Ball boy in Andy Murray match caught the ball before it bounced

Murray’s ball boy drama! British superstar Andy’s set-clinching point against John Isner at Wimbledon is thrown into chaos after an enthusiastic youngster caught a looping return BEFORE it had bounced

A ball boy in Andy Murray’s Wimbledon second round clash against John Isner was bizarrely guilty of catching a looping return before it had bounced.

At the end of a marathon third set between the big-hitting duo, Isner could only clip the ball aimlessly into the air, allowing his opponent to halve the deficit.

However, while Murray celebrated exuberantly on the court, the ball boy to his left was caught on camera grabbing hold of the falling shot prematurely. 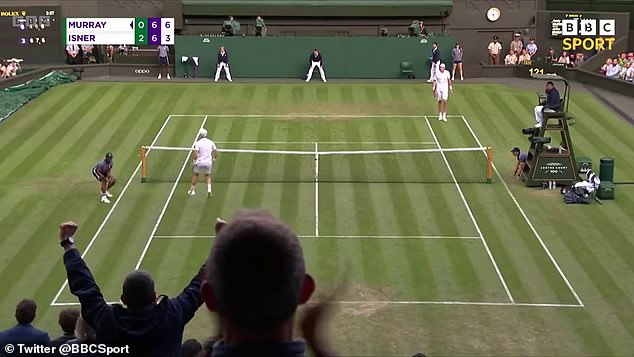 Murray celebrated wildly after taking the third set, but the point could have been replayed

His actions could have lost the British superstar the point, or at least have caused it to be replayed, with the rules stating that the ball must hit the ground first.

Technically, the wild return from Isner was still in until it bounced down and out, meaning that the towering American could have been awarded a let.

A line judge also called it out, though, with Murray’s set-clinching point standing. 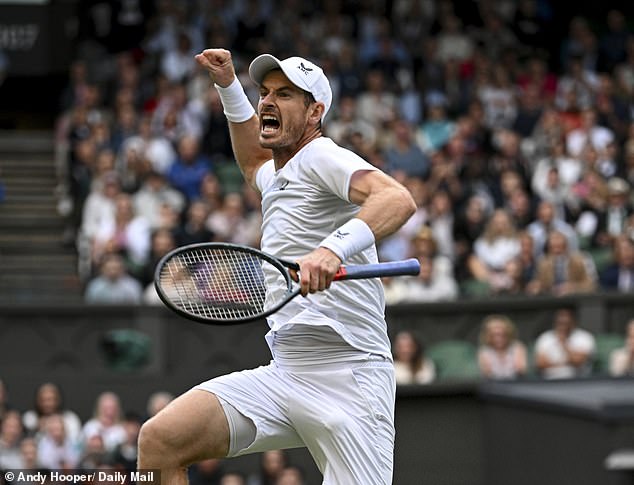 As the home favourite punched the air on Centre Court, the ball boy to his left made the error 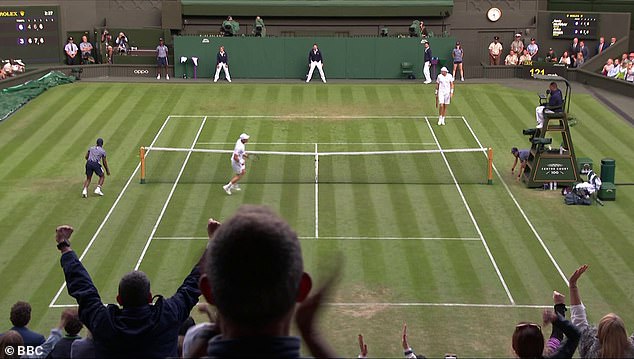 The 35-year-old found himself trailing by two sets during the showdown, with Isner’s thumping serve troubling him, before he handed himself a glimmer of hope.

The third set, just like the second, was taken the distance at 6-6, but it was Murray, with the full support of the Centre Court crowd behind him, who won the tie-break.

With Isner leading 4-2 in the fifth set, the roof was deployed due to poor light.