Wimbledon: Jack Draper relishing being centre stage as he prepares to take on Novak Djokovic

Jack Draper was preparing to play at Wimbledon’s practice courts on Friday when he glanced at the tournament information monitor and his pulse quickened.

‘I looked round and didn’t realise they were doing the draw. I saw his name next to mine. I turned to my coach and said, “I think I am playing Djokovic here”,’ recounted the 19-year-old from Surrey.

If he did not believe it then, the volume of messages on his phone soon confirmed it. ‘It was my old schoolfriends, they don’t know a lot about tennis but they see I’m playing Djokovic and they’re messaging me, very excited for me.’

A few weeks ago Draper was little- known beyond close tennis followers. Memories of his run to the junior final three years ago had faded amid the difficult transition players face when trying to establish themselves on the main tour.

That will all change at 1.30pm on Monday, when he opens the Centre Court programme against the seemingly insuperable defending champion.

Draper had already come back into the public consciousness by making the last eight at Queen’s.

In Draper’s case the junior-to-senior transition has been further complicated by wider events of the past 16 months. 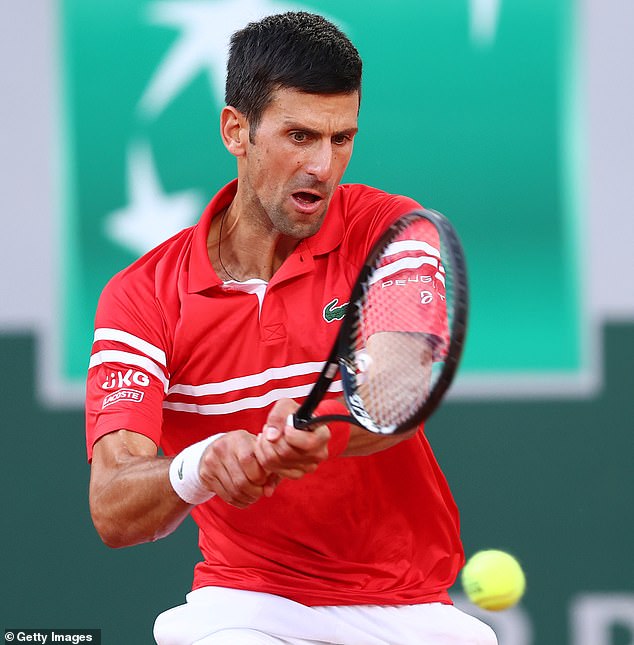 ‘Covid has been a massive struggle for a lot of players,’ said Draper. ‘Look at the rankings, they are very static. It is very tough to move upwards. In that time I have had a few injuries, but the main thing at a young age is not just the rankings but how much I have been improving.

‘The week before last I showed how much I have improved. I’ve hit with Dan [Evans] and Andy [Murray]) a lot so I know where I am with my level, but there’s one thing knowing it and another winning the matches.

‘I proved to myself and to other people that I have got a lot of capability; I can use that confidence and belief to step on court with the world’s best and go hard.’ 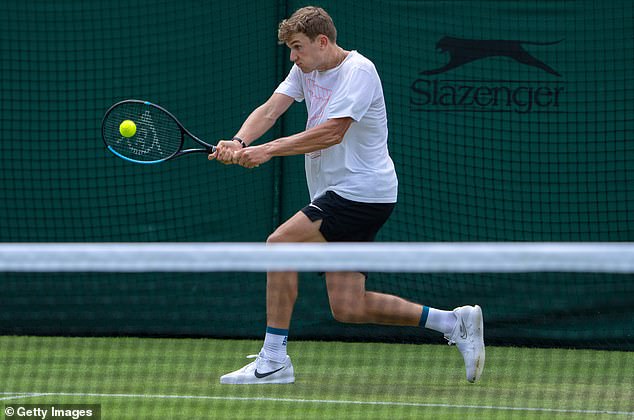 His first experience of Centre Court was watching Murray lose the 2012 final to Roger Federer. Getting tickets will have been made easier by the fact that his father, Roger, was chief executive of the Lawn Tennis Association at the time.

There have been a handful of subsequent visits, and since Friday he has walked in there and taken in the dimensions of the place from the vantage point of the playing surface itself.

‘I like the big occasion, I like trying to play my best tennis in front of a lot of people,’ said Draper. ‘I am looking forward to that on Monday, because that is why I play — to compete against the best players in events like this.’

Jelena Ostapenko swept aside Anett Kontaveit 6-3, 6-3 to win the Viking International title in Eastbourne. Kontaveit had won both of their previous meetings but Ostapenko never looked in trouble after a double break in the opening set and she coasted to victory in just an hour and five minutes.