Tennis stars used to put in the hard graft on the court and reaped the rewards based on their triumphs.

But these days becoming a sporting success story appears to require far more than on-court athleticism.

A glossy Instagram page, it would seem, can wield almost as much power as the right racquet. Especially when it’s crammed with shots off the tennis court, posing with private jets/yachts/in bikinis. Oh, and an obligatory shot by the Eiffel Tower.

With the action ready to roll at SW19, we take a look at the female competitors vying to take game, set and Insta-match.

Serena Williams has 73 titles and £67 million in winnings, with 13.3 million Instagram followers and 1,725 posts

Who? The seven-time Wimbledon champion Serena Williams, number six seed, hasn’t won a Grand Slam since 2017 and turns 40 this year, but woe betide anyone who doubts her drive to win.

Court clout: With 73 titles and £67 million in winnings, she’s in a league of her own.

Off-court prowess: Serena’s list of endorsements and partnerships is longer than most rallies. She has her own clothing and jewellery brands and a venture capital firm, and recently signed a production deal with Amazon Studios. No wonder £24.2 million of Serena’s £27.2 million earnings from 2019 to 2020 landed away from the court.

Travelling in style: Serena’s got the whole array of private jets, luxury yachts and smart cars on her page, but when you are a financial backer of a private jet hire company and have a deal with Lincoln cars, why not utilise the fleet and show the world how far it can get you? Cue Eiffel Tower shot.

Keeping it in the family: ‘I’m Olympia’s mom,’ reads the athlete’s Insta tagline — and three-year-old Olympia (who has her own Instagram account) makes regular appearances on her mum’s account as, less frequently, does husband Alexis Ohanian.

BRITAIN’S BRIGHTEST HOPE OF A TITLE 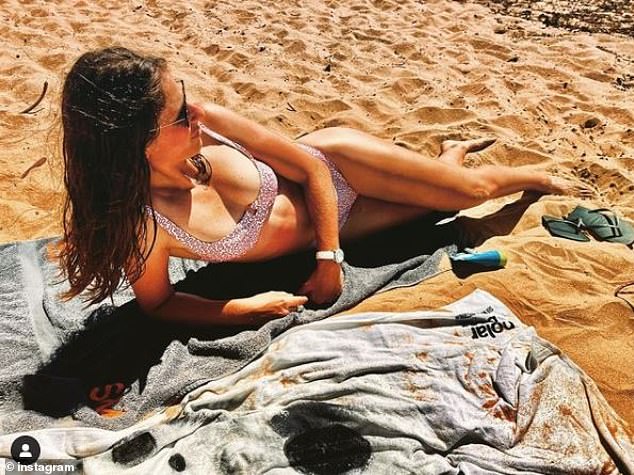 Johanna Konta, 30, has locked up £7million in prize money but was forced to withdraw from Wimbledon last night after a close contact tested positive for Covid

Who? Johanna Konta, 30, became the first British woman player to crack the top ten since Jo Durie, when she rocketed up the rankings in 2016. She’s number 27 seed, though last night she was forced to withdraw from Wimbledon after a close contact tested positive for Covid.

Court clout: She’s clocked up £7 million in prize money, according to WTA stats, although she’s won only four singles titles.

Off-court prowess: She’s bolstered her winnings with a string of lucrative deals.

Plug alert: The one-time Aussie (she switched to play for GB in 2012) has deals with Ellesse, Radley handbags and Breitling watches, along with sports nutrition company Kinetica — all of which she promotes on Instagram. And, naturally, at the Eiffel Tower.

Travelling in style: She’s more wholesome than glitz — the last time she played at Wimbledon she revealed she turned to baking as stress relief between matches — but she can’t resist sharing a pic in front of a helicopter as she heads off (courtesy of her sponsors) for a day at Silverstone.

Keeping it in the family: Dachshunds Bono and Gizmo are very much part of her Insta family.

Bikini power: She’s just as likely to flaunt her welly boots and a cap as she is her figure in a two-piece.

Who? If she looks familiar, it’s because Coco Gauff, number 20 seed, made history at Wimbledon in 2019, when, aged 15, she defeated Venus Williams in straight sets.

Court clout: She has got two singles titles in the bag, and has totted up £1.2 million in court earnings.

Off-court prowess: Still just 17, she’s been predicted to earn £20 million in endorsements before she is out of her teens and has deals with New Balance and racquet-maker Head.

Plug alert: ‘I’m just a kid who has some pretty big dreams,’ she says — if those dreams involve name-dropping her biggest sponsor, New Balance, from timeto time, who can blame her?

Travelling in style: No yachts or jets — in fact, you’re more likely to see Coco keeping active and trying abseiling. Or showing off her trainers at the Eiffel Tower.

Keeping it in the family: ‘Family over everything,’ says down-to-earth Coco.

Bikini power: Only if you count swimming with turtles in the Bahamas. 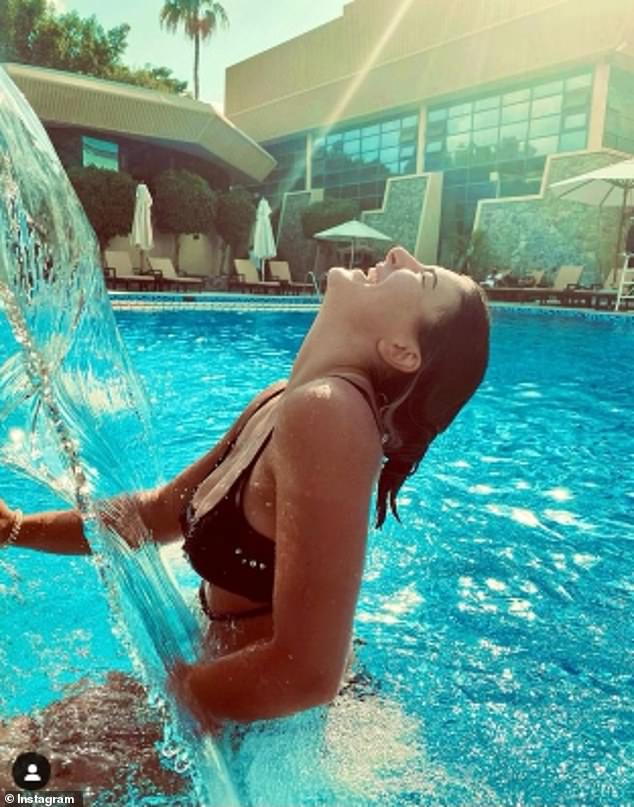 Off-court prowess: Deals thought to be worth more than £2 million with Head and Nike, as well as luxury Swiss watch brand Rolex, and Gatorade.

Keeping it in the family: Bianca showers glamorous mum Maria with praise.

Bikini power: She’s confident enough to let fans see her in an array of two-pieces but is just as happy posing in ripped jeans at, you guessed it, the Eiffel Tower. 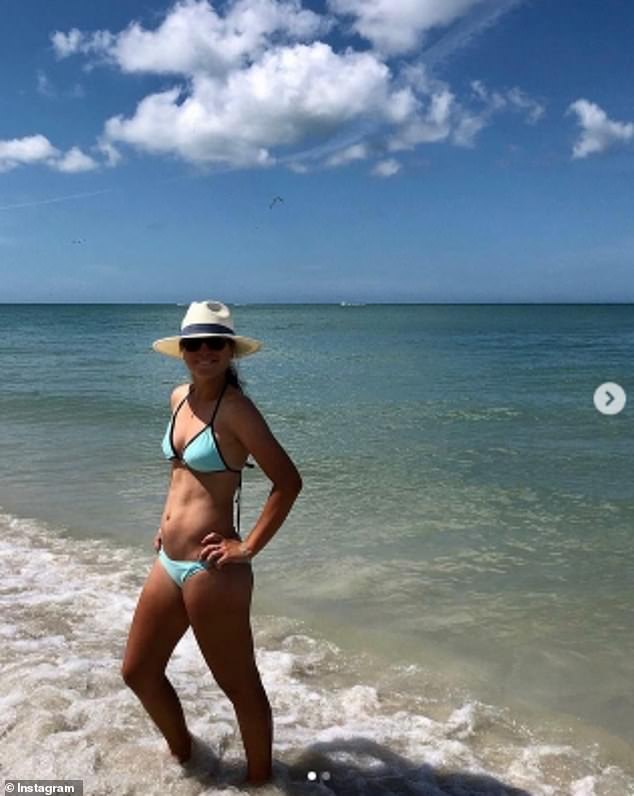 Court clout: With £5.5 million in court winnings so far, and one Grand Slam in the bag, she’s got SW19 in her sights.

Off-court prowess: She’s netted a volley of new deals with KT Tape and Motorola, as well as a private jet company.

Travelling in style: She became a brand ambassador for private jet enterprise JetToken in April, and was soon posing up a storm on her first flight.

Keeping it in the family: Her parents moved from the Soviet Union to New York in the late 1980s with little money, and her father, Alex, worked nights as a taxi driver. He was his daughter’s coach, until she announced the end of their professional relationship, on Instagram, in May.

Bikini power: ‘I’m just a beachy kinda girl,’ she says in a tiny two-piece. But she is just as happy in a city setting — check her out at the Eiffel Tower. 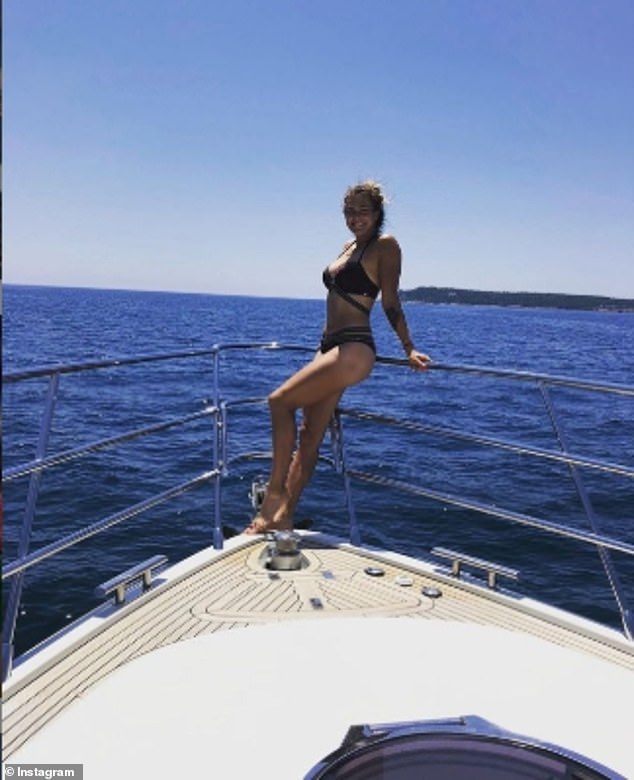 Aryna Sabalenka, 23, has deals with Wilson and Nike and has 223,000 followers and 426 posts. She has ten singles titles and nearly £6million in winnings

Who? Number two seed Aryna Sabalenka, 23, from Belarus is one of the more vocal (think screams and grunts) women players.

Off-court prowess: She has deals with Wilson and Nike.

Plug alert: She gives Nike the odd name drop, but Aryna’s more about glam selfies (in front of the Eiffel Tower, of course).

Travelling in style: No Grand Slam wins, but Aryna posted a picture of herself next to a private jet as she arrived to play at Eastbourne last week.

Keeping it in the family: She loves to share pictures of her younger sister and her dad, who died suddenly, aged 43, two years ago.

Bikini power: Leaping in the air in a bikini, laying back in a one-piece, she’s not shy about displaying her tanned limbs.

GLAM SLAM IN PARIS AND THE MUST-HAVE EIFFEL TOWER

Who? Ukrainian blonde Elina Svitolina, 26, has claimed some big scalps but no Grand Slams. She’s the number three seed.

Court clout: She’s clocked up £14 million in prize money and 15 singles titles, and reached the semi-finals at Wimbledon and the U.S. Open in 2019.

Off-court prowess: In 2020, she was the 7th highest-paid female athlete in the world, earning £4.6 million.

Plug alert: Her Insta is littered with plugs for sponsors Nike, Wilson, Superior Golf and Spa Resort and Hublot watches.

Travelling in style: Elina likes to strike a pose on her international travels on a yacht, a private jet or in front of the Eiffel Tower.

Keeping it in the family: She’s engaged to fellow player Gael Monfils, although he barely features on her Insta-gallery.