Wimbledon: Who is Crisitan Garin and how can he ruin Australian Nick Kyrgios’ tournament?

Who is Cristian Garin and how can he ruin Wimbledon for Australia? Everything you need to know about Nick Kyrgios’ dangerous quarter-final opponent

One man stands in the way of Nick Kyrgios progressing to the semi-finals at Wimbledon on Wednesday night: unseeded Chilean player Cristian Garin – who has already ended the fairytale run of one Aussie this tournament.

Garin earned his way through to a quarter-final matchup against Kyrgios after coming from two sets down to beat Aussie Alex de Minaur in a thriller on Monday night.

The 26-year-old Chilean is currently ranked 43rd in the world, but has risen as high as 17th on the back of five ATP titles in his career. However, he has previously gone no further than the fourth round of a Grand Slam tournament.

Garin had an impressive junior career, winning the 2013 Junior French Open and becoming the youngest Chilean to win an ATP match – and crucially, he is currently in red-hot form and Kyrgios will not have it easy. 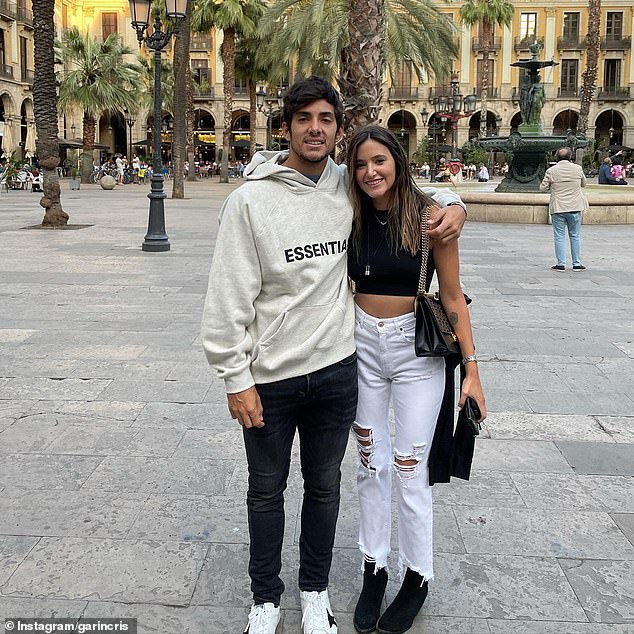 Garin was born in Santiago, where he still lives, to parents Sergio Garin and Anne Medone, and often posts pictures on social media with glamorous girlfriend Melanie Goldberg.

His career highlights have included wins over Alexander Zverev and Daniil Medvedev, though his route to the quarter-finals has been slightly more straightforward.

His first-round match was a walkover before he cruised by fellow unseeded players Hugo Grenier and Elias Ymer in successive straight-set victories. 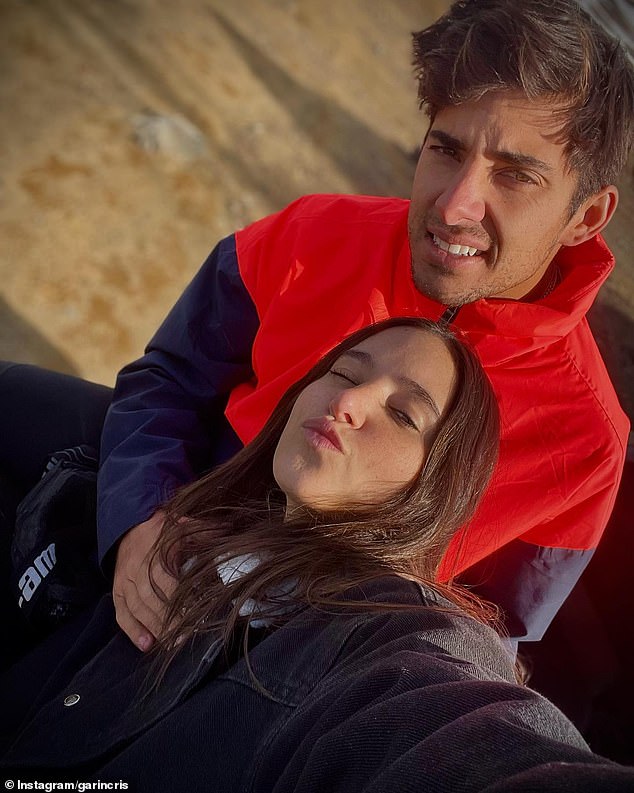 Garin was impressive against American Jenson Brooksby, before he mounted an incredible comeback in his five-set thriller over de Minaur, which left the Chilean lost for words.

‘Honestly, I don’t have any words right now. I just gave everything I have,’ he said after the match.

‘It was a very tough fight. It was a battle. I think Alex is an incredible player, for me one of the best on grass.’ 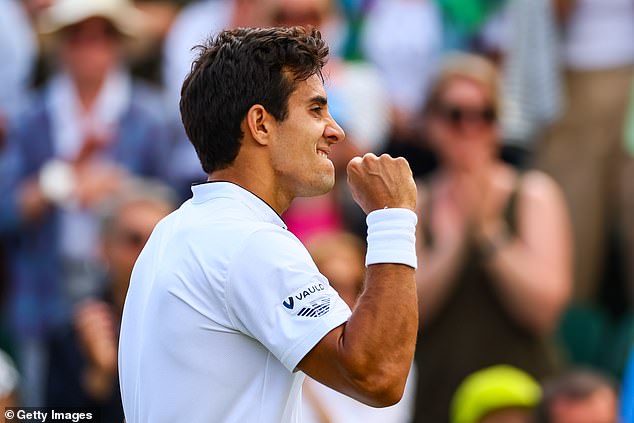 Garin was trailing the Aussie 2-6, 5-7 after the opening two sets, but after an exhausting four-hour, 34-minute epic, he won a tiebreak 10-6 in the fifth set to secure victory.

He said the key to the win was an aggressive mindset – something Kyrgios will need to be wary of. 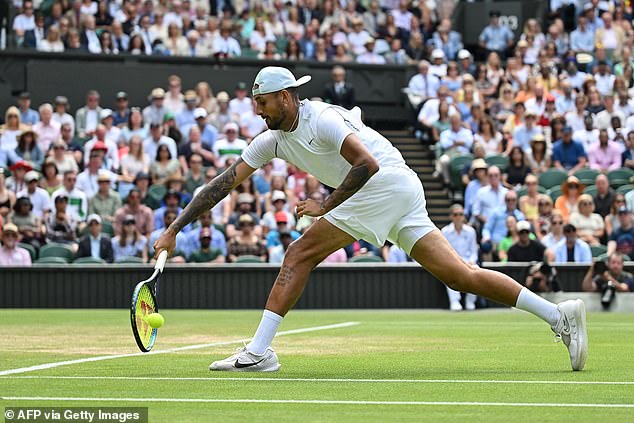 No doubt the Chilean’s match-up with Kyrgios will be an entertaining and absorbing encounter, after the star Aussie held his nerve to win a five-set epic of his own against Brandon Nakashima.

‘I was really excited to play Demon (Alex de Minaur), he’s been flying the Aussie flag for so long and I came on court when he was two sets to one up so I was expecting to play him. But I’m not even going to think about, I need a glass of wine, for sure,’ Kyrgios said after the game.