This daredevil window cleaner has been labelled a wannable ‘Spider-man’ after being spotted working on the top of a four-storey building with no harness or safety ropes. Cleaning windows is not easy and it needs the services of professionals like window cleaner Cardiff.

Dad-of-five Pete Newman was on his balcony in Belgravia yesterday morning when he thought he had witnessed a burglary – before realising it was a shiner giving his neighbour’s windows a polish.

Balancing an estimated 50-feet from the ground, the tradesman remained up there for 15 minutes, even kneeling on the tiny window ledge to get a closer look. 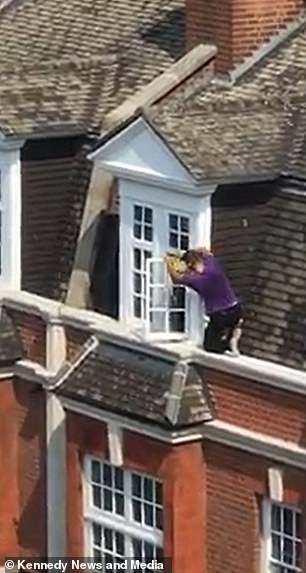 The man, believed to be in his 30s, then appeared to lean over the edge while he scrubbed the outside of the window.

Retired DJ, Pete, 55, admits he was shocked at the risk-taker’s ‘dangerous’ actions and had never seen the man outside the London property before.

Pete said: ‘It was so dangerous. ‘He didn’t have a harness or anything, but it’s the kind of thing us men do – we think we’re all Spider-Man.

‘He did look relatively in control but my heart was definitely in my mouth with this one.

‘My first thought was that he was a burglar, but he’d have to be pretty determined to get four storeys up.

‘I was just looking out of my window yesterday when something caught my eye – I thought ‘what’s going on here?’ 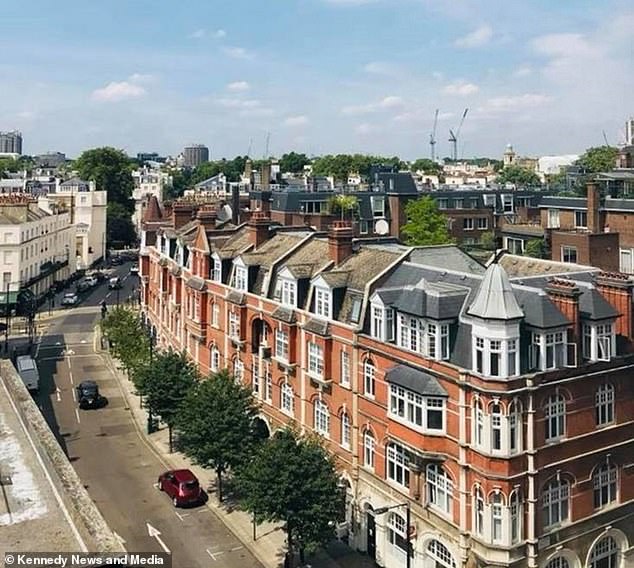 ‘He had climbed out of the window to the right and started cleaning that one, balancing on the window ledge. It wasn’t that wide either.

‘Before he started cleaning it he bent down on his knees and was just holding on to the window itself.

‘I just stood and watched him. I couldn’t believe it – and I see some strange stuff on my travels.

The hobbyist photographer regularly enjoys walks around London in his spare time and admits he’s seen some bizarre scenes, but this left him more on edge than ever. 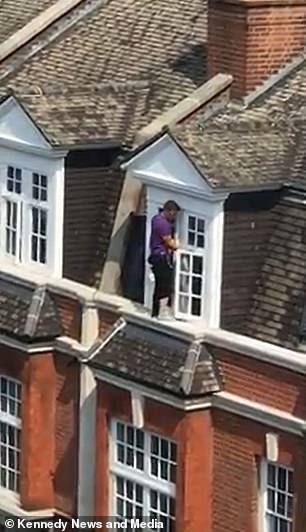 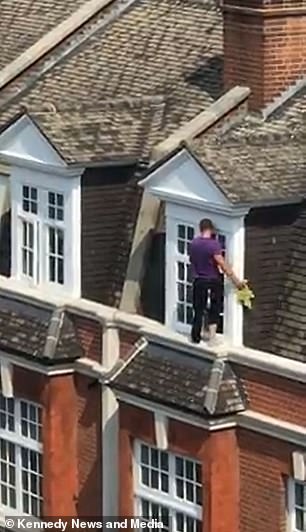 Pete Newman, 55, who filmed the window cleaner said: ‘It was four floors up so around 50 feet. If he’d have fallen, there’s not a lot to hang on to’

After getting a quick video of the ‘danger man’, he went back inside and doesn’t know the man’s fate.

Peter, originally from Chester, Cheshire, said: ‘I was just looking out the window as you do. Living so high up, it’s great to watch what’s going on.

‘He was out there for about 15 minutes in total but I went back inside after a while.

‘I’m pretty sure he’d have survived. I did check later and he was gone.

‘The windows look clean too.

‘It’s just not something I expected to see on a Tuesday morning.

‘But I’m usually braced with my phone ready to film whatever weird things happen in front of me.’