A Windrush grandmother who paid taxes in Britain for 50 years has been penniless and cut off from her family since going to her sister’s funeral in Jamaica.

Gretel Gorcan, 81, was one of thousands invited from the Caribbean to the UK to boost the economy and held a regular job and raised a family in London.

When she arrived in 1960 aged 24 she got a stamp in her passport giving her indefinite leave to remain, but it was stolen in a 2006 burglary. 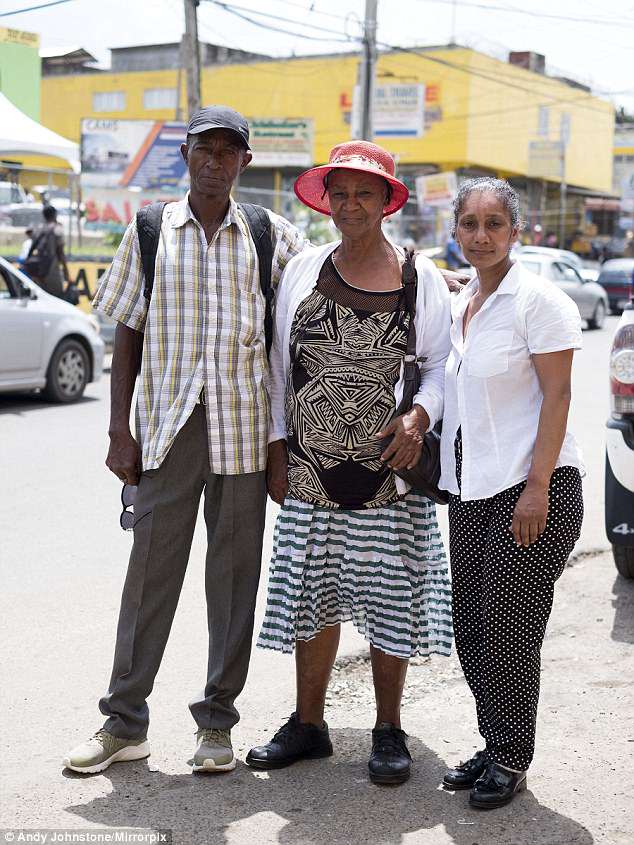 Gretel Gorcan, 81, (pictured with children Pauline Blackwood (right) and Wilton Foster (left) is  penniless and cut off from her family since going to her sister’s funeral in Jamaica

Even though she hadn’t lived in Jamaica for half a century, authorities said she wouldn’t be issued a British passport and would need a visa if she left the country.

When Ms Gorcan returned from her sister’s funeral in 2010 she was shocked to be denied entry because he new passport didn’t he the right documentation.

‘From the life, I once had surrounded by my children in London to having been made homeless in Jamaica has broken my heart,’ she told The Mirror.

‘I travelled to Britain to help out on the promise of a new life but now they have turned their back on me.

‘My ­children are still in London but I am left here. It is not how I wanted to live my final years. I miss my family so much. I want to return to my home in the UK but can’t.’ 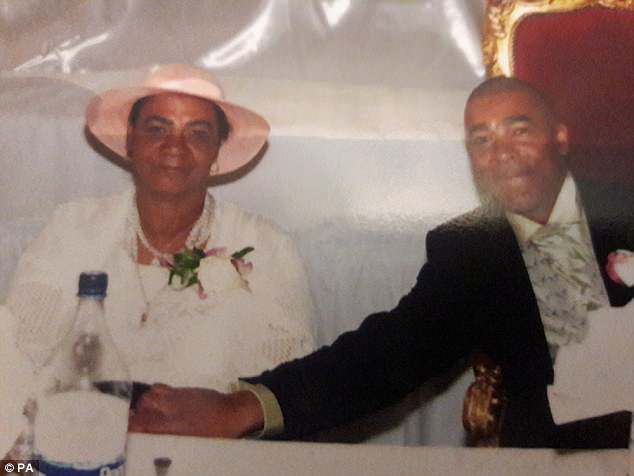 Ms Gorcan (pictured at her son Leigh’s wedding in 2008) raised a family, worked a steady job, and paid taxes but never got citizenship 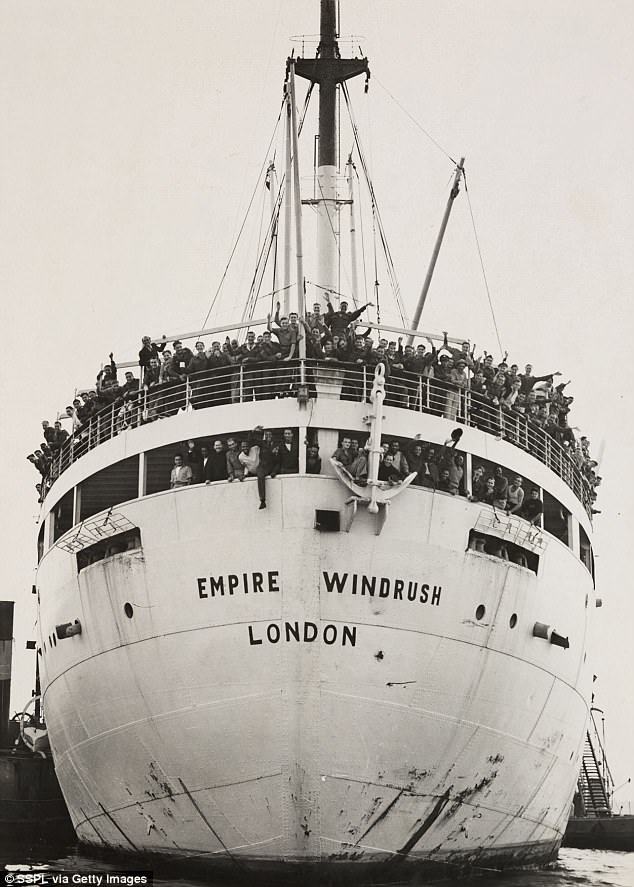 Ms Gorca was one of thousands to arrive on ships from the Caribbean in a generation named after the first ship, the Empire Windrush, which arrived in 1948

Since then she’s been trapped in a country now foreign to her without her children and grandchildren who she is reliant on to survive.

Ms Gorcan is increasingly sick with diabetes and has fallen into two comas as she is no longer able to pay for her medication.

British officials cut off her benefits, which she received for some years after and were sent by her daughter, and is being hounded for £19,000 they say she wasn’t entitled to.

The octogenarian has six of her eight children living in Britain, some of whom have their own children she has never even been able to hold in her arms.

Her daughter Pauline Blackwood feared that her mother would die without ever being able to return as she became increasingly sick without her medication.

‘Mum is ­penniless. She has nothing except for the money I send over. What do they want her to do? Be homeless again?’ she said. 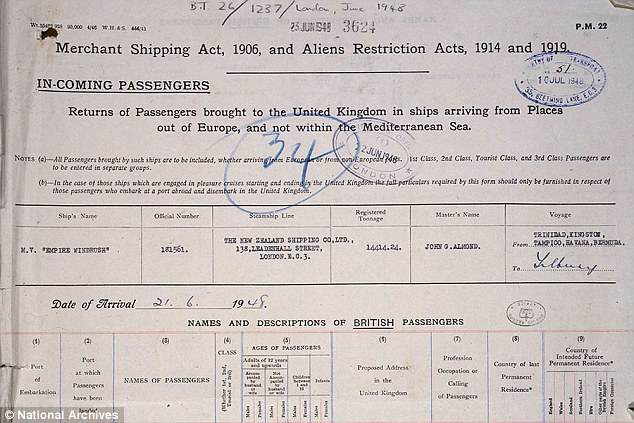 Passengers got a boarding that recorded their permission to stay in Britain indefinitely, but many of them were destroyed in recent years 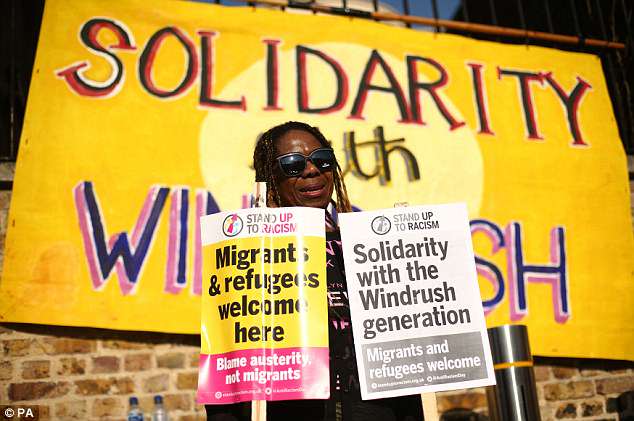 Many of those in the Windrush generation lack these records, having never applied for British citizenship or passports, and are now struggling to prove they are here legally

Ms Gorcan’s family applied for a visa for her to come back and gather the evidence required to prove her permanent residency status.

They tried to find the paperwork for her, but claim to have been blocked at every turn by authorities requiring her to apply for documents herself.

Ms Blackwood said it took her a year to get a meeting with a Lambeth council director who promised to help track down her housing records.

But she claimed nothing has happened and it was an uphill battle to get other evidence from the Home Office. 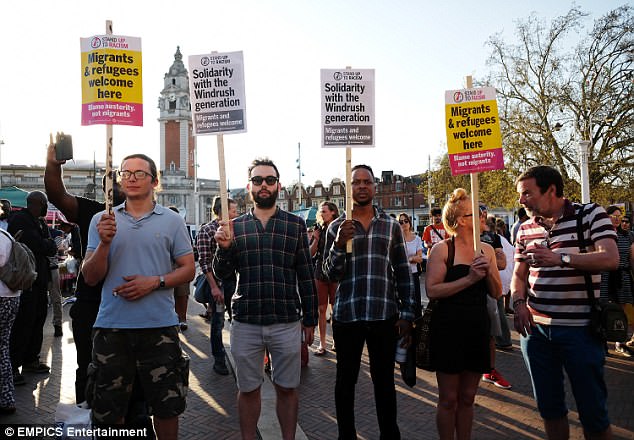 ‘She has been left with absolutely nothing by authorities when her entire life is in the UK,’ Ms Blackwood said.

Recent restrictions in immigration law require people to have paperwork proof of near-continuous residence in the UK.

Many of those in the Windrush generation lack these records, having never applied for British citizenship or passports, and are now struggling to prove they are here legally.