Windrush pensioner, 84, not allowed to return to England to meet her great-grandchildren

A Windrush pensioner has been prevented from returning to England to meet her great-grandchildren, despite serving the NHS for almost 30 years.

Retired nurse Icilda Williams, 84, has seven children, 20 grandchildren and 25 great-grandchildren all living in England, but she has been banned from even applying for a visa to visit.

The widow, who retired to Jamaica with her husband Kenneth in 1996, had travelled freely to and from the Caribbean almost every year before the Home Office crackdown in 2014.

She returned on short-stay visas after the British Commonwealth passport she had arrived on in 1962 expired.

Retired nurse Icilda Williams, 84, has seven children, 20 grandchildren and 25 great-grandchildren all living in England, but she has been banned from even applying for a visa 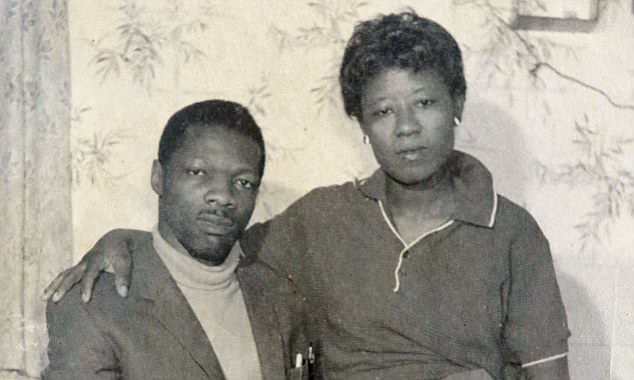 The widow, who retired to Jamaica with her husband Kenneth (pictured together) in 1996, had travelled freely to and from the Caribbean almost every year before the crackdown in 2014 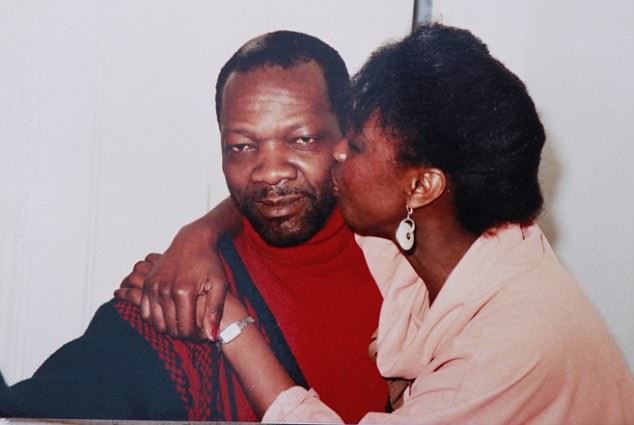 After having a series of visa applications rejected for ‘baseless’ reasons, she was issued with an automatic ten-year ban stopping her from making any further applications

The Government knew about the damaging impact of its so-called ‘hostile environment’ policy on Windrush immigrants years before the scandal broke, a leaked letter suggests.

In May 2016, a senior Home Office minister wrote a letter explaining why members of the Windrush generation were liable to be deported.

The letter relates to the case of Trevor Johnson, who arrived as a boy from Jamaica in 1971 but was told in 2014 that he was in Britain illegally. 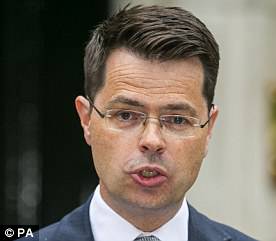 It was sent by James Brokenshire (pictured), then immigration minister, to Labour MP Kate Hoey – who had alerted the Home Office to the case of her constituent Mr Johnson.

The letter said Mr Johnson’s application for citizenship had been rejected because he ‘failed to provide the Home Office with evidence to show he was in the UK prior to 1973’.

It added he could not provide documentary evidence to the Home Office demanded of continuous residence over other periods in the 1980s and 1990s.

Mr Johnson has faced threats of deportation, while his brother Desmond has not been allowed to visit Britain since he went back to Jamaica for his father’s funeral in 2001.

Mr Brokenshire served as Minister for Security and Immigration from 2014 to 2016, while Theresa May was Home Secretary.

Yesterday, Mr Brokenshire was asked about the letter on ITV’s Peston on Sunday programme. He said he had not seen it before.

But after having a series of visa applications rejected for ‘baseless’ reasons, she was issued with an automatic ten-year ban stopping her from making any further applications.

The 2015 ban means she will be 91 before she can even apply to visit England again.

‘It is heartbreaking,’ she said. ‘I feel very lonely without being able to see my family and I find myself crying at night. I feel very alone at times like Christmas and when I miss their birthdays and parties.

‘I haven’t even been able to meet three of my great-grandchildren. I’ve never even seen them,’ she said.

Mrs Williams arrived in England to join her husband, a cabinet maker, in 1962 – both were Commonwealth citizens – before the couple settled in Bradford.

She worked in a textile mill before becoming a nurse caring for mentally ill children in two local hospitals.

‘I spent 27 years in the NHS doing night shifts – sometimes caring for as many as 100 patients a night and that’s not easy,’ she said. ‘I loved being able to help the patients because they could not help themselves. I poured my heart and soul into that job but it did mean I missed out in a way on the childhoods of my own children. And now I am not even able to enjoy my family in my retirement.’

Her children in the UK have spent thousands of pounds in legal fees battling her case and Mrs Williams is determined to return to England.

‘I will come back, I will not give up and I will keep on fighting because I worked there and raised my children there and did my bit,’ she said.

Mrs Williams has lived alone in Jamaica since her husband died in 2004.