The past few days have been a huge turning point for Ole Gunnar Solskjaer. Defeats against Spurs and Manchester City and he’d be under huge pressure this morning, maybe even gone.

As it happens, United have put in two brilliant performances and six points. It won’t be easy but they’ll fancy a run for the Champions League spots now. It also takes away the speculation about Ole’s future leading up to the important January transfer window.

He can concentrate now on bringing in a couple of new players to maintain the challenge.

A forward that gives them some strength in depth so the Rashford- Martial-James triangle doesn’t have to play every week, and a midfielder in the mould of Bruno Fernandes. Solskjaer has also done something no other Manchester United manager has managed — made himself popular with Liverpool fans.

There’s no doubt that yesterday’s results means the league title is going to Anfield. I know Leicester City are second but Manchester City were the real rivals to Jurgen Klopp’s side and they are now 14 points behind — it’s too much.

I bet you’ve never seen Scousers cheer Manchester United goals in the pubs of Liverpool like you did when Anthony Martial made it 2-0. 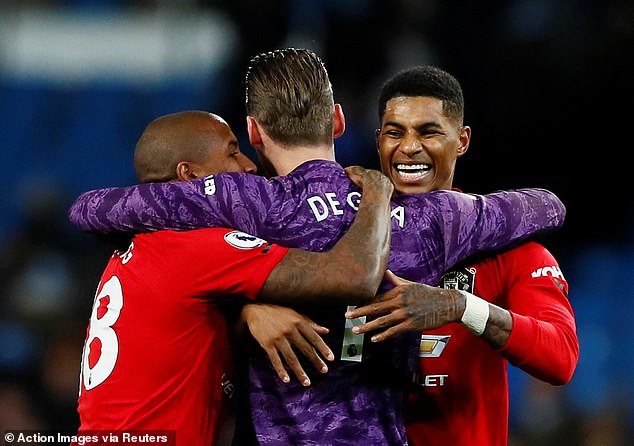 United got the right balance between quality going forward and the other sides of the game like discipline, fitness and desire.

We know the squad isn’t the strongest but when Solskjaer has his strongest back five and front three, they are a match for anyone. He faces a dilemma with Paul Pogba now because this team doesn’t deserve to be broken up.

We all know his quality but would he play with the same energy to win second balls that Fred and Scott McTominay have shown? United’s improved results have come with McTominay playing in front of a settled defence of Aaron Wan-Bissaka, Harry Maguire, Victor Lindelof and either Ashley Young or Luke Shaw. 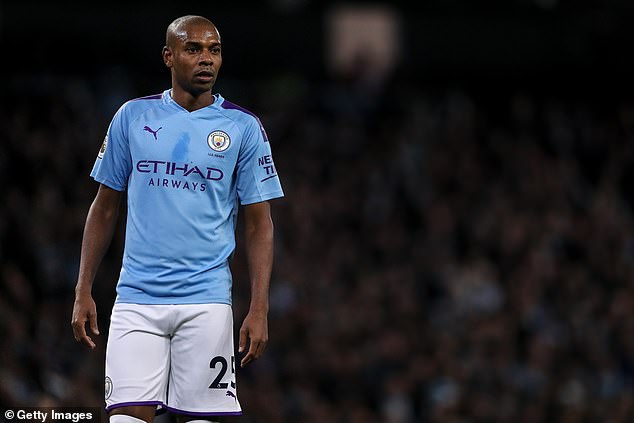 It gives a terrific platform for the rest of the team. Manchester City aren’t the force of the last two seasons. Pep Guardiola is entitled to make the odd mistake given his record but I do think he’d be better off using Fernandinho in midfield rather than switching him to centre-back. David Silva wasn’t as influential against United.

He knows he’s in his last season with City and while he’s still a capable player, I wonder if psychologically he’s got slightly less tenacity and hunger. With the title gone, perhaps it is time to give Phil Foden more Premier League games.

The Champions League has to be Guardiola’s target now.