Winston’s secret weapon his cook! The former maid who the Pm said helped him win the war

VICTORY IN THE KITCHEN

A crowd of 20,000 jubilant people gathered to hear Winston Churchill give a victory speech on VE Day in May 1945.

Just before he stepped outside to address the throng, the Prime Minister went over to a woman standing quietly in the background. Telling her that he couldn’t have got through the war without her help, he asked her to come out on to the balcony and bask in the acclaim with him.

Georgina Landemare, known to Churchill as Mrs Mar, wasn’t a diplomat, a secret agent or a code breaker. She was his cook and, as this deliciously entertaining book reveals, she sustained and cheered him through his darkest hours, becoming as vital a part of his inner team as any of his advisers. Churchill, in turn, saved her life.

Georgina Young was born in Hertfordshire in 1882 and raised in a large, affectionate working-class family. She left school before she was 14 and worked as a maid before becoming a cook.

After a few years Georgina was able to get work as a ‘plain’ cook, one who hadn’t been trained in elaborate French cooking techniques.

In 1909 she married a French chef, Paul Landemare. They had one daughter and, throughout their happy 23-year marriage, she worked as a cook and soaked up much of her husband’s skill and expertise. By the time she was widowed, aged 50, she had become a sophisticated and confident cook, used to commanding staff, ordering provisions and working at the top of a team.

Georgina catered the aristocracy’s dinner parties, birthday parties and coming-out balls, travelling to Scotland for shooting parties and to Newmarket for the racing. Unlike many women of her era, she was able to earn a good salary, pick and choose her clients and live independently.

She first worked for Winston and Clementine Churchill in the early 1930s, when they hired her to cook for occasional dinner parties.

Georgina took a liking to them and in January 1940, with war already having been declared, she was taken on as their full-time cook.

Clementine, who was always on a diet yet was a keen foodie, recognised that Mrs Mar was not just an exceptional cook but also an easy-going, unflappable presence. ‘I knew she would make the best of our rations, and that everyone in the household would be happy and contented,’ she wrote later. For her part, Georgina was taking quite a risk in working for the Churchills. 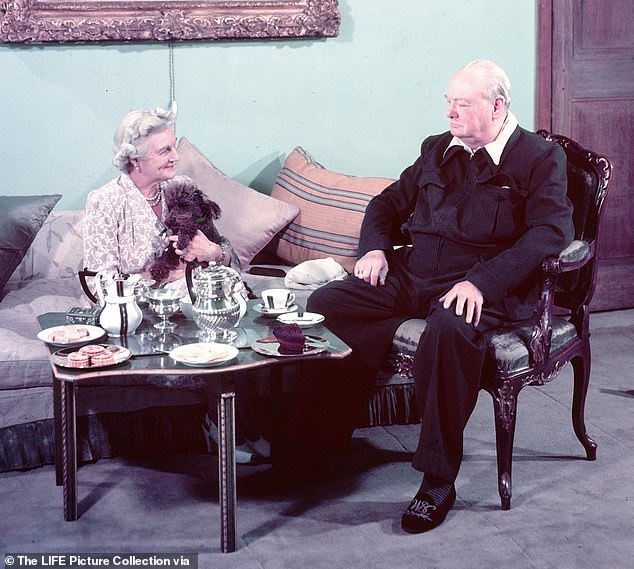 Winston Churchill (pictured with his wife Clementine) was short-tempered and self-centered. Georgina would tell him off for being oblivious to his staff’s needs and wandering around nude

They had expensive tastes — half of Winston’s alcohol expenditure was on Pol Roger champagne — and were permanently in debt and fretting about money. They were also famously terrible employers. Servants came and went, often in floods of tears.

Churchill was especially difficult: short-tempered and self-centred, oblivious to his staff’s need for sleep and prone to wandering around in the nude, for which Georgina would sternly tell him off.

When Churchill became Prime Minister in May 1940, her working life became even more frenetic. No 10 Downing Street was always full and she had to cook for the servants as well as all the visitors who descended on them, often with no warning.During her time with Churchill, Georgina cooked for 16 monarchs and countless famous people, from Charles de Gaulle and Field Marshal Montgomery to Charlie Chaplin, Laurence Olivier and Vivien Leigh. As author Annie Gray points out, food was both sustenance and a means of diplomacy for Churchill.

‘Meals had always been a favourite forum for Winston to network,’ she writes. His favourite dishes were luxuries such as foie gras, caviar and plovers’ eggs, yet like any other household, his was subject to the restrictions of rationing.

He was distinctly hazy on the details of what food was actually available to the British public. When he was shown what the ration looked like, he commented it was ‘not too bad for a day’. Georgina had to explain he was looking at a week’s worth of food. 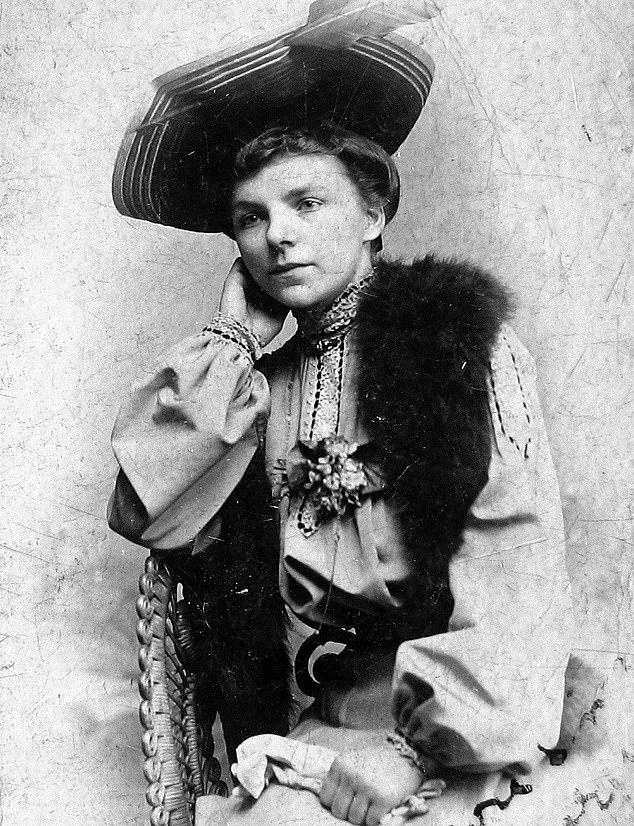 Georgina Landemare (pictured in 1909) who was known to Churchill as Mrs Mar, quit cooking in 1955, but stayed in close contact with the family until her death

Edmund Murray, one of Churchill’s bodyguards, thought Mrs Mar performed miracles: ‘Every meal was planned to perfection and every time I ate with them, I came away feeling I would love to eat the whole thing all over again.’

Gifts of food poured in to Downing Street, both from Britain and abroad, but many were returned. Georgina cannily understood that, if the Prime Minister and his family were seen to be flouting the regulations, it would be a public relations disaster.

However, the Churchills were not quite as careful as the Royal Family, who practised a very conspicuous austerity over at Buckingham Palace. King George VI dined regularly with Churchill, partly because he knew he was assured one of Mrs Mar’s excellent meals.

One evening during the Blitz, Georgina was preparing a mousseline — a particularly temperamental pudding — when the air raid siren started wailing. 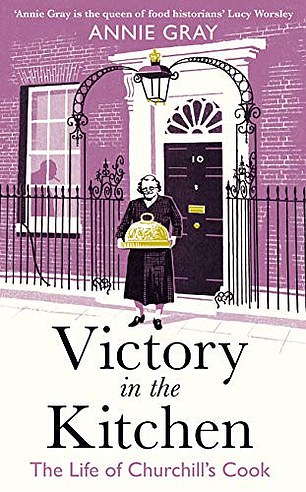 Unwilling to leave her pudding, she was still fussing over it when Churchill, suddenly aware of the 25 ft plate glass window in front of her, urged her into the shelter. She tried to argue but, seized with a sudden sense of foreboding, the Prime Minister insisted she come with him. Moments later the window exploded and the back wall partially collapsed.

‘He saved my life,’ Georgina said. She stayed on with the Churchills but retired in 1953, aged 71.

Four months later she was back: Winston and Clementine found they couldn’t manage without her.

She finally hung up her apron for good in 1955, but stayed in close contact with the family until her death in 1978.

Mrs Mar’s recipes survive, thanks to a cookbook she wrote in the 1950s. They are redolent of a lost era, a time of temperamental kitchen ranges, and food shortages.

As for the food itself, it’s hard to feel too nostalgic about it.

One of the recipes begins: ‘Blanch and braise some brains, then make a good sauce with the liquor of the brains . . .’