As the sunlight recedes, social gatherings start to wind down, and peak travel season comes to an end, Americans may feel depressive symptoms in the coming months.

Experts tell DailyMail.com that the transition period from summer into fall and winter can be rough for some, causing a phenomena some describe as the winter blues. As we get later in the year, sunlight will become more rare as well, disrupting a person’s circadian rhythm – a risk factor for the development of depression.

School-aged children are at the most risk in early September. After a summer full of structureless play with friends and family with little responsibility, the sudden change to a structured school day and having to complete assignments can be jarring.

In most serious cases, these late-year blues could be a result of a condition called seasonal affective disorder (SAD), a surprisingly common condition that affects around one-in-20 U.S. adults. It usually begins to show in late fall, when the days become especially short. 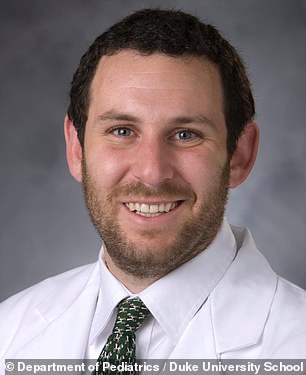 Dr Amit Etkin (left), a professor at Stanford University, said that many summer activities that distract people from their mental health issues disappear as fall begins. Dr Gary Maslow (right), said that the end of summer blues a person may feel are likely related to stressors because of the transitions in day-to-day life

Dr Amit Etkin, a psychiatry professor at Stanford University and founder and CEO of Alto Neuroscience, told DailyMail.com that many of the activities that could distract a person from their depression or other issues in their life seem to dry up in the fall.

‘In the summer, people might end up being more social, they are out more, traveling more, going on vacation more, which can help alleviate depression or distract them from challenges they may be experiencing,’ he explained.

‘The transition in seasons with respect to our activity, not just the the environment around us, can lead to greater risk for depression.’

Summer months are often filled with get-together for many. Weddings are more common over summer, holidays like July 4 and Memorial Day come with large family get togethers for events like barbecues.

A survey by Chinet in 2019 found that the average American is 31 percent more social over summer than they are during winter months – going to more gatherings with more people – with half of the population planning some sort of summer event each year.

Dr Gary Maslow, an associate professor of psychiatry at Duke University, said that the key behind these sudden shifts in emotion is understanding how the body deaths with transition.

All transitions periods in a person’s life are relatively stressful. Stress is one of the leading causes of depressive symptoms – and often is itself both a cause and symptom of the condition. 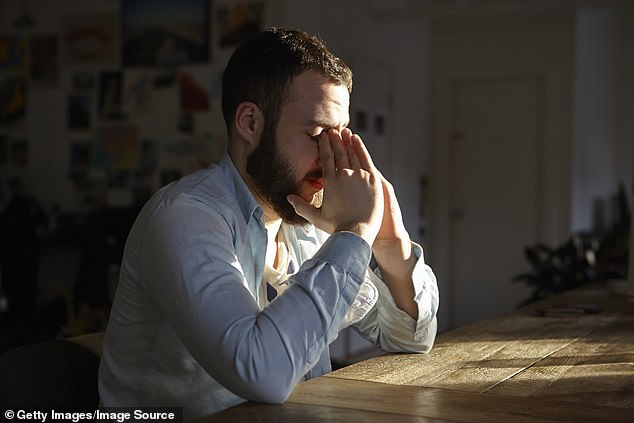 Experts tie the change in mood that comes with cold weather months to the way that a lack f sunlight impacts a person’s circadian rhythms, and as a result will harm their bodily cycles

This is especially true for younger children. Going back to school, and suddenly having the responsibility that entails suddenly thrust onto them can be hard for them to cope with at first.

Maslow notes that rates of emergency room visits for mental health issues among children are known to surge in the fall months after a relatively tame summer season.

Students as old as college aged – typically in their early 20s – can suffer from the transition, though.

College students will often have to move for school, and in the process leave their family and friends behind to go to a new environment.

It can be a jarring, stressful, experience even for a college senior going through it for the fourth time.

‘If you think of a student who may have had relatively limited structure in the summer, going back to school, with the structure of classes, the demand of a test, the pace has picked up a lot,’ Etkin said.

It causes a person to feel ‘down’ and sadder than usual. The symptoms are similar to that of year-round clinical depression

It usually starts in September for many people, and its symptoms peak in December

The condition affects around 5% of U.S. adults, and nearly one-in-five Americans 18 and older report mood changes during colder weather months

It is also more commonly reported among young people, women and those that live in areas that receive little-to-no sunlight during parts of the winter

As the year goes on, and fall begins to transition into winter, many will begin to experience SAD.

It is most common in women, younger people and those that are already suffering from a mood disorder.

Maslow also notes that it is more common in regions of the world like Alaska, where during the winter days may go by where the state us engulfed in 24 hours straight of darkness.

Etkin explains that the reason people feel sadder when it is dark outside is tied to the body’s circadian rhythm.

The circadian rhythm is a 24-hour cycle that a person’s natural body processes operate on.

While many associate it with sleep alone, its impact on the body go much deeper.

‘The light in our environment affects our circadian rhythms,’ Etkin explains.

‘Your body at all levels, brain and an outside the brain, responds to circadian rhythms. Even at the level of single cell genes whose activity is turned on and off in a circadian pattern.

‘There’s a very strong entrainment across multiple levels in your body and as the the timing of the world around you shifts with respect to the amount of light and when things get darker and so forth.’

He says that some people may be more sensitive to changes in circadian rhythms than others, and those people are more likely to suffer from SAD during colder weather months where there is less sunlight.

‘There’s a portion of people who have you know, really altered circadian rhythms are either delayed the rhythm is delayed relative to what it should be or for advanced too far,’ he continued.

While there is no exact solution to SAD or other end of summer blues, people can take steps to manage and reduce the impact.

For children, parents should note sudden changes in behavior. If a child seems moody or withdrawn for an extended period of time at the start of the school year, then a parent may want to seek out medical attention.

For adults who suffer the blues later in fall and winter, investing in a SAD lamp – a device which can imitate sunlight indoors – could help readjust their circadian rhythm and alleviate issues.

A person suffering from severe SAD should seek out medical attention, though.