There was disruption at the Winter Olympics on Sunday – because of an outbreak of real snow.

Among the criticisms of these Games has been the reliance on 100 per cent fake snow, owing to the lack of precipitation in the region, which typically receives less than one inch of snow per month in winter.

But a blizzard hit over the weekend, leading to the cancellation of events as several inches fell in the space of just 24 hours.

There was disruption at the Winter Olympics on Sunday because of real snow. Pictured: Canada’s Marion Thenault takes part in a practice session ahead of freestyle skiing event 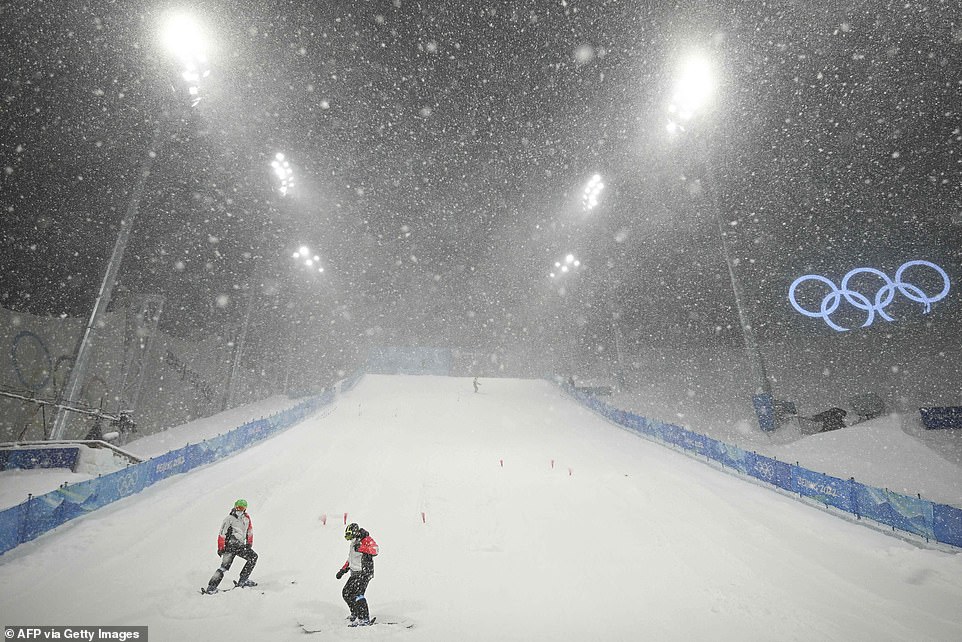 Pictured: Skiiers attempt to clear the snow from the course ahead of the freestyle skiing women’s aerials qualification at the Genting Snow Park A & M Stadium in Zhangjiakou 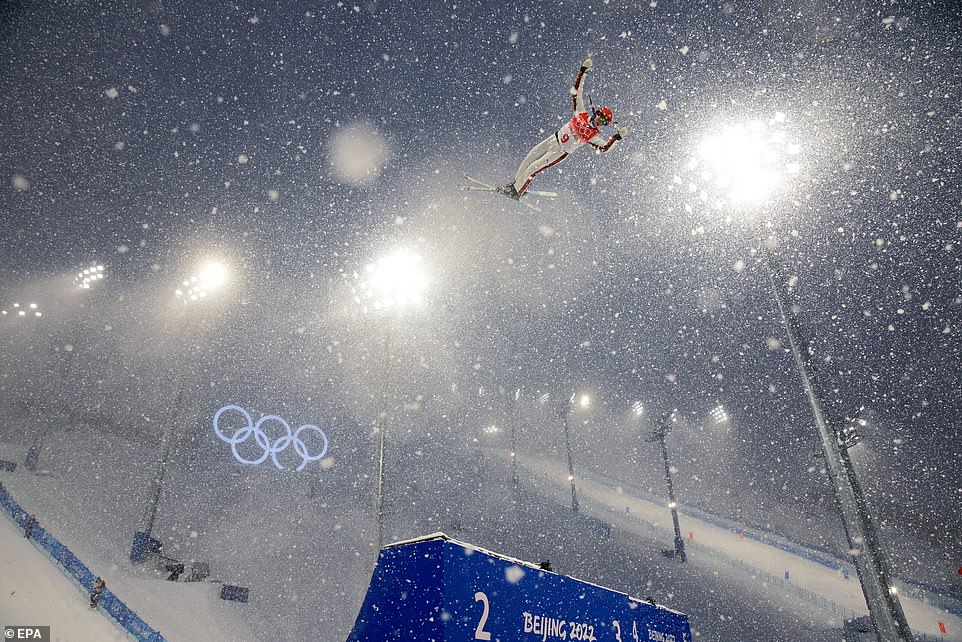 Pictured: Flavie Aumond of Canada during a practise jump for the Women’s Freestyle Skiing Aerials qualification at the Zhangjiakou Genting Snow Park at the Beijing 2022 Olympic Games 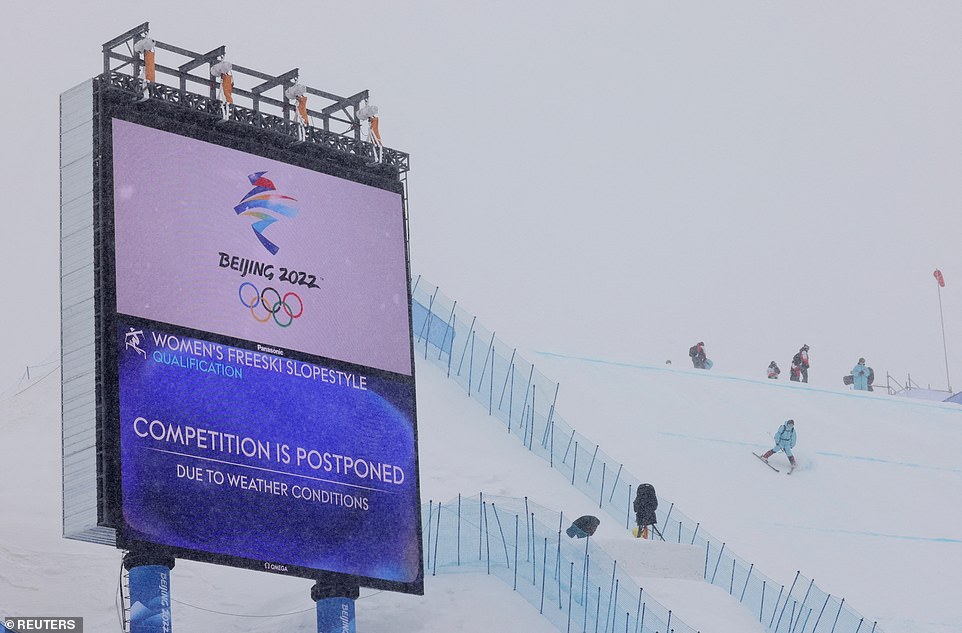 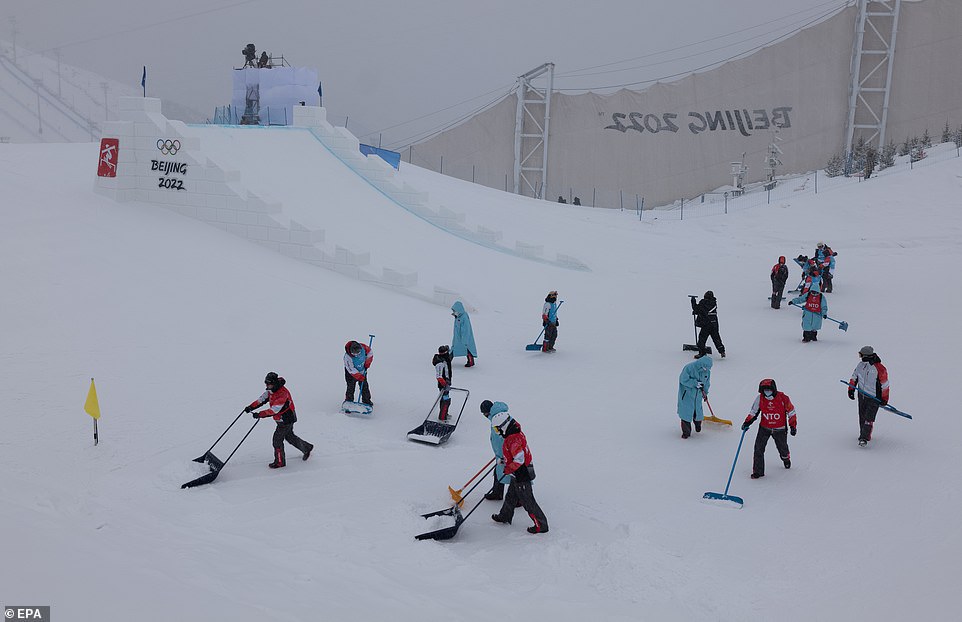 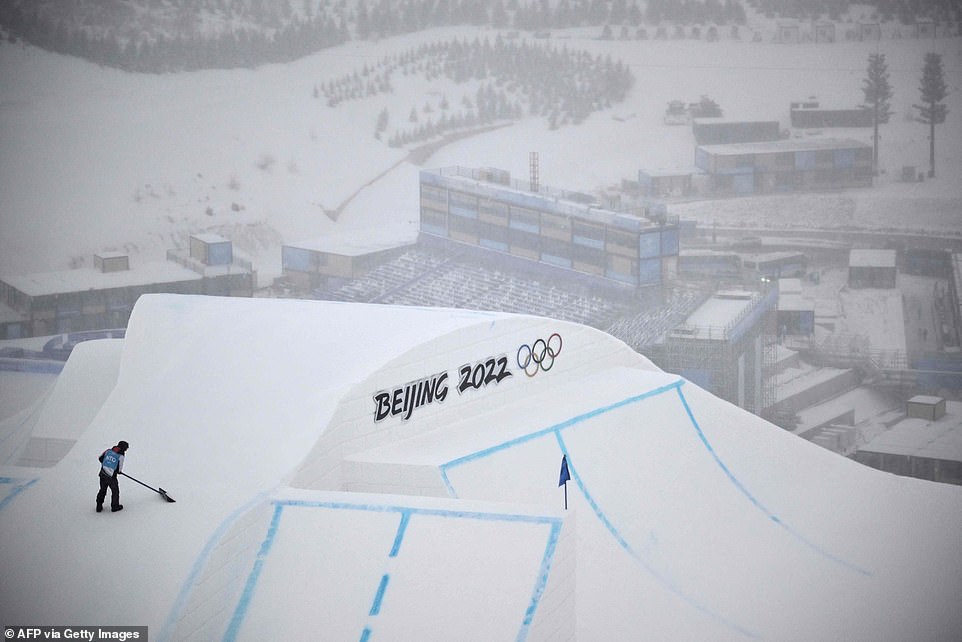 In Zhangjiakou, at the Genting Snow Park, the women’s slopestyle skiing qualifiers were delayed and then put back until Monday because of the heavy snow.

British medal hope, Kirsty Muir, who was fifth in the Big Air, is due to compete, along with Katie Summerhayes.

The second day of women’s downhill practise at the National Alpine Ski Centre in Yanqing was also scrapped, but the men’s giant slalom went ahead. 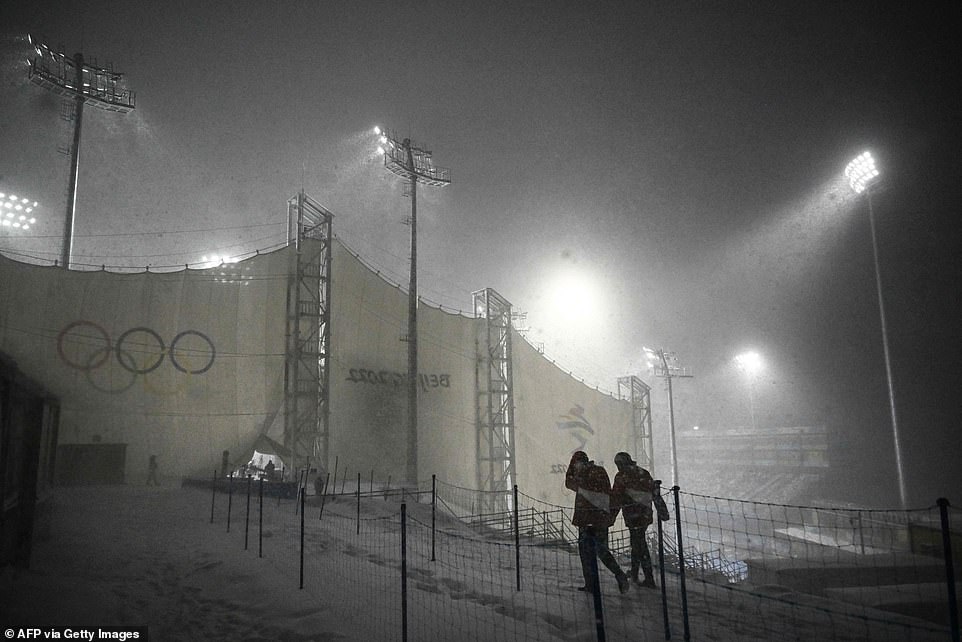 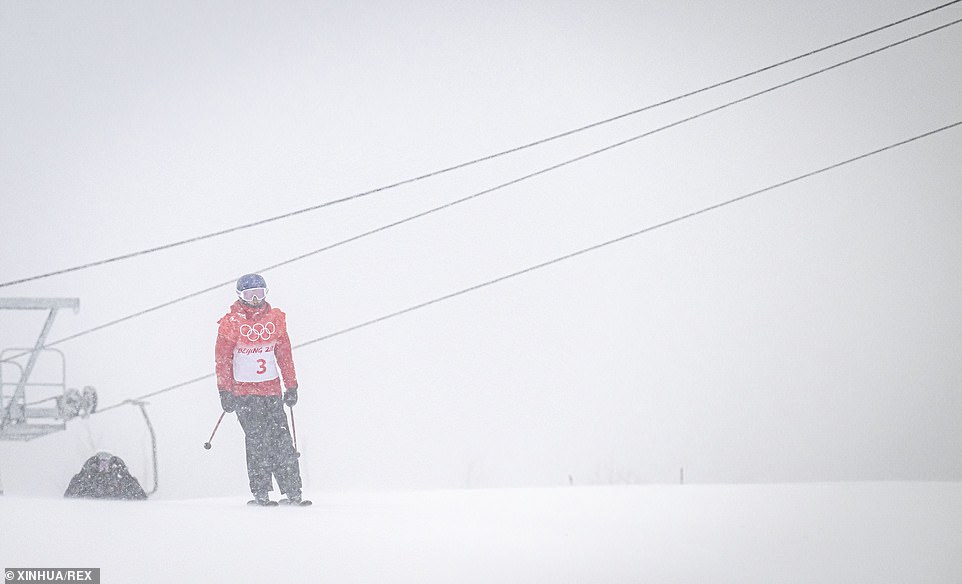 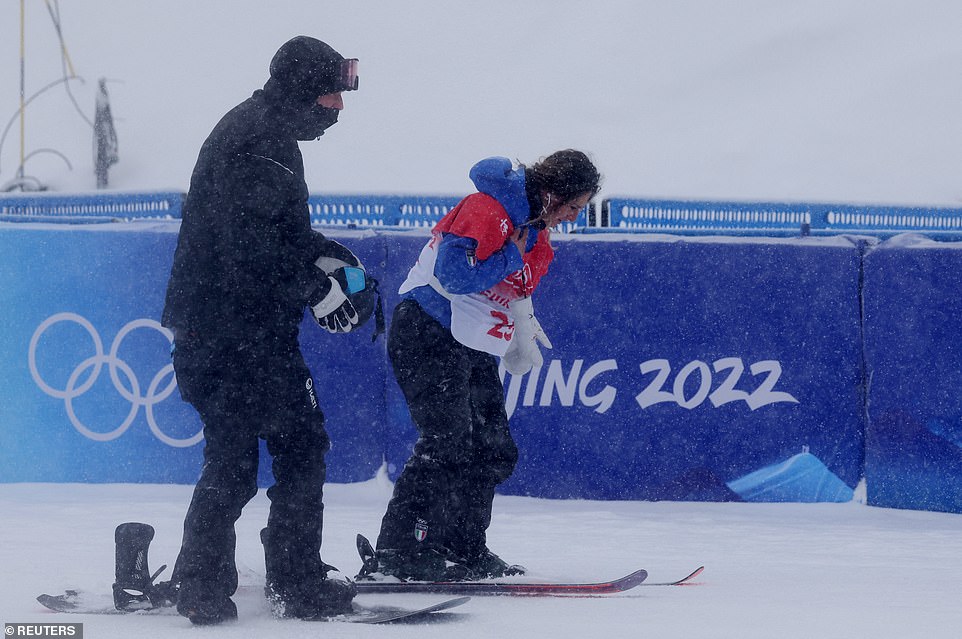 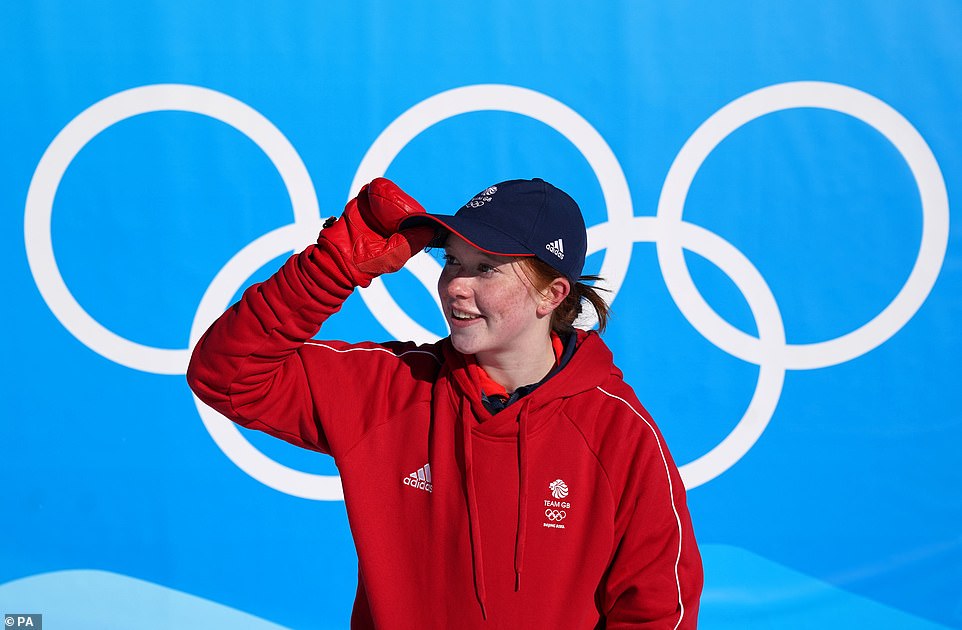 With the runs and courses already covered in the more icy artificial snow, the new layers of fresh snow made the surfaces hazardous and unstable.

The International Olympic Committee said ‘thousands of staff’ had been scrambled to clear snow off competition areas.