Winter Storm Diego sweeps across the southern US dumping snow, sleet, ice and rain across 16 states

A severe weather system dubbed Winter Storm Diego will sweep through the southern US and up the Atlantic coast over the weekend, bringing with it a widespread mess of snow, sleet and freezing rain, meteorologists say.

Winter storm watches, advisories and warnings have been issued across a massive area spanning from New Mexico to North Carolina.

The storm system is currently dumping snow and freezing rain in western Texas and southwestern Oklahoma, and an area of wintry precipitation has developed from northern Arkansas into northern Tennessee.

The threat will move east through the weekend, bringing up to two feet of snow to mountain areas of the Carolinas and Virginia.

North Carolina Governor Roy Cooper declared a state of emergency on Friday, saying: ‘North Carolina is gearing up for a major winter storm and we’re taking all steps necessary to have the resources we need in place to respond.

‘Snow may be beautiful but it can also be treacherous and I urge North Carolinians to take this storm seriously and get ready for it now.’

A severe weather system dubbed Winter Storm Diego is sweeping across a wide area of the US, threatening heavy rains in states along the southern coast and a widespread mess of snow, sleet and freezing rain further inland through the weekend 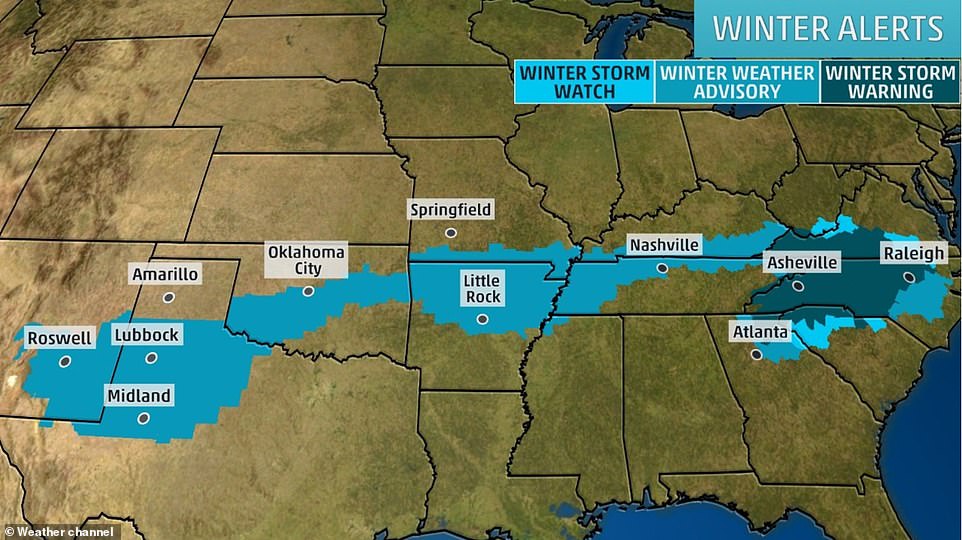 Winter storm watches, advisories and warnings are in effect in areas spanning from New Mexico to North Carolina 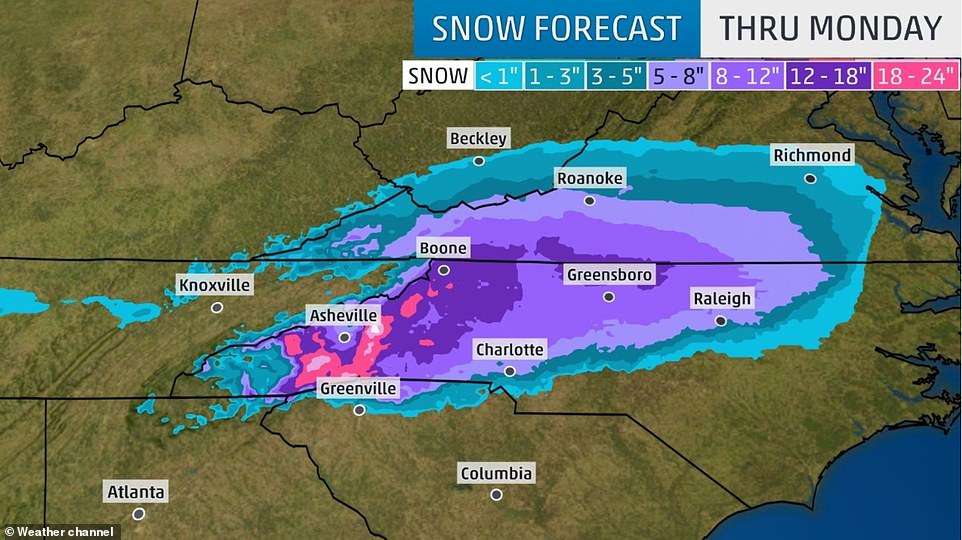 North Carolina Governor Roy Cooper declared a state of emergency on Friday ahead of the storm, which could bring up to two feet of snow to mountain areas of the Carolinas

North Carolina emergency management officials urged residents to stockpile food and water for three days, and to keep batteries on hand for flashlights and radios in case power is lost.

‘I’m worried. I’ve got the milk and bread in,’ said Mary Susan Bendl, 58, of Charlotte, referring to the provisions she bought ahead of the storm.

Charlotte is expected to get hit with a mix of sleet and snow that could produce 1-2 inches of ice, she said.

‘They’re already cutting trees away from power lines. It’s really unusual to have a storm this big this early in the season.’

Diego hit the southern plains with snow, ice and freezing rain, prompting Oklahoma Governor Mary Fallin to declare a state of emergency for all 77 of that state’s counties on Thursday.

‘By time we get to (Saturday) is when the snow will begin (in the Carolinas),’ said Richard Bann, a meteorologist with the Weather Prediction Center in College Park, Maryland. ‘We’re expecting snow in the southern and central Appalachians.’

The National Weather Service issued a winter storm warning for mountain areas of the Carolinas beginning at 7pm EST on Saturday and extending through noon Monday. 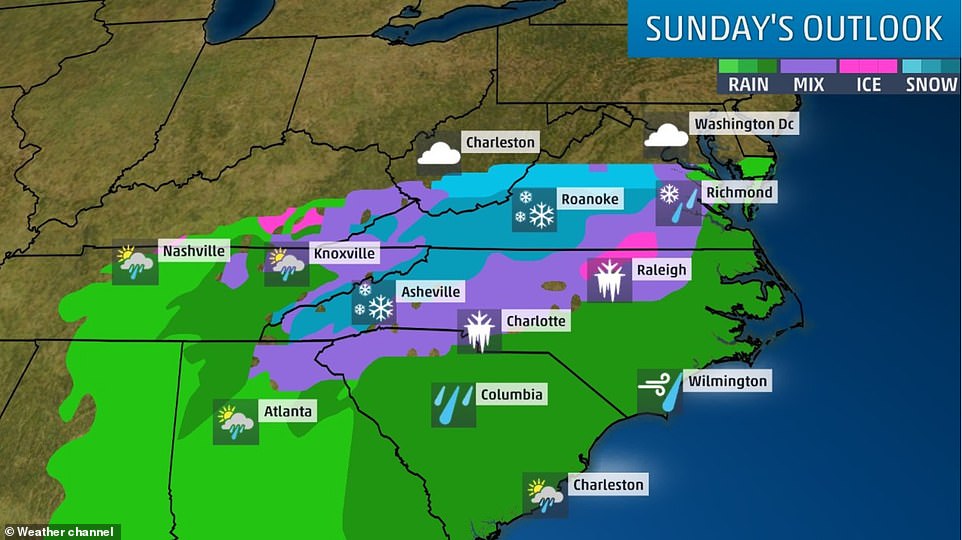 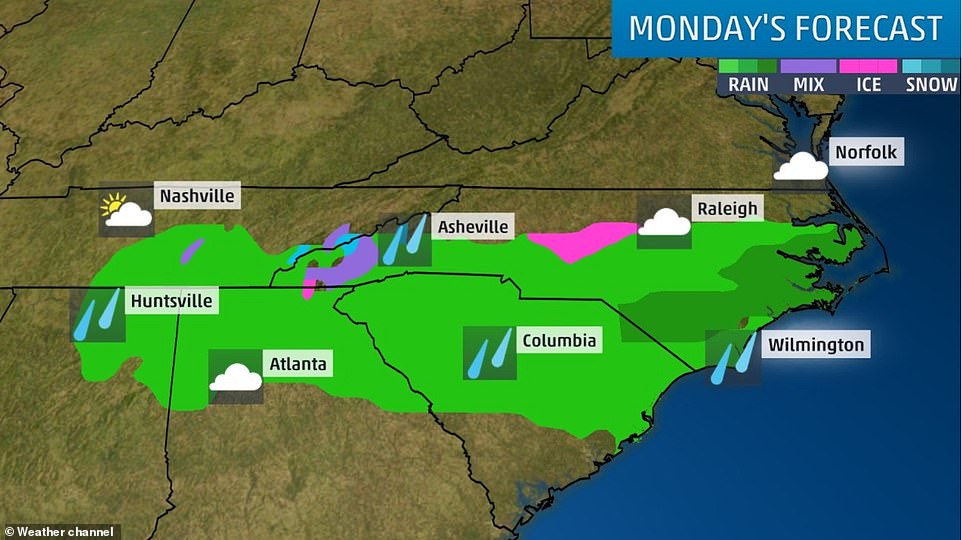 Flooding remains the biggest threat posed by the southern portion of the weather system as areas from the lower Mississippi Valley to the southern Atlantic Seaboard brace for between two and eight inches of rain through the weekend.

Rain and strong winds will put a damper on Saturday plans for those living in coastal areas from Louisiana to the Florida Panhandle before the threat heads into the Florida Peninsula on Sunday.

Many areas could be vulnerable to flash floods after above-average precipitation in November left the ground saturated, making it harder for additional rainfall to soak in, according to Accuweather.

‘Urban flooding can be made worse in areas where leaves have fallen and block storm drains,’ AccuWeather Senior Meteorologist Sosnowski said. 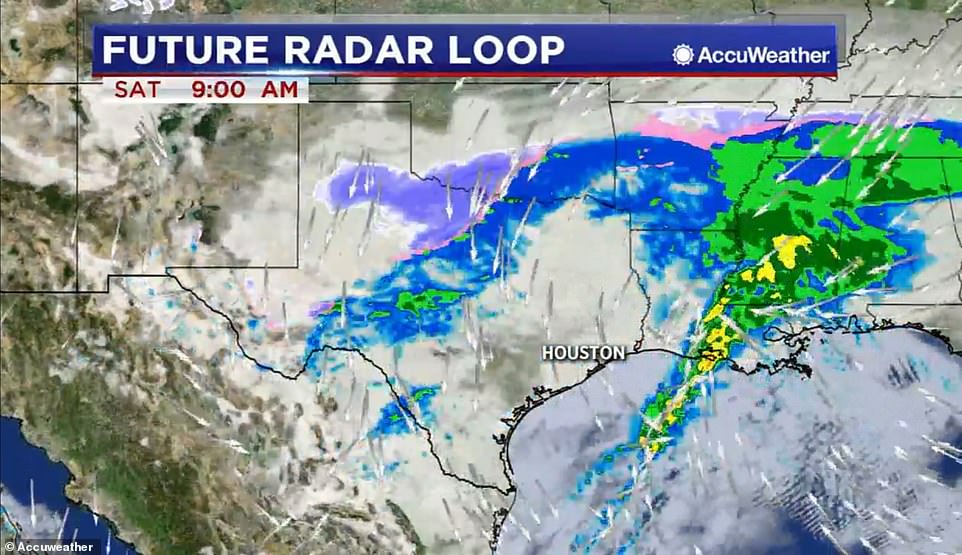 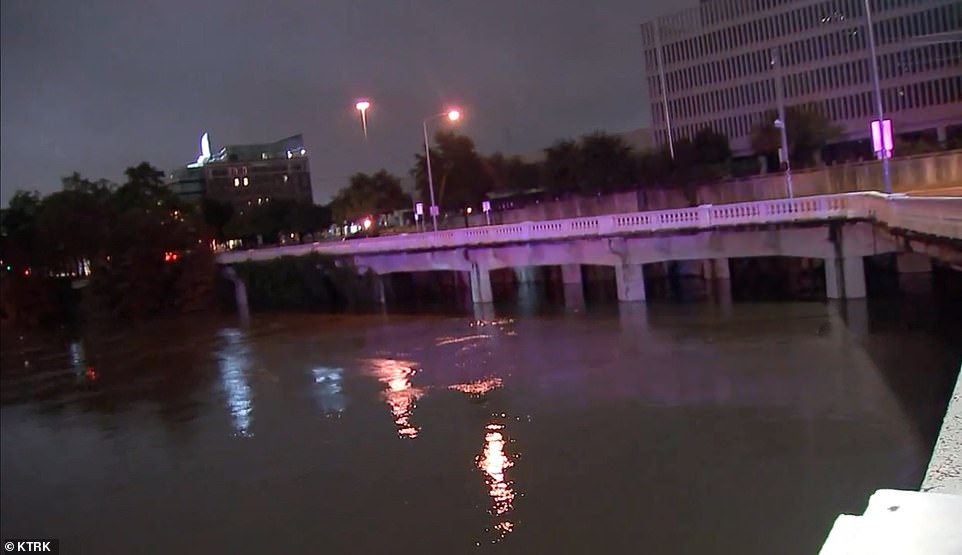 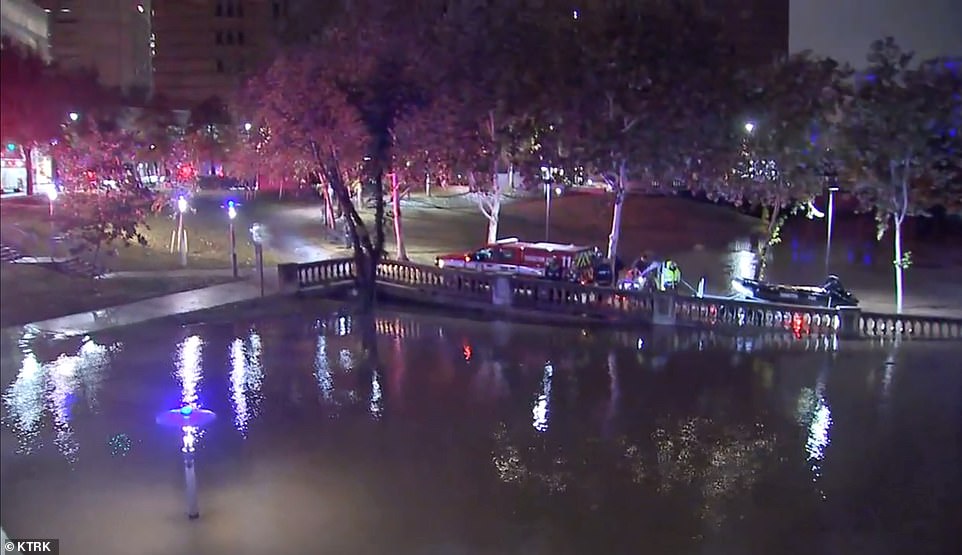 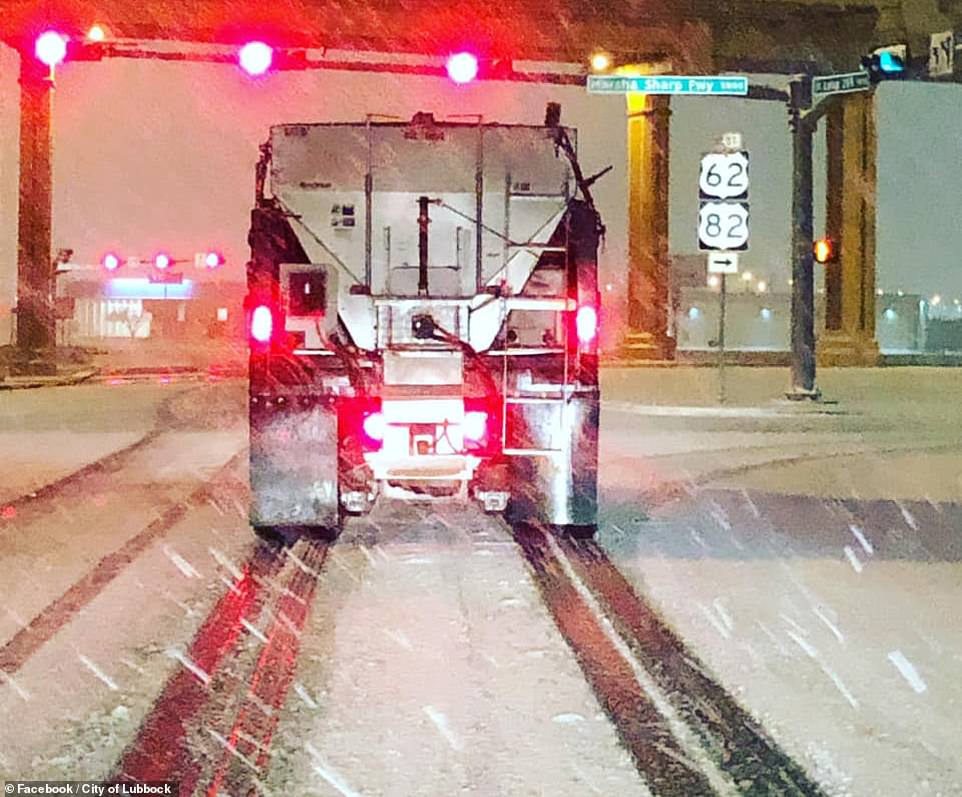 Parts of northern Texas and southwestern Oklahoma have been hit with heavy snow. A road in Lubbock, Texas, is pictured

Travel disruptions from rain, flooding and wintry weather are likely on roads in the Interstate 10 and 20 corridors.

Major airline hubs in Dallas, Houston, New Orleans and Atlanta will also be affected, with delays at airports in those cities causing a ripple-effect across the country.

Other airports that could be affected include Asheville and Raleigh-Durham International in North Carolina, Lynchburg and Roanoke in Virginia and Greenville-Spartanburg International, South Carolina.