Champion mare Winx has won her 30th consecutive race, continuing the incredible streak that began in May 2015.

Jockey Hugh Bowman put the equine superstar into space as they entered the final 200 metres, with the packed crowd cheering as she mowed down her competitors.

Despite being the last horse to jump from the barriers, the seven-year-old appeared in control throughout the race and won two lengths.

Champion mare Winx (pictured) has won her 30th consecutive race with victory in the Group 2 Apollo Stakes at Randwick, continuing the incredible streak that began in May 2015

Winx’s returned to the track on Saturday signals the start of what is expected to be her last campaign.

‘Very well. This time last year, I think it was a mile first up and even in the spring, she really sweated up quite bad and had a good blow,’ Waller said.

‘Today she was pretty calm to my eyes.’

Waller revealed the champion will return to Randwick in a fortnight for the Group 1 Chippin Norton Stakes.

‘Sydney is lucky they get to see her race a little bit more than Melbourne and other parts of Australia which are also important, but Sydney is our home,’ he said. 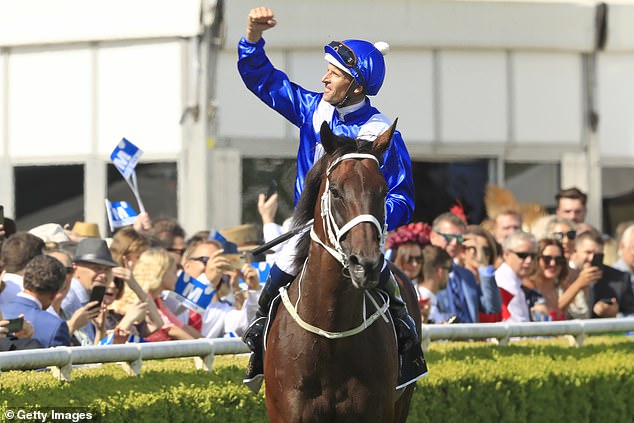 Despite being the last horse to jump from the barriers, the seven-year-old appeared in control throughout the race and won two lengths 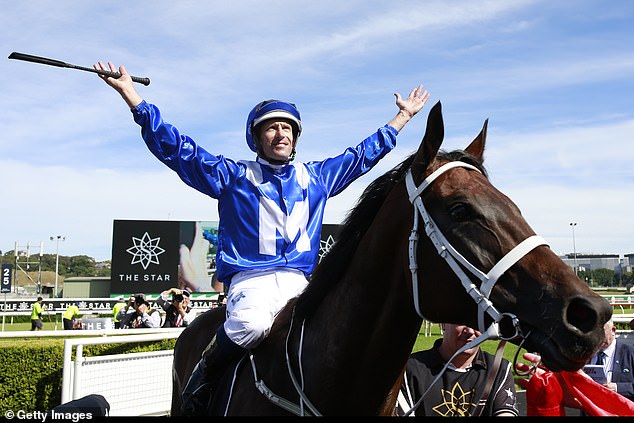 ‘She will run in the Chipping Norton and obviously people will be tune anything from far and wide to watch.’

The Group 2 win takes Winx’s career winnings to above $23,000,000 and extended her record for the most consecutive race victories by an Australian horse.

The world record for most consecutive wins for a thoroughbred racehorse is 56, set by Camarero in Puerto Rico between 1953 and 1955.