A Wisconsin couple has beaten incredible odds and has naturally conceived two sets of triplets in a row.

Experts say the chances of conceiving triplets naturally is one in 9,000 and the odds of it happening twice is one in 64million.

Tyana Stanton and Jarrell Covington already had a young daughter named Kyhlee when they learned they got pregnant with triplets, and at first they were terrified.

‘I was really scared. I was like “how did this happen?”‘ mother Tyana said to WTMJ.

While the pregnancy news came as a shock, it wasn’t a complete surprise as Tyana is a twin and has twin brothers.

The couple welcomed their first set of triplets in October 2018, two girls named Khyra and Khyla and a boy named Kingston.

Wisconsin couple Tyana Stanton and Jarrell Covington conceived two sets of triplets in a row, beating odds of one in 64million 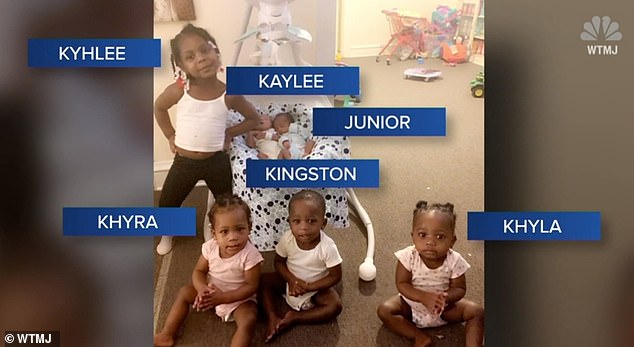 Family of eight! Now Tyana and Jarrell have six kids at home. Big sister Khylee was joined by first set of triplets Khyra, Kingston and Khyla then second set of twins (as Tyana lost one of the triplets during pregnancy) Kaylee and Junior 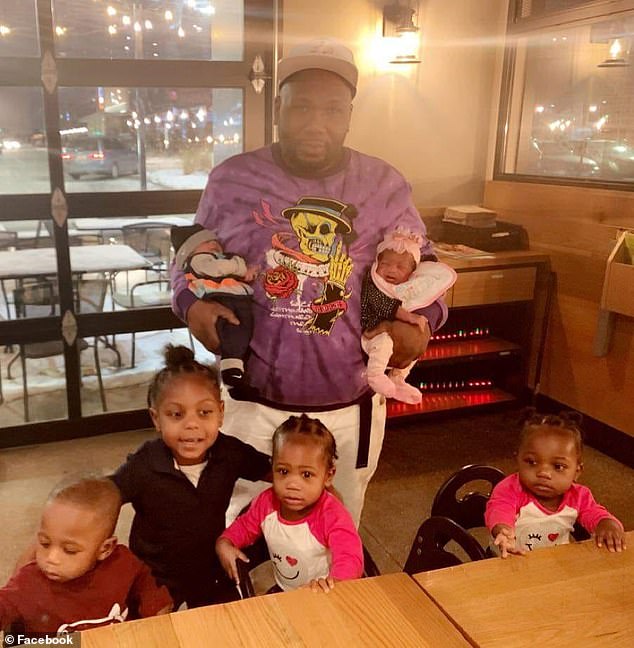 The couple said after the triplets arrived, they took measures to avoid another pregnancy.

‘Got on birth control right after the triplets cause I’m like “Ok, we’re not doing this again no time soon,”‘ Tyana said.

But six months later, the couple learned she was pregnant yet again with triplets.

‘I kept saying “no, you’re looking at my records from before,”‘ Tyana told her doctor in disbelief that she conceived triplets yet again.

Tyana was terrified with the news and called her husband. But the baby news sent him over the moon. 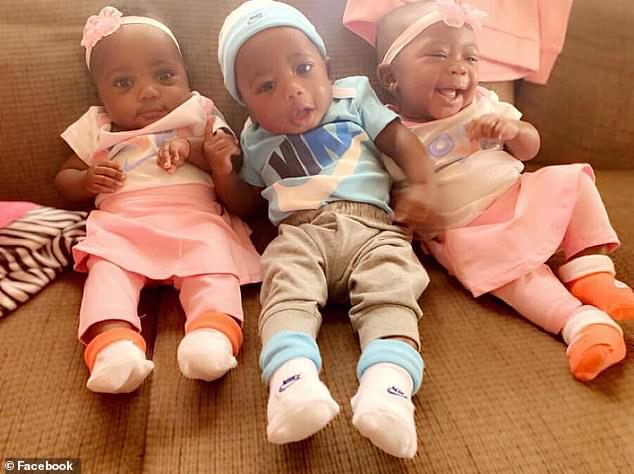 Triplets! The couple welcomed their first set of triplets in October 2018, two girls named Khyra and Khyla and a boy named Kingston 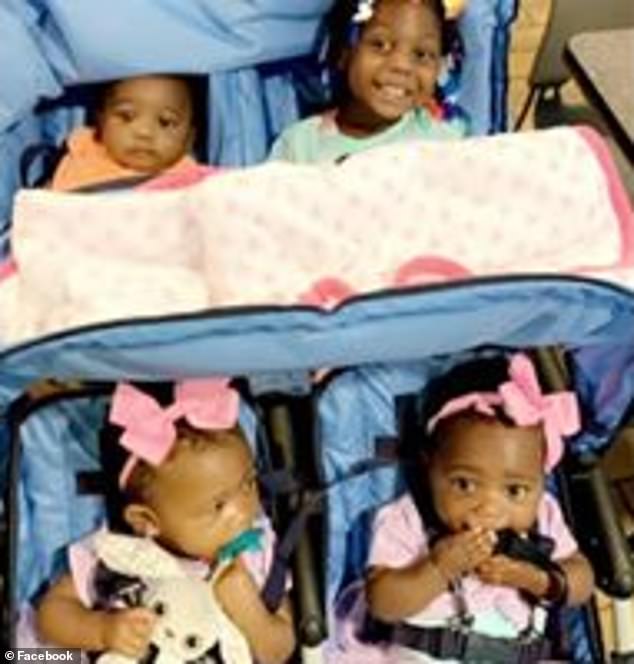 Full house! Tyana and Jarrell said their second triplet pregnancy came as a surprise as they had used birth control but still got pregnant 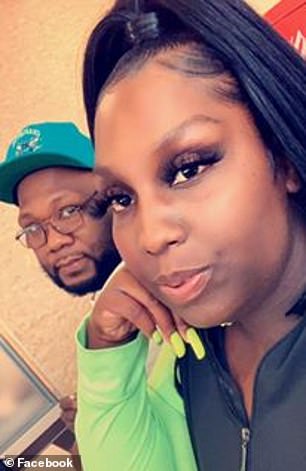 Tyana said she called her husband freaking out when she learned she was pregnant with her second set of triplets, and he was ecstatic

‘I called him from the doctor like crying hysterically like we are about to have our second set of triplets and he was just like “Yeah, yeah!”‘ Tyana said.

‘I was making history,’ Jarrell said.

The couple lost one of their kids during the second triplet pregnancy. Tyana and Jarrell mourned for the child and prepared for twins.

The twins Kaylee and Junior were born in January, just 15 months after the birth of the triplets.

Now the family is busy juggling a full house with six kids.

‘With kids period, not just multiples it’s all about trial and error,’ Tyana said.

‘We see the blessing in the midst of the chaos,’ Jarrell said. 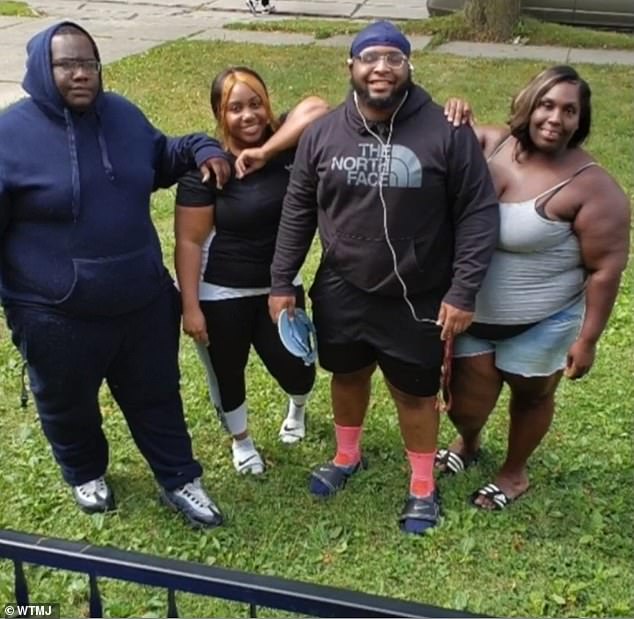 Mom Tyana Stanton herself is a twin and has twin brothers (pictured all together above), so she new multiple births run in the family 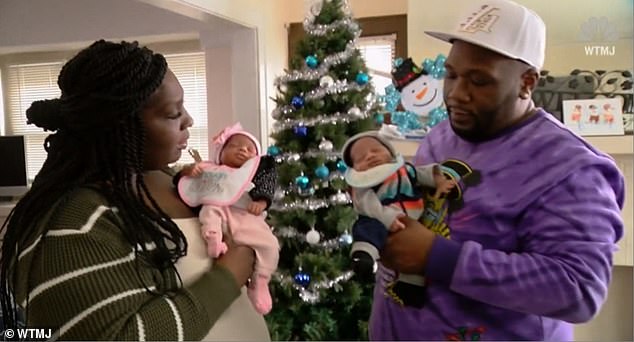 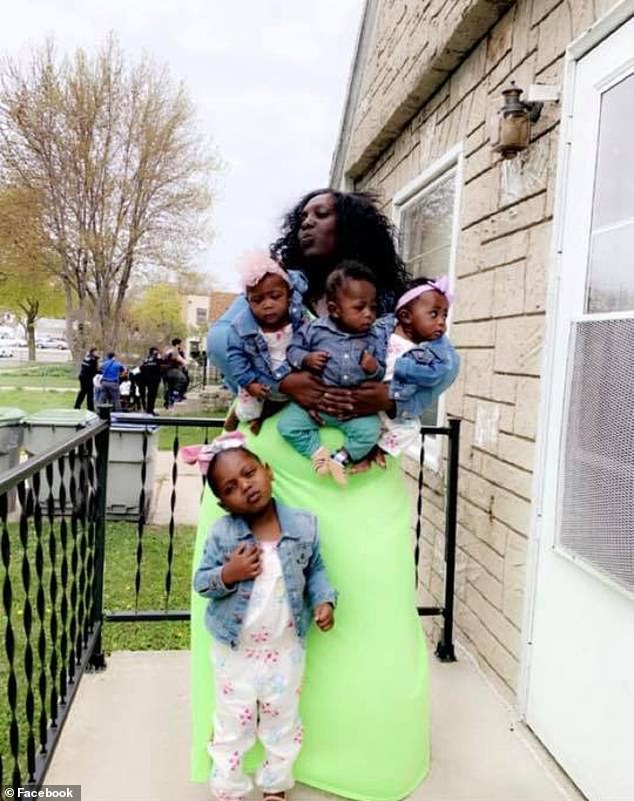 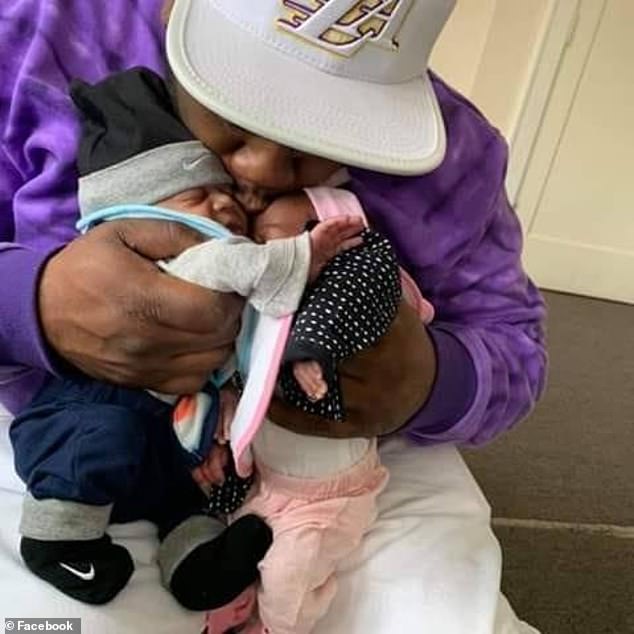 Too much to handle! Jarrell gives his twins who were born in January 2020 a kiss on the head 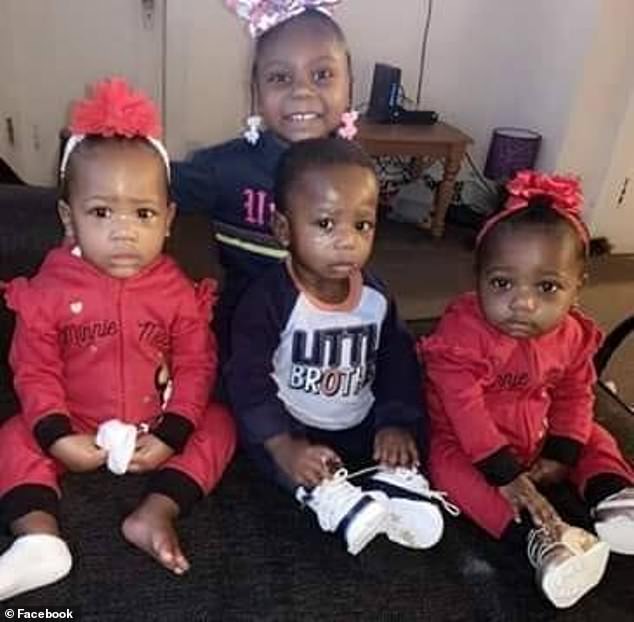 Bundles of joy! Big sister Kyhlee poses with her triplet siblings Khyra and Khyla and a boy named Kingston

When asked what how she responds when people tell the couple they’re crazy for having so many children, Tyana said, ‘I just say I’m crazy blessed. I was chosen for this. I tell people that all the time.’

‘We rockin’ it love and multiples. I’ve got six different people that’s always going to love me for me so it’s like the best,’ Tyana said.

The family has set up a GoFundMe page to help with diapers and their baby needs.