The gunman who opened fire at the offices of a Wisconsin IT firm wounding three people before being killed by police has been identified as a 43-year-old employee.

Medical examiners say Anthony Tong, from a suburb of Madison, was responsible for the shooting at WTS Paradigm’s offices in nearby Middleton on Wednesday.

Police say Tong had no criminal history in the state and, despite carrying out a raid on his home on Thursday, they still have no motive for the crime.

Anthony Tong, 43, has been named as the man who opened fire inside the offices of software firm WTS Paradigm in Wisconsin on Wednesday, wounding three before being killed by cops 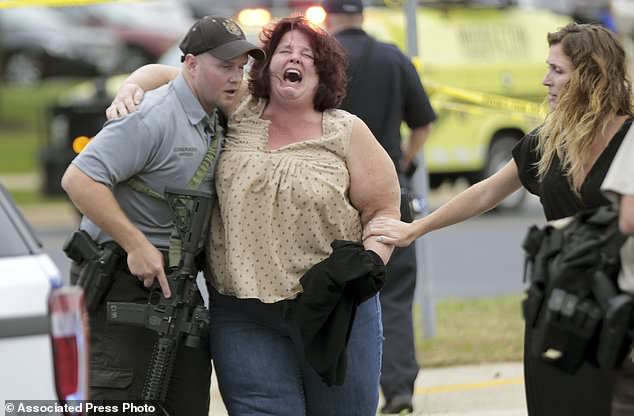 A woman is escorted from the software company’s offices after the shooting. All three people taken to hospital are now in serious but stable condition

‘I’m dying to know the motive,’ Middleton Police Chief Chuck Foulke said told reporters Thursday. ‘We just have not found one yet.’

Megan McDonough and boyfriend Sawyer Smith live four doors down from Tong and saw the raid happening on Thursday.

McDonough told Channel 3000: ‘It blows my mind. I’m at a loss for words. It just all happened so fast.

‘He has a fenced-in yard. We never saw any pets or kids or anything.

‘People snap. You don’t know what is going on in people’s minds. Thank God it didn’t happen here.’

Foulke would not reveal what was found at Tong’s home, but said that he lived alone.

Three people were injured during the shooting and taken to hospital, with one originally listed in critical condition and two in serious. 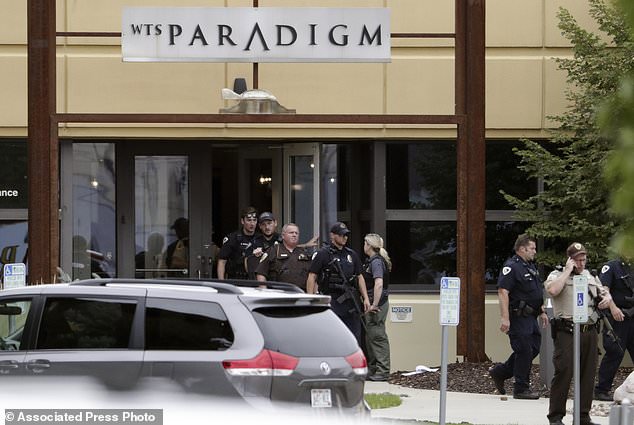 Officers carried out raids on Tong’s house, which is around six miles from the firm’s offices, but say they still have not discovered a motive 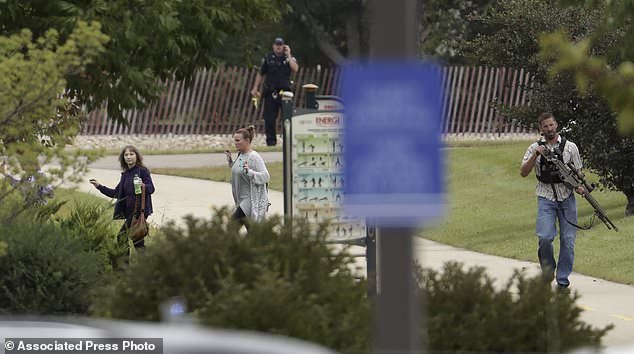 Tong wounded three people seriously and another who was grazed by a bullet before two police officers opened fire, killing him

Police say all three are now in serious condition after one improved. A fourth person was grazed by a bullet but required no hospital treatment.

Foulke said investigators had interviewed two of those victims. He did not say what they divulged but called the conversations ‘really important interviews.’ The victims’ names haven’t been released.

WTS Paradigm officials issued a statement Wednesday saying the incident was shocking and heartbreaking, but the company provided no further information.

Officers were called to WTS Paradigm in Middleton, a Madison suburb of about 17,440 people, just before 10:30am Wednesday. 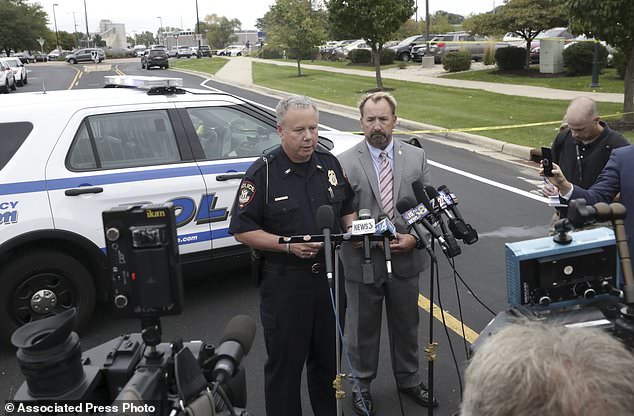 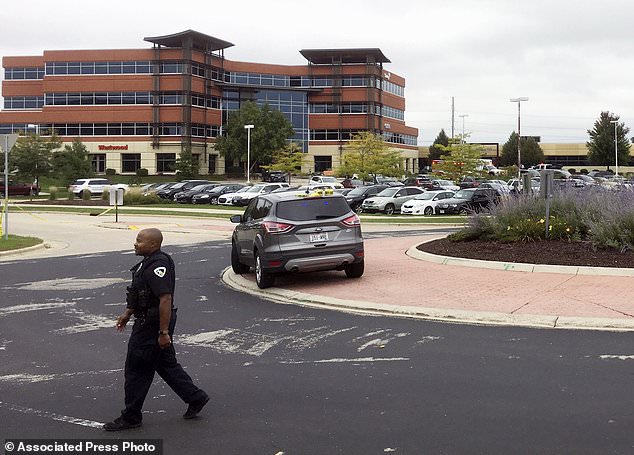 The police chief said he didn’t know if the victims were targeted or shot at random. He added that federal authorities are tracing the history of the pistol to determine how Tong acquired it.

WTS Paradigm makes software for the building products industry. A Wisconsin State Journal profile from 2014 listed company employment at about 145 workers and noted the company was looking to move to a larger location at the time.

The company has posted You Tube videos depicting a loose atmosphere in an upscale office marked by a breakroom that resembles a bar, a ping-pong table and a shuffleboard table, and workers in jeans and sweatshirts.

One video depicts an office Olympics in which workers compete by pedaling themselves around in their chairs and toss garbage in wastebaskets.

Another video touts the company’s charity contributions, including donations to the Madison Children’s Museum, the American Diabetes Association and Habitat for Humanity.