Wisconsin man, 26, ‘ingested’ his dead mother’s ASHES ‘which he mixed with marijuana’

A Wisconsin man who has been arrested on drug trafficking charges along with his girlfriend has admitted to mixing his deceased mother’s ashes into marijuana and ‘ingesting’ the concoction.

Austin Schroeder, 26, and Kaitlin Geiger, 21, were arrested in their Menomonee apartment on January 10 on counts of manufacturing, possession and distribution of THC and other controlled substances, as well as maintaining a drug trafficking place and possession of drug paraphernalia.

According to police, they were tipped off last month about a drug deal that took place in November involving Schroeder and his girlfriend of four years. 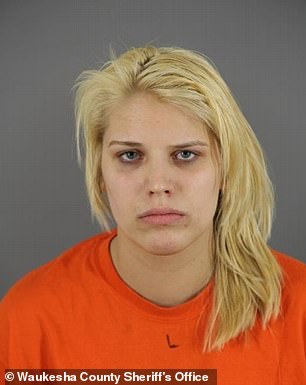 Austin Schroeder, 26 (left), and his girlfriend, Kaitlin Geiger, 21 (right), were arrested in Wisconsin last week on counts of manufacturing, possession and distribution of THC, which the man allegedly ‘cut’ with his mother’s ashes and ingested 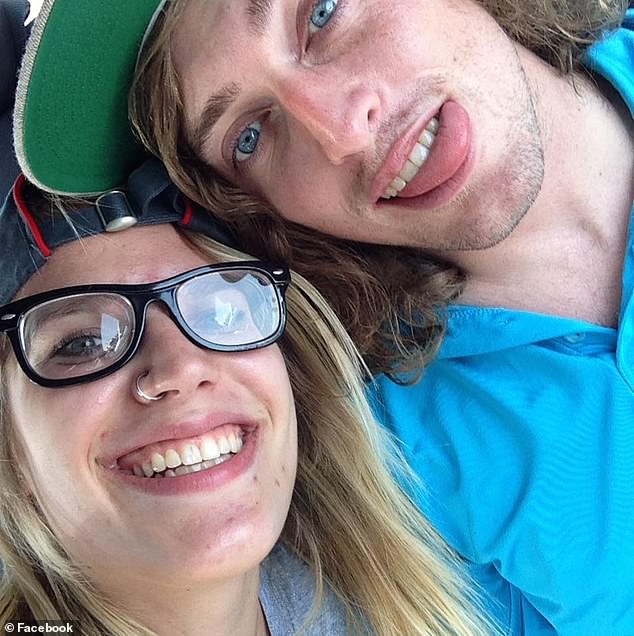 The pair are suspected of operating a drug den out of their Menomonee, Wisconsin, apartment, and selling controlled substances to friends and undercover cops

The informant told investigators that they had seen several pounds of marijuana, THC edibles and a pipe used for smoking methamphetamine at Geiger and Schroeder’s apartment, and were able to buy illegal drugs there, according to documents cited by Fox 6 Now.

As part of the investigation, police arranged drug buys from the suspects using confidential informants between January 6-8.

On January 10, the Waukesha County Metropolitan Drug Enforcement Group executed a search warrant at the couple’s home and seized suspected drugs, including dried poppy pods and MDMA, and paraphernalia.

They also found three safes in Schroder’s room, which contained unknown powders and vegetable-like substances, as well as a large amount of gold and platinum, according to police.

During an interview with detectives, Schroeder allegedly admitted to adding the cremains of his mother, who passed away last November, into a variety of substances, some of which he ‘ingested.’ 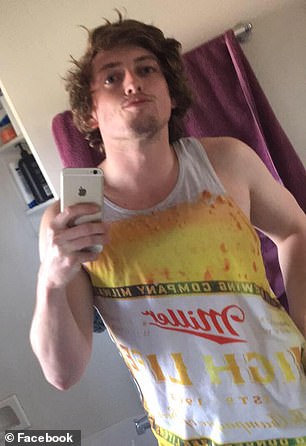 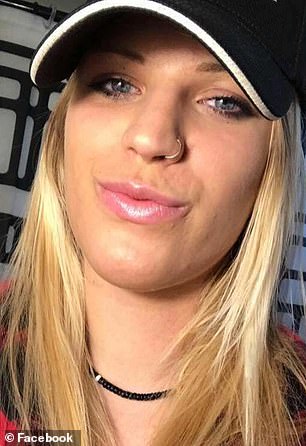 Schroeder claimed he bought various substances legally and traveled across state lines to purchase THC-infused gummies. Geiger told police her boyfriend cooked drugs on the stove and had gold and platinum in his safe

The 26-year-old told detectives that he legally purchased large amounts of unknown powders and marijuana-like vegetable material, which he said he thought was a CBD flower that was legal.

He also admitted to travelling across state lines to Illinois and Michigan to buy THC-infused gummies and marijuana.

Under questioning, Geiger told police that Schroeder cooked up drugs using chemicals in a pot on the stove in their apartment, and that her friends would come over and buy drugs from him.

She also claimed that her boyfriend had purchased the gold and platinum during a 2017 trip to Germany.

The pair made their initial court appearances on Tuesday. They are due back in court on January 28.