By Jamie Pyatt In Cape Town and Katie Feehan For Mailonline

Witch doctors are believed to be behind the barbaric killing of over 100 vultures at South Africa’s best-known safari park butchering them for use in black magic potions.

A buffalo was first poisoned and when vultures began to circle over it in the Kruger National Park it was not long before they flew down for a feast on the stricken beast.

As the scavengers began to clean the carcass the powerful poison entered the birds’ bodies then they began to collapse in droves dying in agony around the half consumed buffalo.

Even a lone hyena which had moved in for its share of the kill was found dead amongst the huge pile of vultures strewn around the buffalo after wolfing the poisoned meat.

The illegal trade in vulture body parts – especially heads, viciously curved beaks and talons known as ‘muti’ – sees them turned into potions and is threatening their existence.

Rangers on patrol came across the grisly mass poisoning near the Punda Maria main gate on Thursday and rescued 20 very ill vultures near a fence bordering a local village. 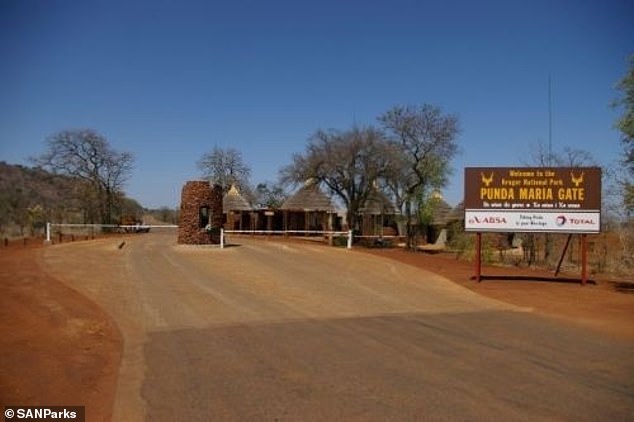 They were rushed in a rangers station wagon to a nearby rehabilitation centre for emergency treatment by the Endangered Wildlife Trust.

Two similar poisonings happened at the Kruger last year and at the same time as the latest mass poisoning another 50 vultures were poisoned over the Botswana border at Chobe.

‘The scene has been cordoned off for further investigation and the carcasses have been burned to ensure that there are no further poisonings and we have 20 birds still alive.

‘Initial indications are that the carcasses were being harvested for their body parts and SANParks can confirm that we have referred this matter to police for full investigation.

‘Rangers on patrol discovered the carcass of a buffalo which appears to have been laced with poison and they found over 100 dead vultures and a hyena that fed off the carcass. 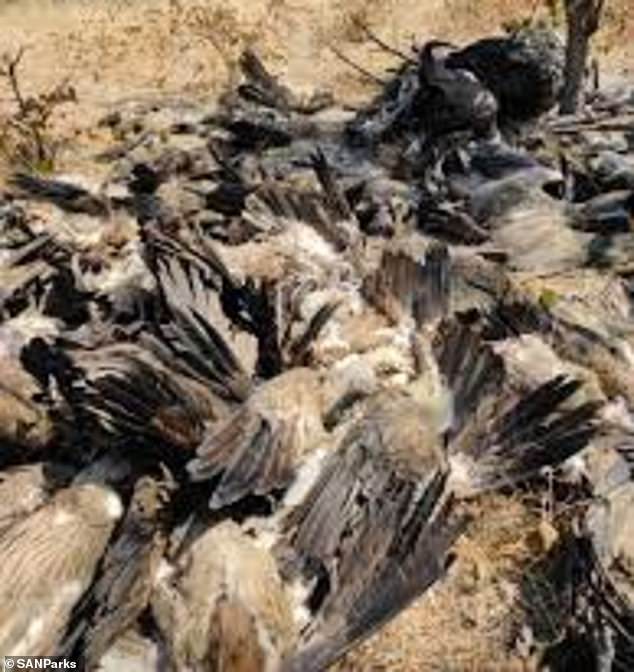 Experts say the white headed vulture is critically endangered and illegal trade in body parts is putting the species at increasing risk of extinction. Pictured: vulture carcasses at the park

‘Poisonings on this scale given the critical nature of vultures globally place this critically endangered species at increasing risk of extinction so we have to end it now,’ she added.

Traditional healers or witch-doctors believe vulture body parts can give those who take their potions clairvoyant abilities and increase their intelligence and cure terminal illnesses.

They also claim the ‘muti’ can put those who buy it the ability to appease the ancestors and the vulture-based concoctions have even been promoted to villagers as a cure for Covid.

Many highly superstitious locals also believe the vulture possesses psychic powers and that ‘muti’ made from vulture brains help to see the future and can even help win the lottery.

A research paper published in the Journal of Raptor Research last year said: ‘Vultures were acquired for use in traditional medicine by poisoning them in protected areas like KNP. 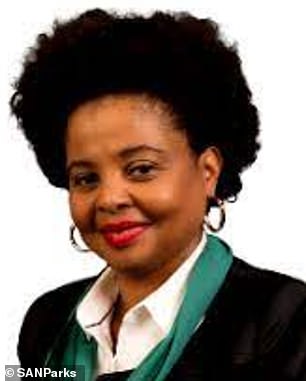 Researchers who spoke to 51 traditional healers in Mpumulanga Province alone reckon they use 800 vultures a year but that throughout the continent the figure would be far higher.

With just 270,000 White Backed vultures estimated to be left the International Union for Conservation of Nature has them ‘red listed’ as a critically endangered species.

They are very slow breeders hatching only one egg a year and with the current rate of poaching for witch-craft purposes it is estimated they may be extinct within 45 years.

The savage scavengers weigh up to 9lbs, are 3.5 feet long and have a 7-foot wingspan and their eyesight is so good it is 20 times better than humans and they can see 8 times as far.

Their hooked and powerful beaks can rip a kilo of meat off a dead animal and consume it within a minute and will eat until they are so full that they are often unable to take off again for hours.

They soar up to 8,000 ft looking for dead or dying animals on the savannah below and a committee of vultures will wait patiently in trees for 36 hours for an animal to die.

The worst case on record of vulture poisoning was in Botswana in 2019 when three elephants were poisoned and 537 vultures died after eating their deadly remains.