A new witness last night claimed she saw Prince Andrew in a nightclub with Virginia Roberts on the night he is accused of having sex with her, adding ‘He looked like he was having a great time’.

Shukri Walker says the duke danced and chatted with the Jeffrey Epstein victim – and says she is certain it was the prince because she stepped on his foot and then apologised.

Miss Roberts says she was forced to have sex with Andrew after they left the Tramp nightspot in central London in 2001.

The prince denies the claims and says he was not even in the Mayfair club on the evening in question because he had taken daughter Beatrice to Pizza Express in Woking, Surrey.

The events of March 10 are at the heart of the allegations against Andrew. Miss Roberts – now Giuffre – was a ‘sex slave’ of the duke’s friend, paedophile Epstein.

Prince Andrew, Virginia Roberts, aged 17, and Ghislaine Maxwell at her townhouse in London on March 13, 2001 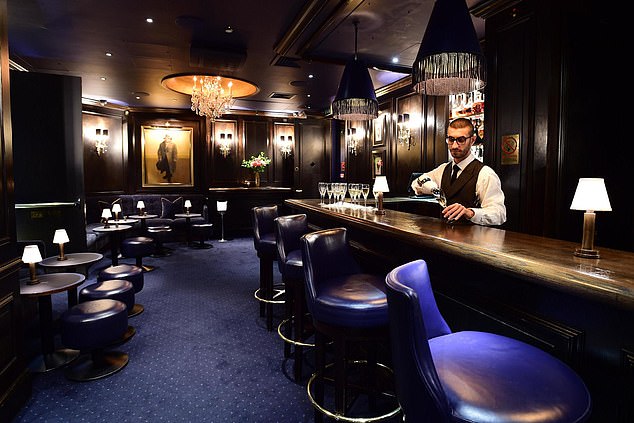 Miss Walker told The Sun: ‘I remember him dancing and chatting with the young girl.’

She said she remembered the night well because at one point she trod on Andrew’s foot.

Miss Walker said she had decided to speak out after seeing Andrew’s now infamous Newsnight interview with Emily Maitlis last year, in which he denied having sex with the then 17-year-old Miss Roberts.

She contacted Lisa Bloom, an American lawyer who represents some of Epstein’s victims. The lawyer has reportedly passed on the witness account to the FBI.

Miss Walker said: ‘When I watched the BBC interview and saw Prince Andrew deny knowing Virginia, saying he has no recollection of that night I had to come forward.

‘Because I was there and I do have a recollection of it.’

She said she saw the Duke of York in the club while she was dancing with a male friend: ‘At some point I was dancing with him and stood on the feet of one of the men sitting in the corner and I said, ‘I’m sorry’.

‘And he was smiling. He said, “No problem”. My companion said that the man who I stood on was actually Prince Andrew.

‘He looked like he was having a great time. And he was with this young girl who was close to my own age, perhaps even a bit younger than me.

‘They were not that alone. They were with the woman who has just been arrested, Ghislaine Maxwell, and Epstein. I will never forget the night because I was told this is a real prince.

‘That’s the moment that stood out for me. I don’t think I would have remembered otherwise.’ 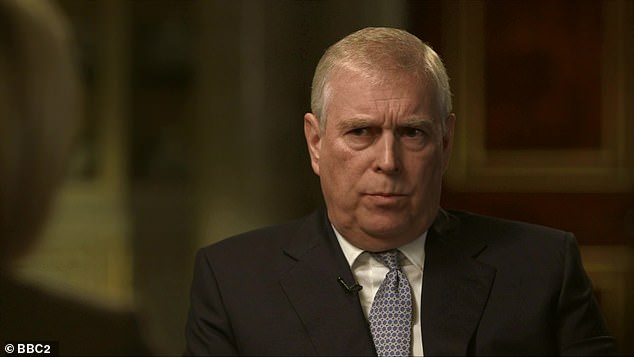 Shukri Walker said she had decided to speak out after seeing Andrew’s now infamous Newsnight interview with Emily Maitlis last year (pictured) , in which he denied having sex with the then 17-year-old Miss Roberts 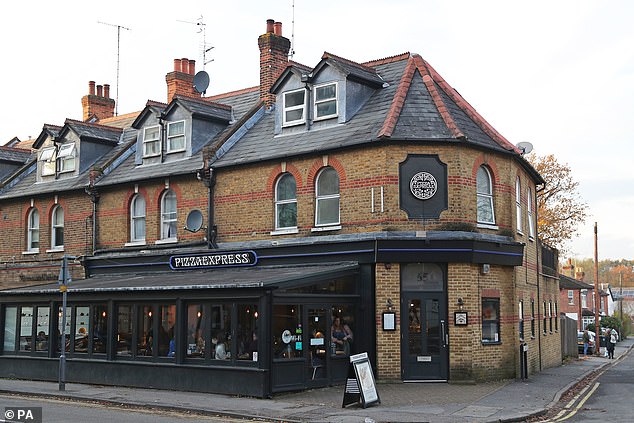 In the interview, the prince denied being in the Mayfair club on the evening in question because he had taken daughter Beatrice to Pizza Express in Woking, Surrey (file photo)

Miss Walker said she remembered Miss Roberts having an ‘awkward expression’ on her face.

‘I do remember the little girl perhaps was a little bit drunk or just had a weird expression, an awkward expression,’ she added. ‘But she wasn’t smiling, it was the opposite of smiles.’

Now 36, Miss Roberts claims she was forced to have sex with the prince at Maxwell’s London house, where the pair were said to have been pictured.

However, Andrew maintains he does not remember meeting her and that the photo is fake.

The royal has been under intense scrutiny since Epstein killed himself while in custody in New York last year.

It is claimed that he met Miss Roberts with Epstein and his friend Miss Maxwell.

After a long time missing, the British socialite was tracked down last month and is now in custody in the US charged with sex trafficking.

Lawyer Miss Bloom says she is a credible witness but the FBI decided it did not need her help.

Buckingham Palace has said Miss Roberts’s claims are ‘false and without any foundation’.