Witty answers given by students on their test papers

It is rare for anyone to actually enjoy sitting a test paper.

But these school children may be the exceptions that prove the rule – as they showed off their wit with their answers to particularly tricky questions.

Some of the most hilarious responses were shared in an online gallery, with many teachers left baffled by the answers.

A number of the cheeky responses involved rather literal readings of the instructions, while others tried to pick holes in the questions.

But the youngsters may be too smart for their own good, unfortunately earning no marks for their clever remarks.

However, they certainly won respect from social media users for their ability to think outside the box.

Some of the most hilarious answers given by pupils on test papers have been shared online. This response was a rather good hypothesis 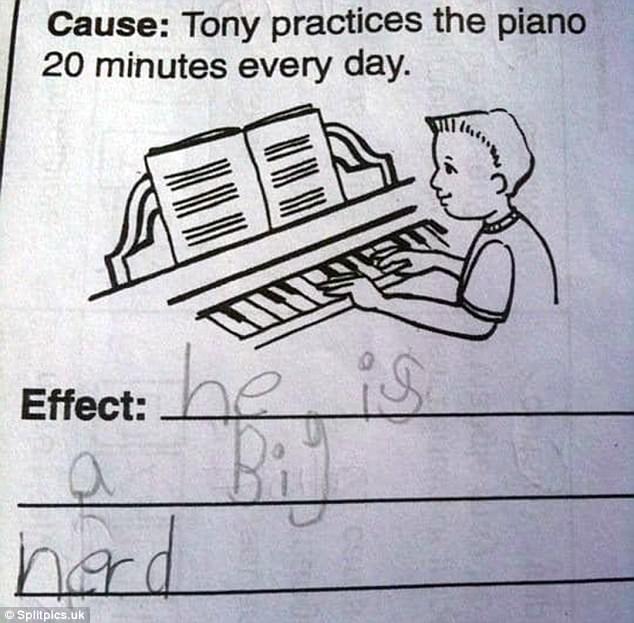 Meanwhile, this rather cutting answer was given in response to a question about a boy who practises the piano 20 minutes a day 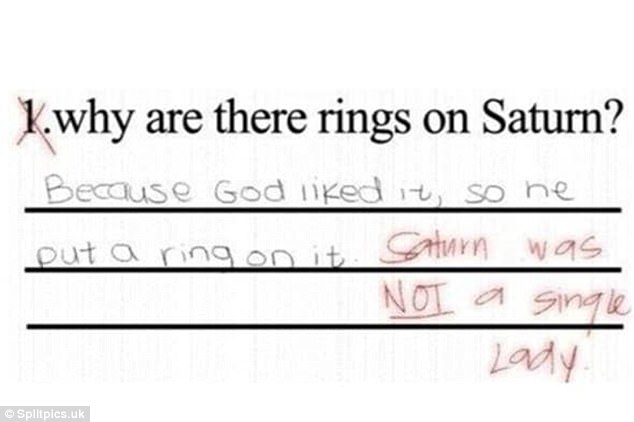 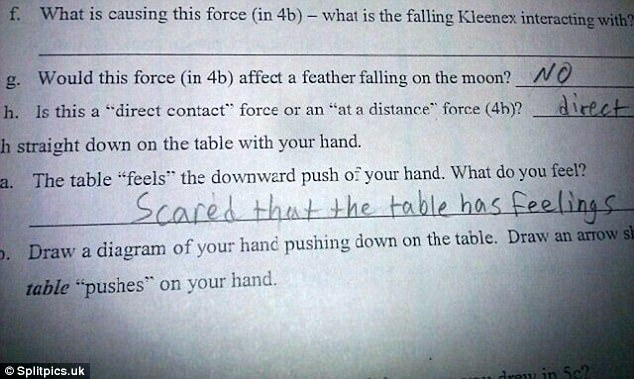 Meanwhile, this reading of the question led to a comical answer about the table’s feelings 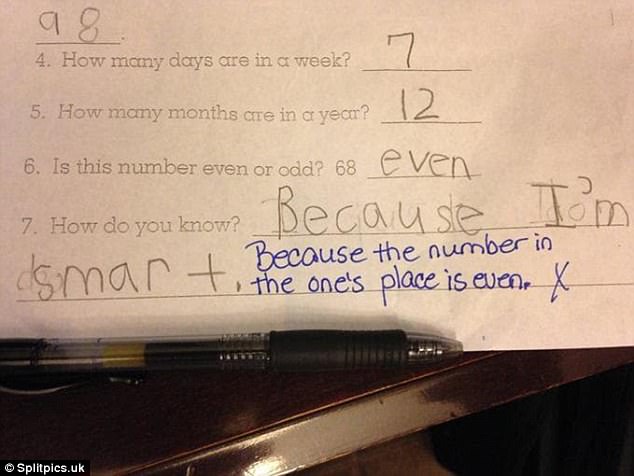 This answer isn’t technically wrong, although the teacher marking it didn’t seem to agree 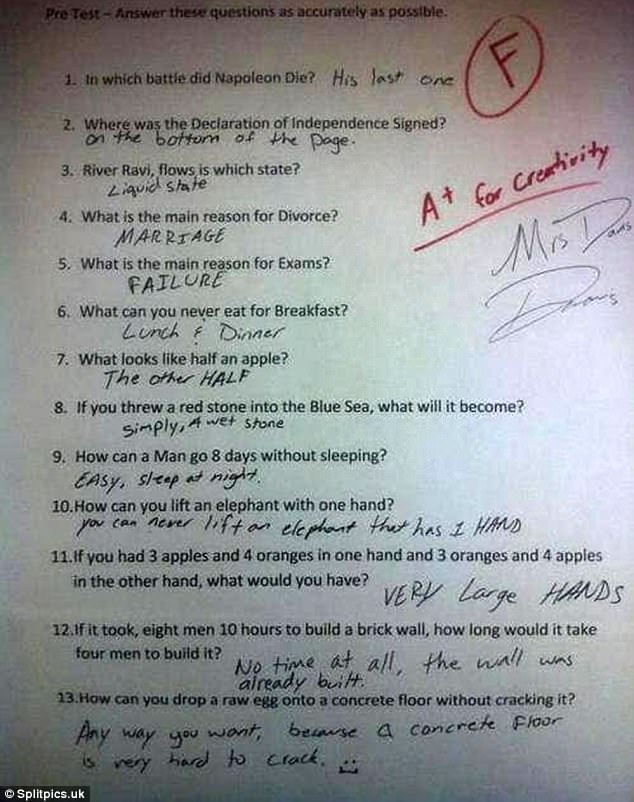 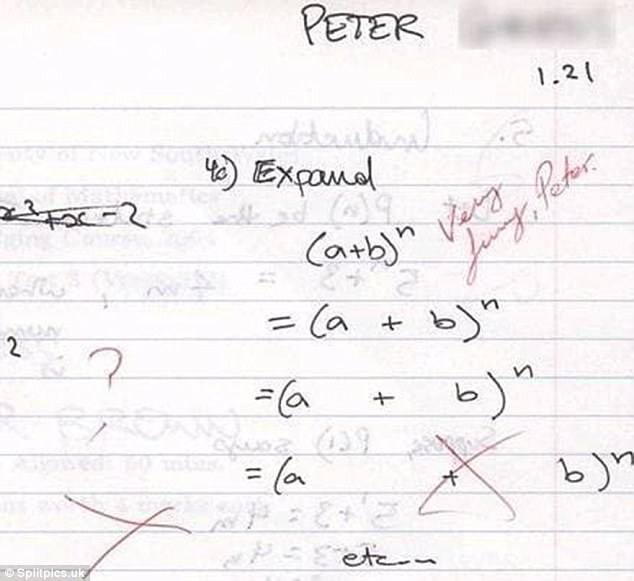 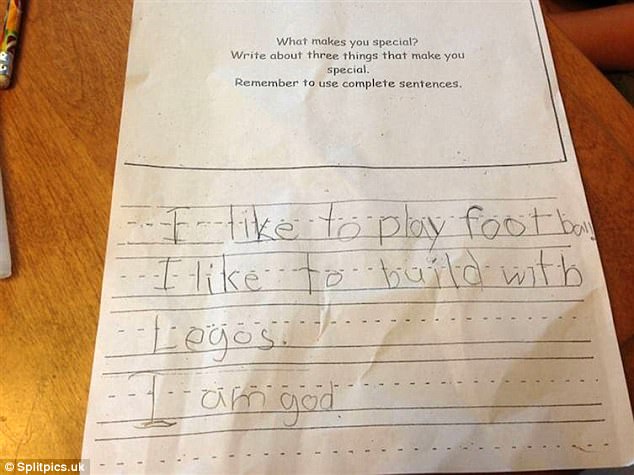 This student, who appears to be a Pokemon fan, gave a very in-depth answer about why the question was wrong 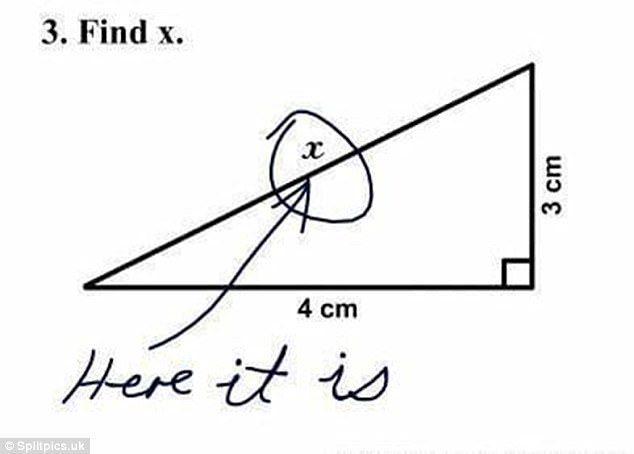 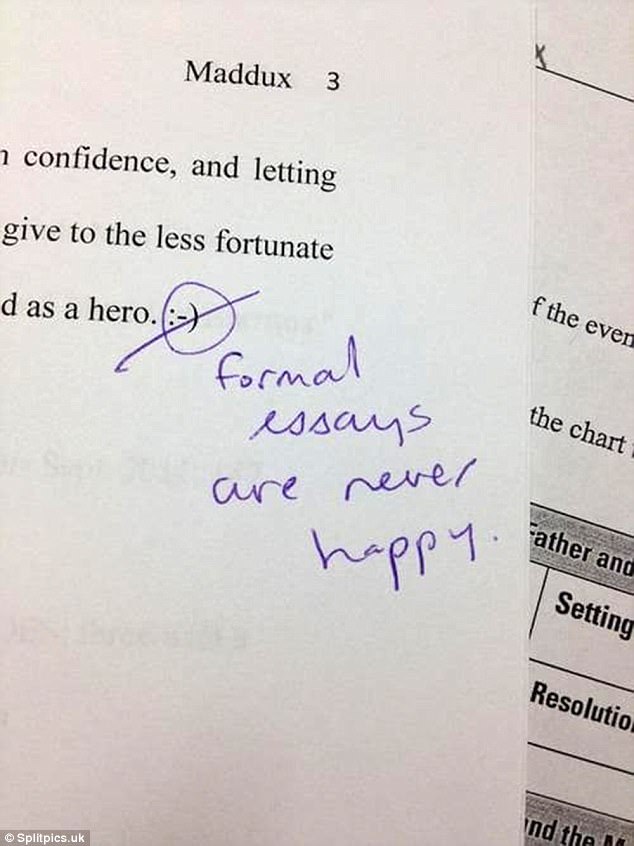 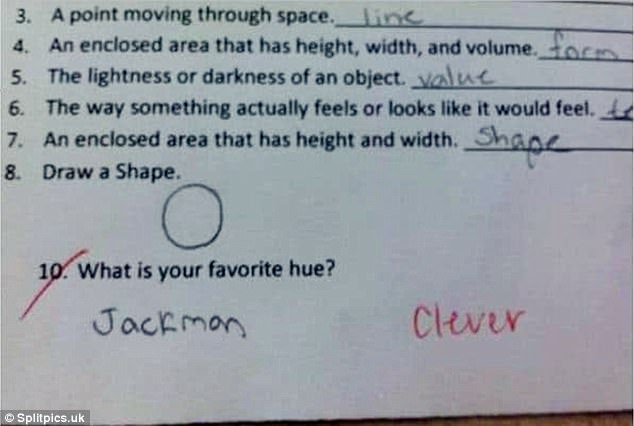 Meanwhile, this pupil gave an extremely witty response to who their favourite ‘hue’ was 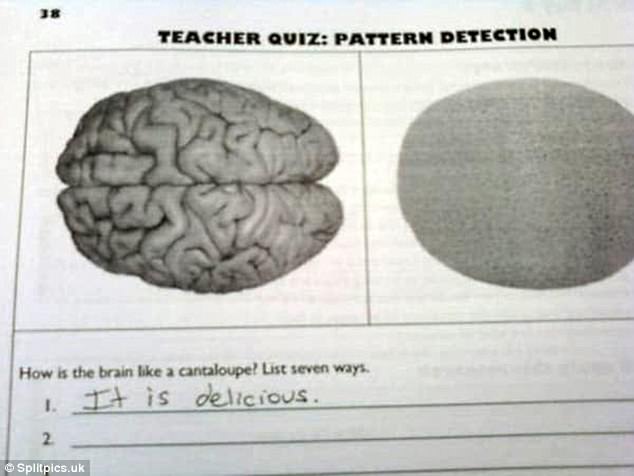 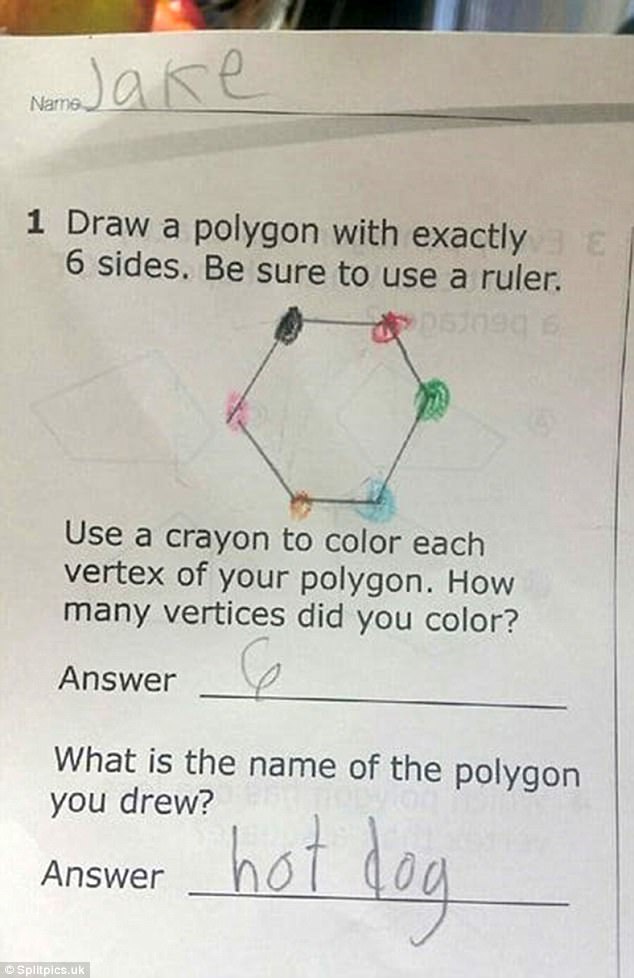 Another pupil’s answer appeared to be rather random, considering the polygon looked vastly different to a hot dog 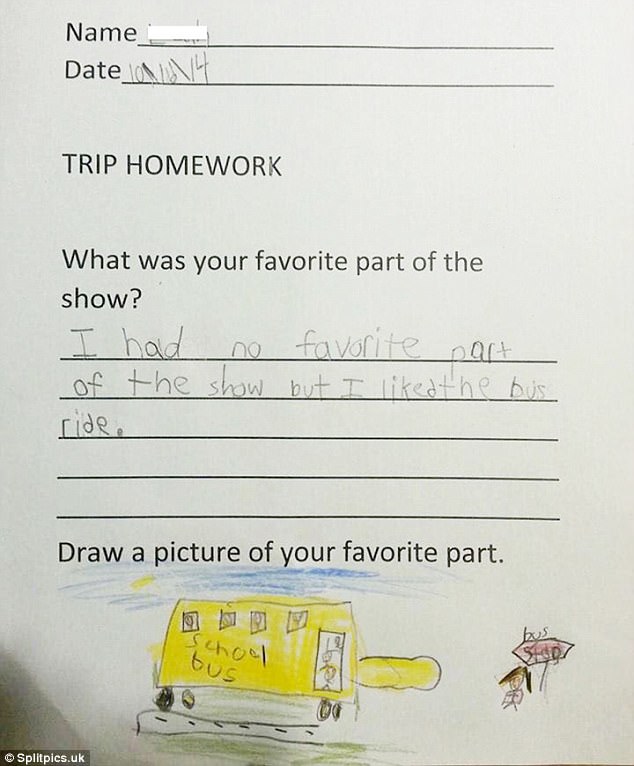 At least this pupil made their true feelings about the school trip very clear, supplying a picture of the school bus to match 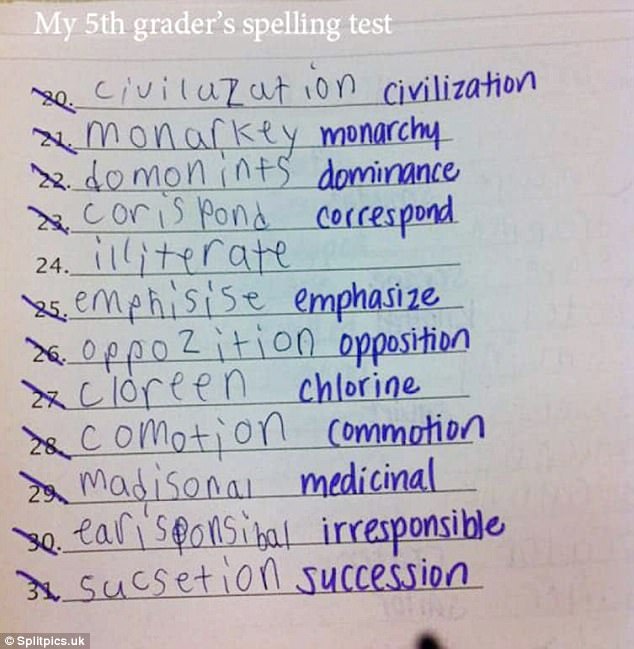 Meanwhile, there was a certain irony in the only word that this pupil managed to get right in this spelling test 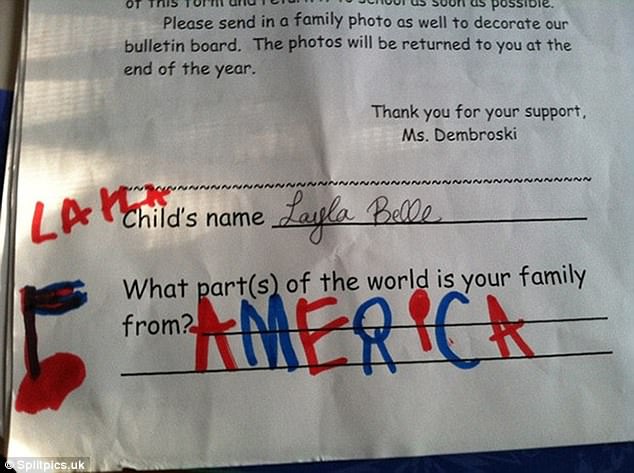 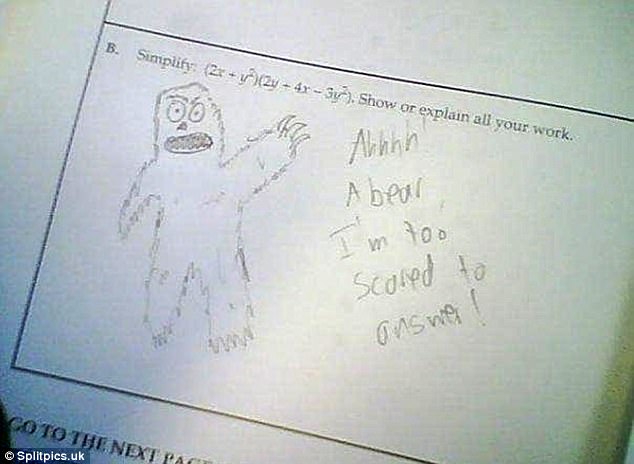 As creative as this drawing is, it’s unlikely that the pupil’s excuse for not answering would have got any sympathy from the teacher