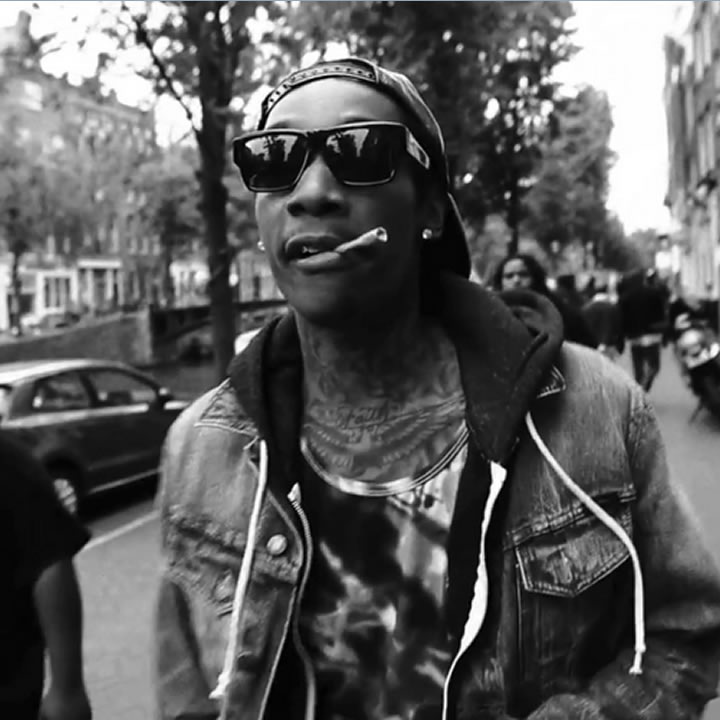 How much does Wiz Khalifa smoke? The rapper has dabbled in every cannabis venture, from a marijuana farm game to weed seeds for outdoor growing for sale. Yet he hasn’t touched on his exact personal usage till now.

This now famous rapper has been lighting up since high school. He said weed helped him get through the stressful environment by making it more tolerable.

In an interview with Power 106 Los Angeles, Khalifa shared the first time he smoked weed. It was his uncle’s birthday in a hotel room, and they hotboxed the place. He said it was a bad experience “cause every blink felt like 1000 times.”

He’s since built his tolerance up and now smokes weed every day. The rapper knows when to light up and when not to. He doesn’t do it near his son Sebastian whom he had with his ex Amber Rose.

He has many cannabis businesses, including Wiz Khalifa Rolling Papers, Wiz Khalifa joints from his Khalifa Kush selection, and multiple partnerships. He also has other exciting hustles, like making an appearance on the reality fashion series The Hype with Offset.

Khalifa is into psychedelics. He recently teamed up with Red Light Holland to release Mistercap, a grow-at-home non-psychoactive mushroom kit. The waters are murky, but they’re hoping mushrooms and cannabis will soon share similar legal status.

How much weed does Wiz Khalifa smoke?

To answer the golden question, ‘How much does Wiz Khalifa smoke?’, you can refer to a recent interview on The Joe Rogan Experience. Khalifa spoke about how his ex-wife used CBD to help her through pregnancy and dished more on his next weed business ventures.

Khalifa revealed the amount he smokes, which fans have been guessing and calculating for years. He spends a on weed $10k a month, so you know he only smokes the top-shelf stuff, which is usually more potent.

Wiz Khalifa smokes around one ounce a day. Yes, you read right. That’s anywhere from 14-28 blunts. Many guess he averages around 18 fatties a day, which is impressive.

How does Wiz Khalifa smoke all that weed and not get sick?

The rapper has been smoking since a very young age and has developed a high tolerance. To have a life-threatening overdose on cannabis, you’d have to smoke around 24,000 oz in fifteen minutes (that’s impossible, even for Khalifa).

What does Wiz Khalifa smoke? He sticks to only one strain of cannabis; Khalifa kush, a hybrid created for him. The “On My Level” rapper told Rogan, “It’s like a drink. People only drink dark liquor or whiskey… I only smoke K.K.”.

Why does Wiz Khalifa smoke weed?

Everyone has different reasons for consuming cannabis. Some do it for medicinal purposes, others recreationally, and sometimes both. Khalifa enjoys herbs for various reasons.

He believes it helps you set goals and meet them, and looking at his many successful business ventures, how can anyone disagree?

He said, “Weed helps you get out of your standard thought process… Instead of everything seeming just like a big mess, I’m able to put things in order and attack them.”

Khalifa also talks about how the herb can bring you closer to friends and help you build new ones. He shares how he had anxiety about meeting new people, but weed helped him escape his shell and find others with common interests.

The rapper has worked on hit songs like “Young, Wild, And Free,” but does he use weed in the studio? He said, “When you’re high, you zone into whatever’s important to you.”

Cannabis helps him get into the music and improves his creative process, which reins true for many artists like Snoop Dogg and Tinashe.

To end, here are tips from the rapper, business mogul, and professional stoner, Wiz Khalifa. These are his pointers so you can smoke blunts and enjoy cannabis as much as he does: