A Wizard of Oz style theme park is set to reopen to the public 38 years after it closed.

The Land of Oz in North Carolina – which opened in the 1970s – will welcome fans of the hit musical for six days in June.

In its heyday hundreds of thousands of people followed the yellow brick road at the park every year, including boxer Muhammad Ali.

A Wizard of Oz theme park in North Carolina that closed nearly 40 years ago, will open for a few days in June. Above, actors play the central characters from the movie during a reopening of the park in 2016 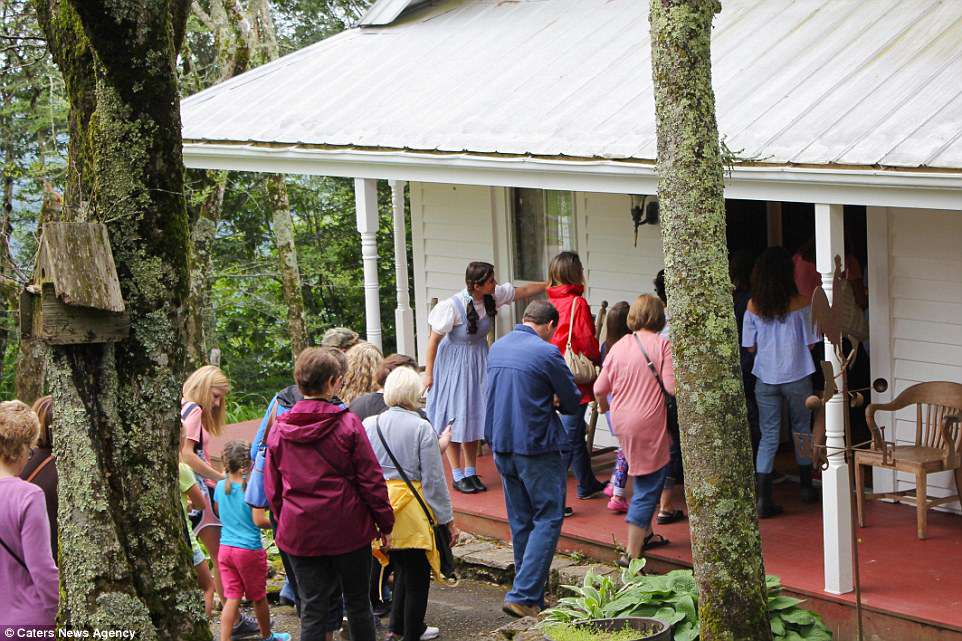 The park features several recreations of the Oz world, including Dorothy’s home in Kansas, seen above in 2017 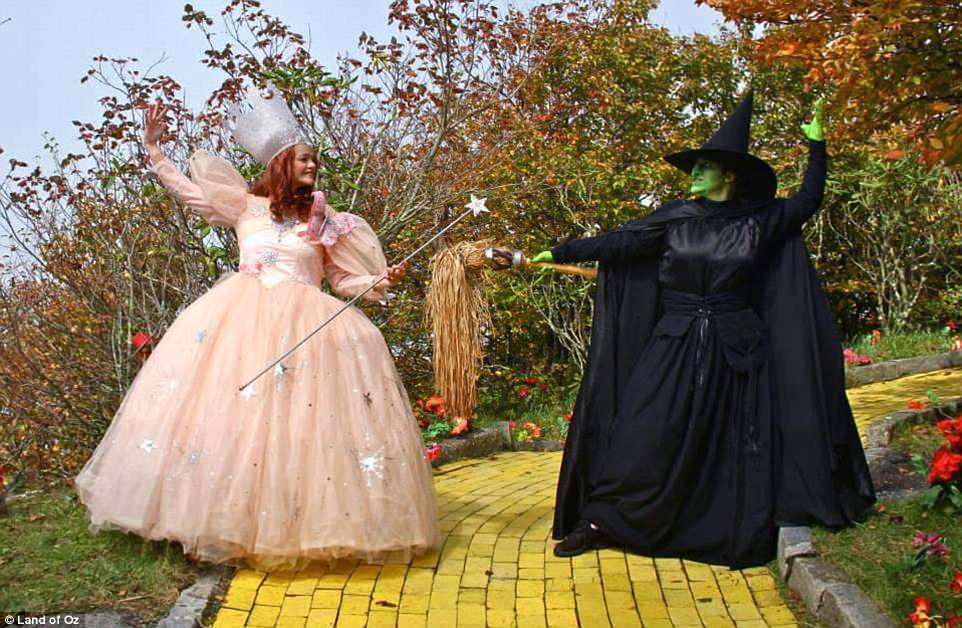 Actors play some of the characters, while guests to the park are tapped to play the others and are given scripts and costumes. Above, actresses play the Good Witch and the Wicked Witch of the West in a photo posted to the park’s Facebook in 2015

The museum was also broken into and many of the original film costumes, including the blue gingham dress that Judy Garland wore in the film, were stolen.

Now, nearly 40 years later, guests to the park on Beech Mountain, in North Carolina can enjoy one-hour guided tours by Dorothy, in which guests are chosen to play various characters from the film including the Scarecrow and the Wicked Witch of the West.

‘With Dorothy as your guide, you will skip down the yellow brick road through the magical Land of Oz,’ the park’s website states. ‘You or other members in your group are randomly selected to play the characters of the Scarecrow, Tin Man, Lion, Witch and Glinda. This is a completely immersive interactive experience.’

Thrillseekers may want to avoid it, however – the theme park has no rides and some of the attractions are still closed. 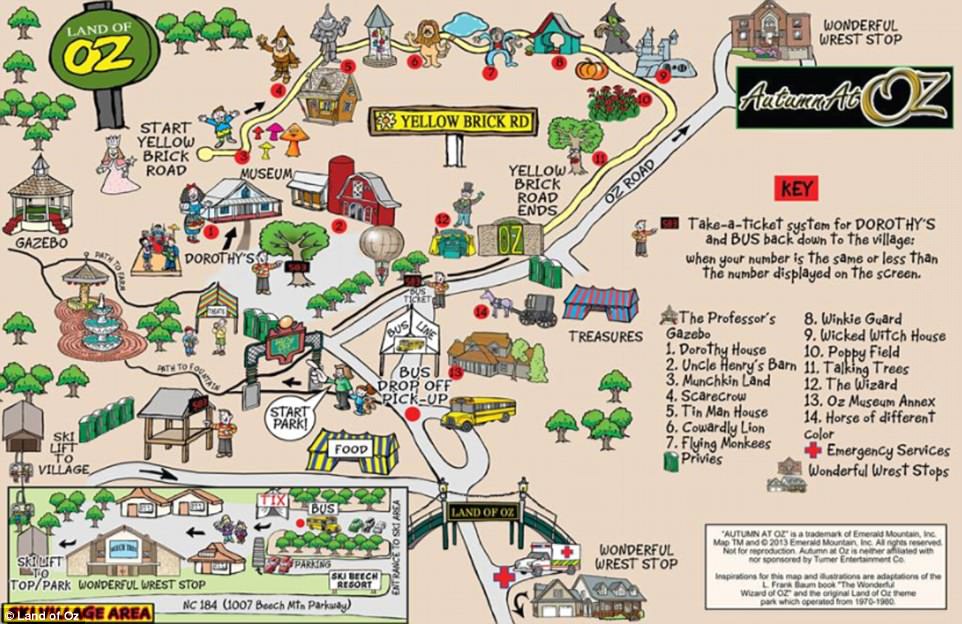 A map shows the layout of the Land of Oz. There are no theme park rides, but re-creations of the world of Oz 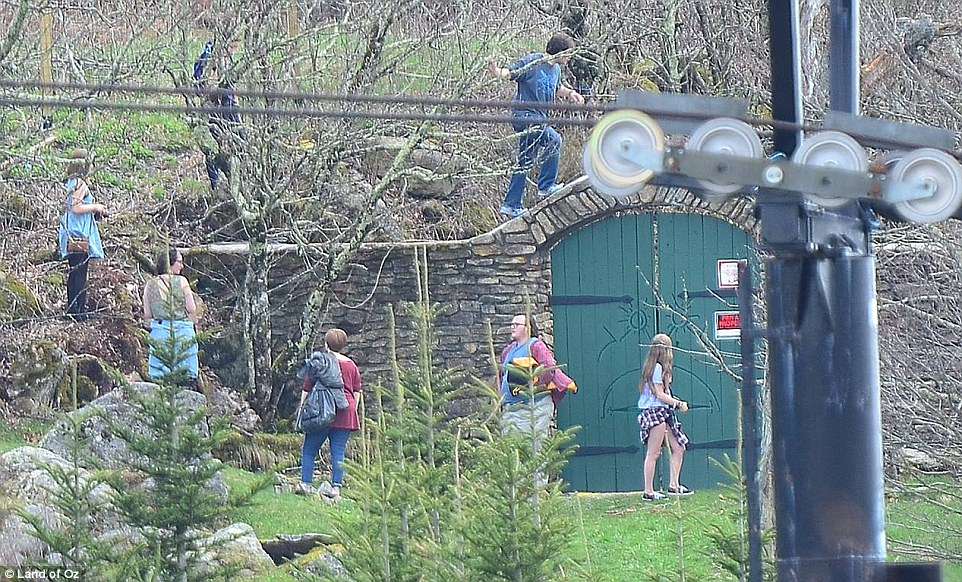 A group of people is pictured above scaling the wall of the park in 2015. The park has had an issue with people breaking in to take pictures of the eerily empty space

The park was opened in June 1970 in a ribbon cutting ceremony which included actress Debbie Reynolds, who brought her daughter Carrie Fisher to the park.

It instantly became a hit, with about 400,000 people visiting in its first season.

But a devastating fire and an oil crisis caused a steep dip in attendance, and the park was forced to close in 1980. However, in the 1990s, the owners started opening it every so often for a few days or for private events, such as weddings.

In recent years, the Land of Oz has found newfound fame as adventure hobbyists have broken into the park to take pictures of the eerily empty property.

The park owners want the public to know that it is not abandoned, and is located on private property.

Some of these adventurers have even stolen items from the park, including many of the 44,000 bricks of the yellow brick road.

Tickets for the park are available online for $25. The park also plans to open for a few days in September and October. Those tickets will go on sale in the summer. 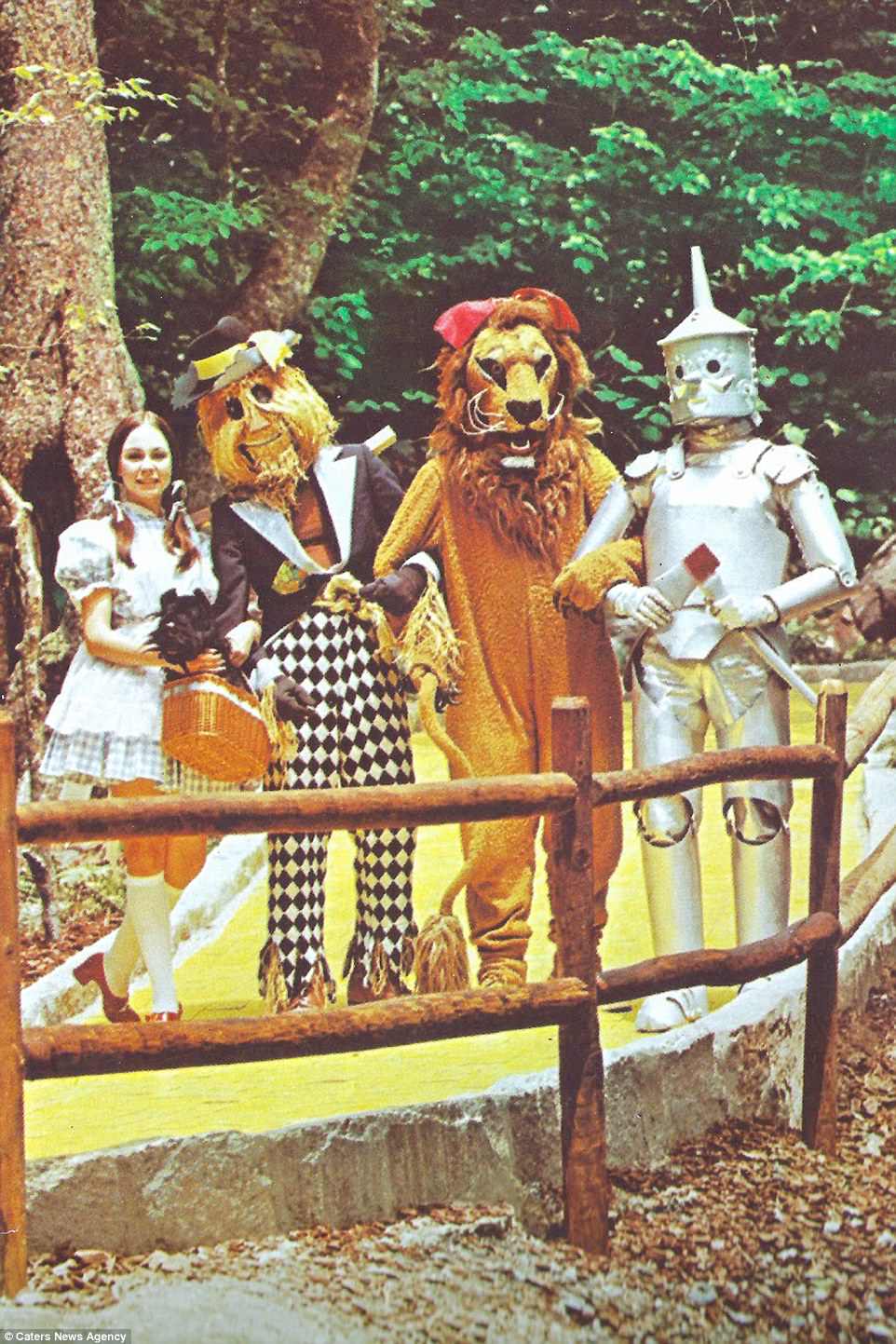 The park originally opened in June 1970. Above, actors at the park sometime in the 1970s 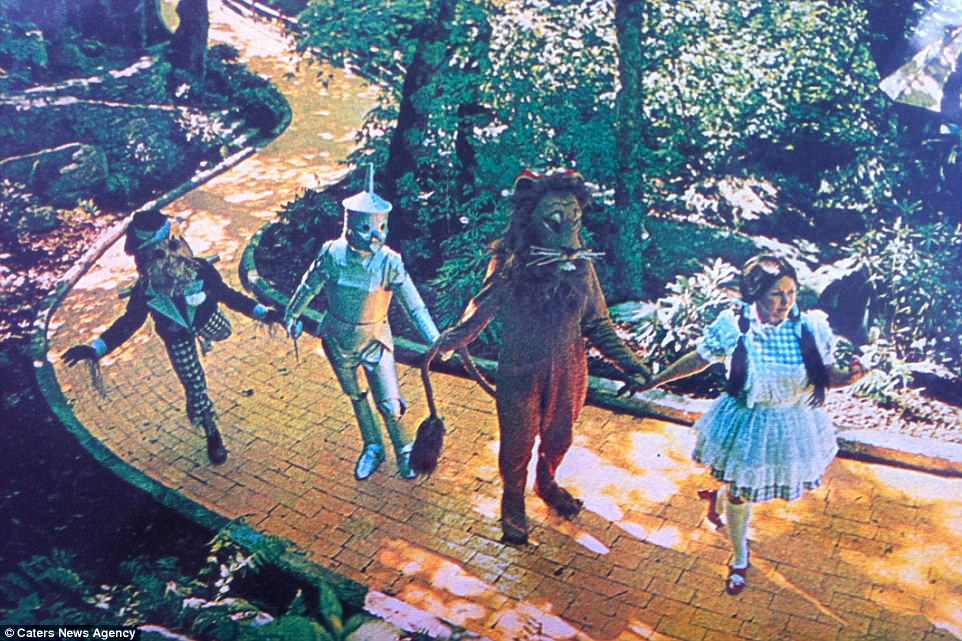 The park features its own yellow brick road complete with 44,000 bricks. Above, actors at the park in the 1970s 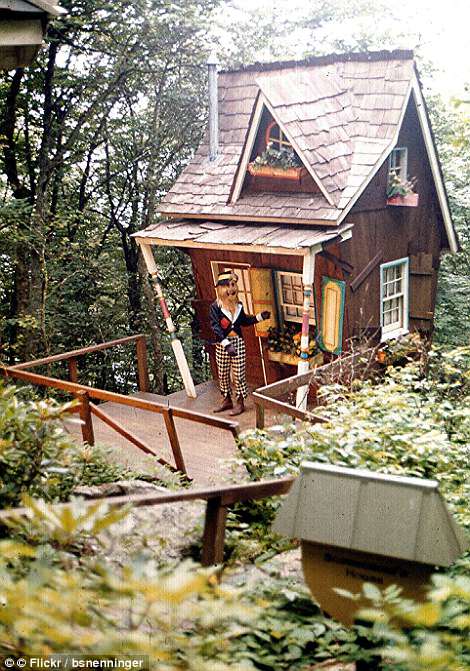 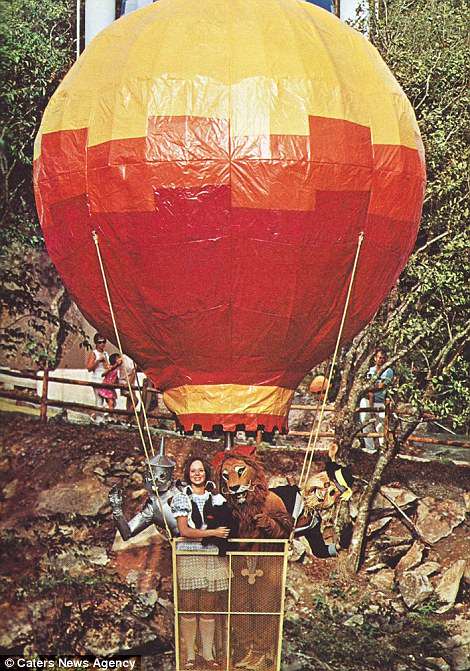 The park was eventually forced to close in 1980 following a fire and an oil crisis which kept many Americans off the roads. Above, the park pictured above in the 1970s 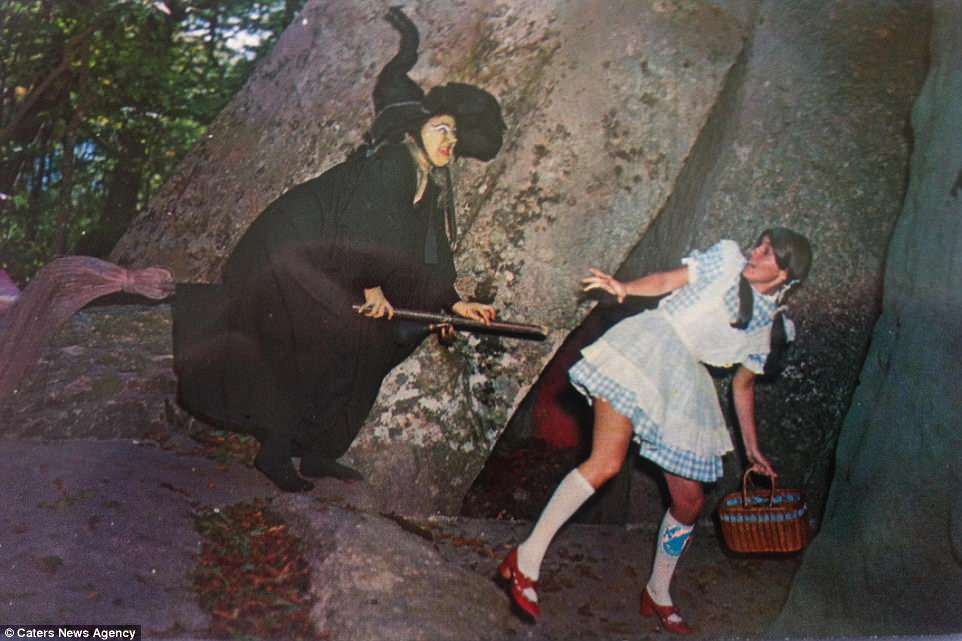 Actress Debbie Reynolds opened the park in June 1970, bringing her daughter Carrie Fischer along for the opening day. Above, actresses playing Dorothy and the Wicked Witch of the West are pictured above at the park in the 1970s 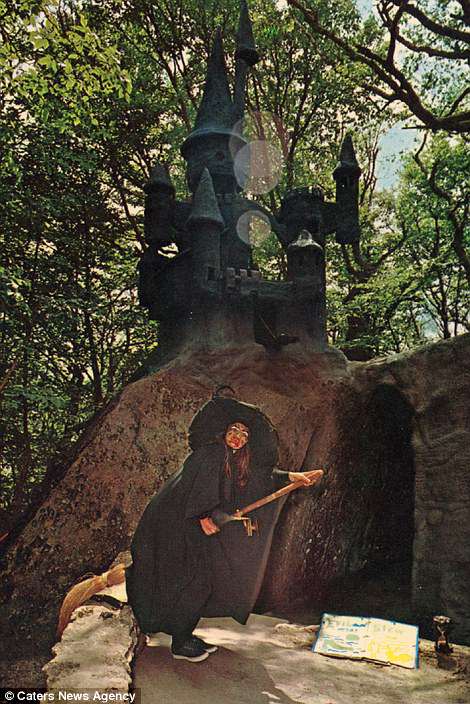 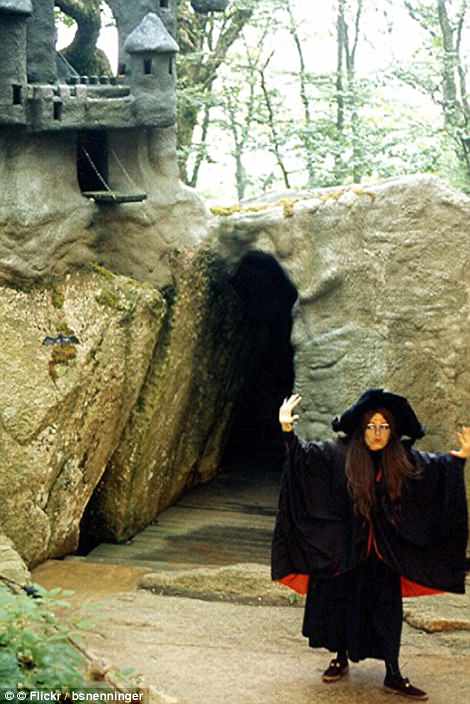 The park is located on Beech Mountain, and guests have to take a ski lift to get it. Above, the park in the 1970s 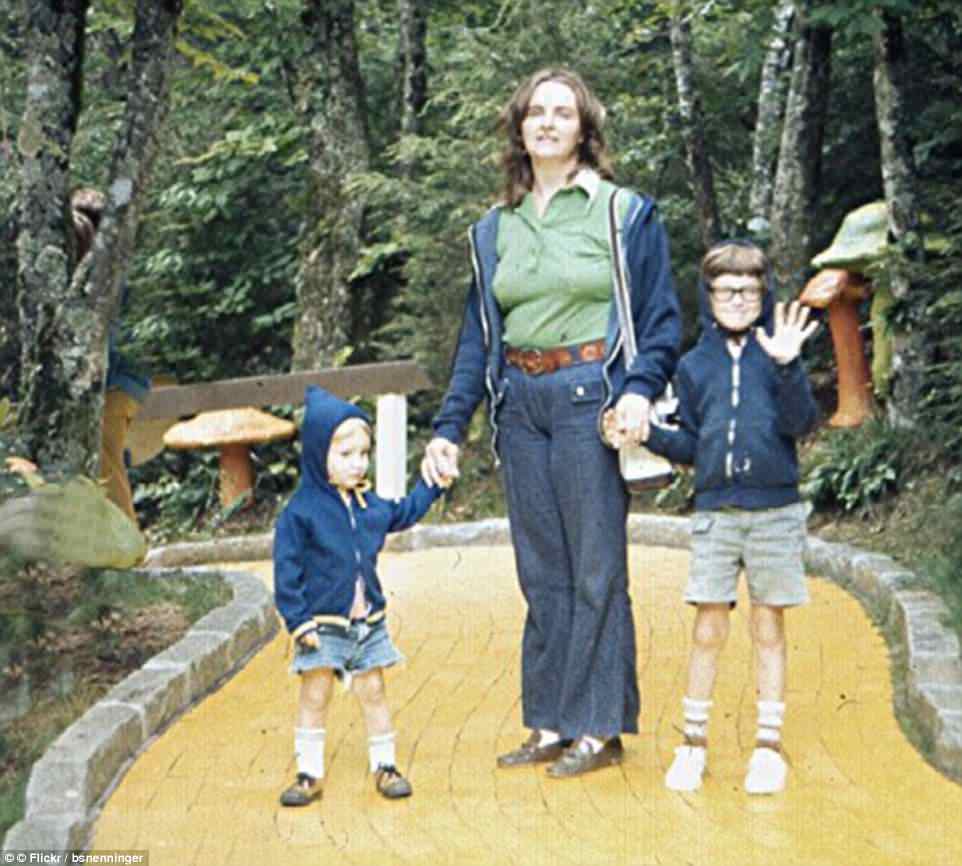 A woman and two kids are seen visiting the park in the 1970s above. Tickets for the park’s reopening cost $25