Budget airline Wizz Air’s losses more than doubled at the end of last year despite a hefty recovery in passenger numbers.

The Hungarian company recorded a €267.5million loss for the final three months of 2021 compared to €116.4million during the same period last year as the Omicron variant and renewed restrictions impacted international travel.

It still managed to carry over 5 million more passengers and saw traveller and capacity levels exceed their pre-pandemic levels over the peak holiday travel period, while its load factor grew by 14 percentage points to 77.1 per cent.

Less stringent curbs on global travel by European governments helped revenue from passenger tickets surge by 137.7 per cent to €162.3million and ancillary revenues triple to €246million.

But the group’s expansion measures, which included hiring and training extra staff, increasing its bases across Italy, and boosting aircraft based at destinations such as London Gatwick and Abu Dhabi, caused its losses to widen.

Wizz Air was also impacted by increasing fuel and maintenance costs, a €31.1million foreign exchange loss resulting from a strengthened dollar, and much larger airport, handling and en-route charges.

Chief executive Joszef Varadi warned that the firm expects demand in the next couple of months to remain impacted by ‘ongoing travel uncertainty’ and for this quarter’s operating loss to be higher than the previous quarter as a consequence.

He said the air carrier was ‘cautiously optimistic’ about travel rebounding over the Spring period before achieving ‘near-full utilisation’ over the summer.

Varadi added: ‘We continue to back our strategic choices to invest in our fleet, grow our bases and routes, and lower our unit cost in order to take advantage of the market created in the wake of Covid-19.’ 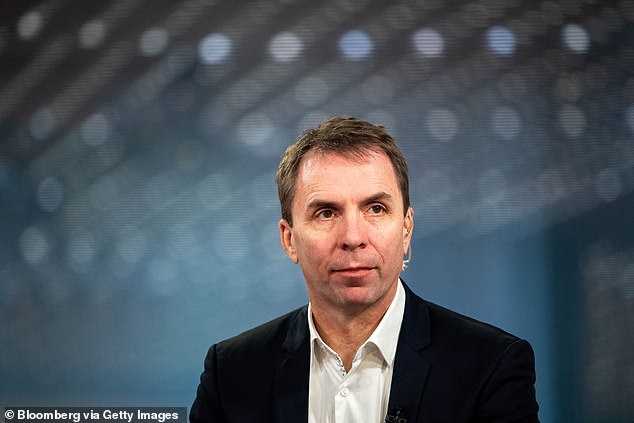 Troubles: Wizz Air chief executive Joszef Varadi warned that the firm expects demand in the next couple of months to remain impacted by ‘ongoing travel uncertainty’

As part of expansion plans to triple its aircraft fleet by the end of the decade, Wizz Air had eight new A321neo aircraft delivered during the third quarter and expects to have 179 in total by the end of this year.

In November, it purchased over 100 extra Airbus aircraft at an estimated price of £74.5million each, which it hopes to have delivered between 2025 and 2027. The deal remains subject to shareholder approval.

And after letting go 1,000 staff in April 2020, the airline revealed today that it had brought on another 1,500 staff to its ranks since last summer and now has a greater number of employees than it did prior to the pandemic.

But while Wizz Air’s latest data suggests a rebound from the depths of 2020, it still carried more than two million fewer passengers in the last three months of last year than it did in 2019. 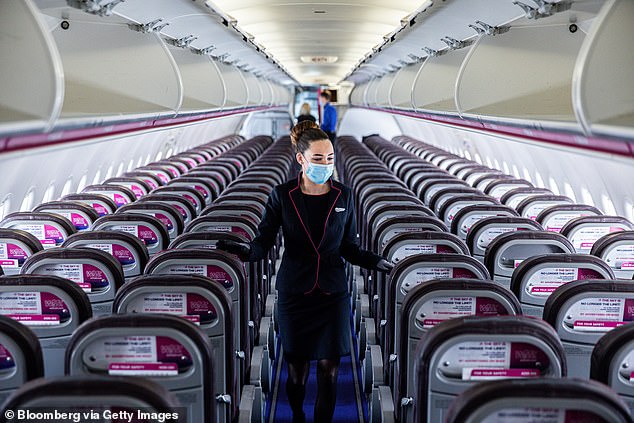 Good Future: ‘Fortune favours the brave, and there are growing signs that Wizz Air, and other airlines, could be in a stronger position in the coming months,’ said AJ Bell’s Russ Mould

He added: ‘Wizz Air remains ever the optimist, which it must be when you consider it has picked up more airports slots at Gatwick airport and ordered more aircraft.

‘It has bet hard that recovery will pick up soon and that its investments will help it secure an even bigger slice of the aviation market.

‘Fortune favours the brave, and there are growing signs that Wizz Air, and other airlines, could be in a stronger position in the coming months.’

Shares in the airline closed trading 0.2 per cent lower at £42.50 on Wednesday, meaning their value has only slightly risen over the last 12 months.