Wladimir Klitschko enjoyed a relaxing day at the beach with his daughter Kaya on Thursday following his dramatic loss to Anthony Joshua in the boxing ring on April 29.

The 41-year-old Ukrainian has decided to spend a few weeks dedicated to family before deciding if he’s going to engage in a rematch against the WBA and IBF king.

He tenderly doted over daughter Kaya, two, for a fun day at the beach in Miami.

Family time: Wladimir Klitschko, 41, decided to spend some quality time with daughter Kaya, two, in the wake of his big loss against boxing heavyweight Anthony Joshua 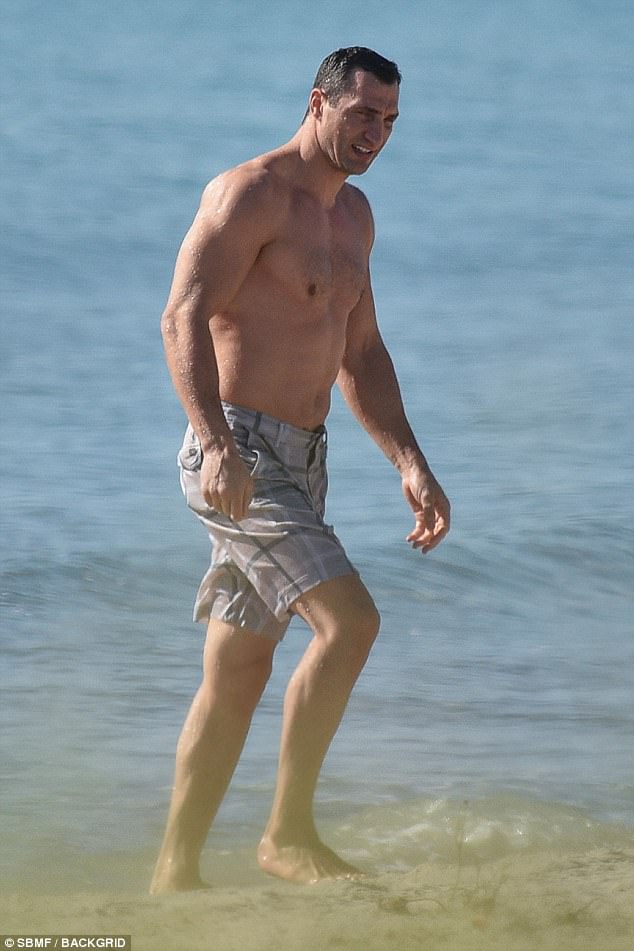 Enjoying time with his daughter: In the wake of his big loss, the boxer appeared to put it behind him to spend some time with his family

There was no sign of his fiance and Kaya’s mother, Hayden Panettiere.

Kaya looked to be enjoying the warm water and wore only a pair of bathing suit bottoms to go for a leisurely swim.

She looked happy to be spending time with her dad as the cute little blonde smiled brightly at him.

Kaya’s doting dad looked to be putting the epic loss behind him as he seemed content with his daughter. 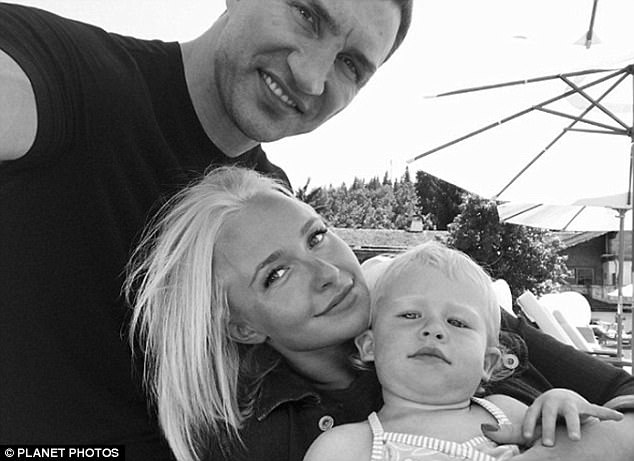 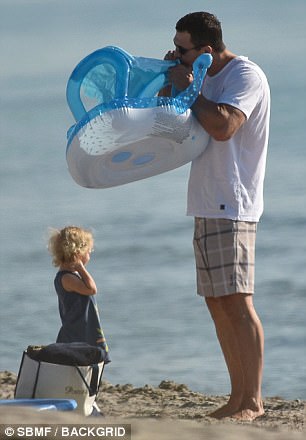 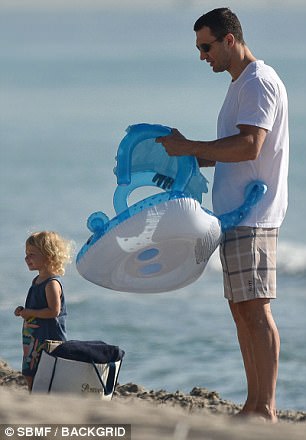 Good dad: The 6’4″ heavyweight boxer even blew up a floatie toy for Kaya who watched in an adorable dress before stripping down to her bathing suit for some fun in the water 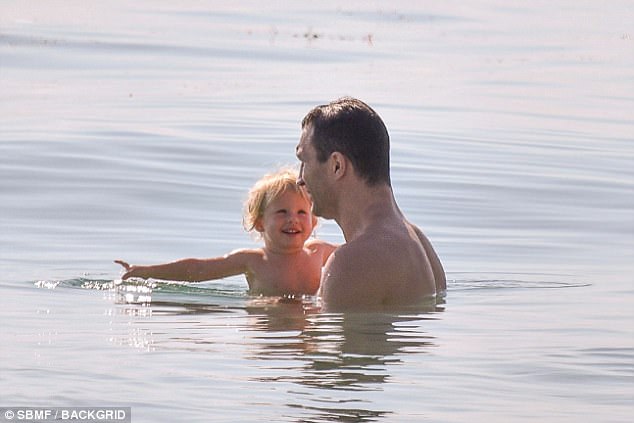 Smiling! Kaya looked content with her dad in the ocean as she smiled up at him 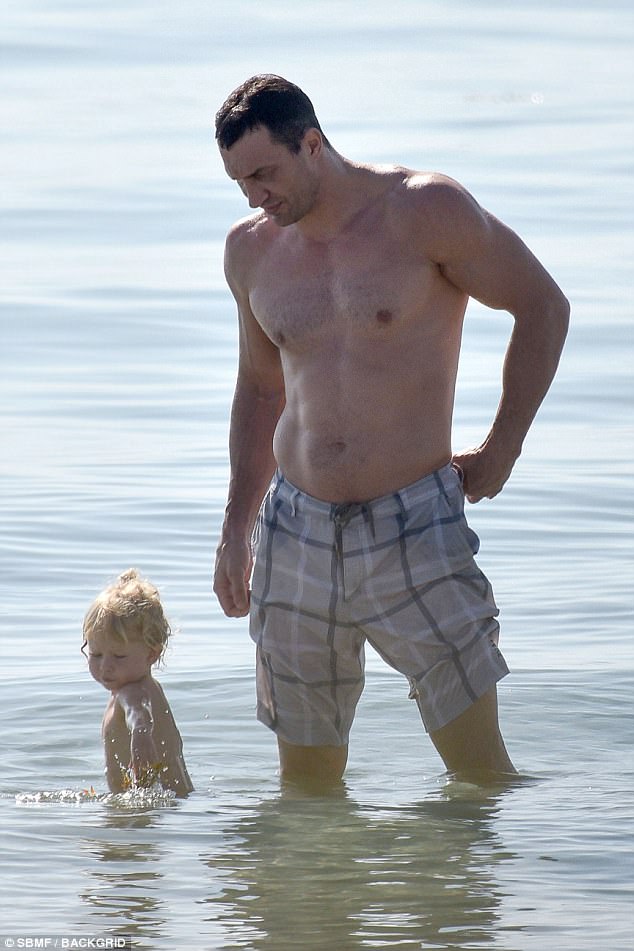 Cuteness overload: The father-daughter duo spend some time soaking in the rays in Miami where they spent time in the warm Atlantic ocean

The 6’4″ heavyweight boxer even blew up a floatie toy for Kaya who watched in an adorable dress before stripping down to her bathing suit for some fun in the water.

It was late last month that the boxer lost an epic match against English heavyweight Anthony Joshua at Wembley Stadium in London on April 29.

Klitschko is still undecided on whether to take up the rematch clause in his fight deal with Joshua. 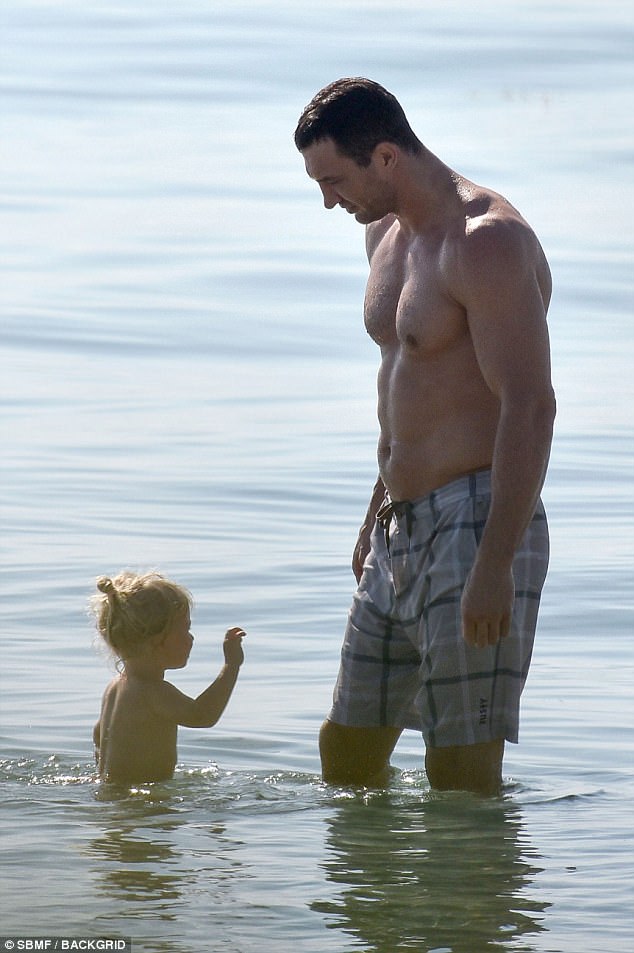 Listen up, Dad: Kaya looked like she was telling her dad a very important story as he looked down at her intently

It has been speculated however that Klitschko, a living legend of the sport, may take the opportunity to retire and bow out on top following one of the most memorable heavyweight clashes of all time.

Clearing up the situation this week, promoter Eddie Hearn told the Sun: ‘If Klitschko comes back and says he doesn’t want a rematch then we will fight Pulev next, unquestionably.’

Hearn admits he has already held discussions with the Ukrainian’s coach Bernd Boente about which steps to take next. 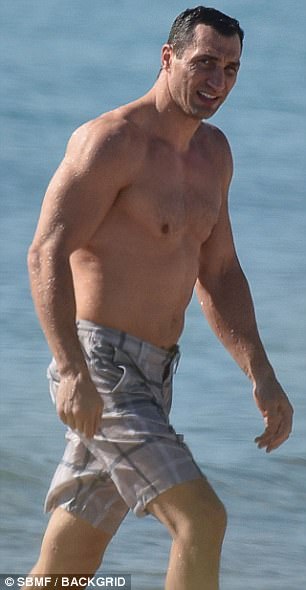 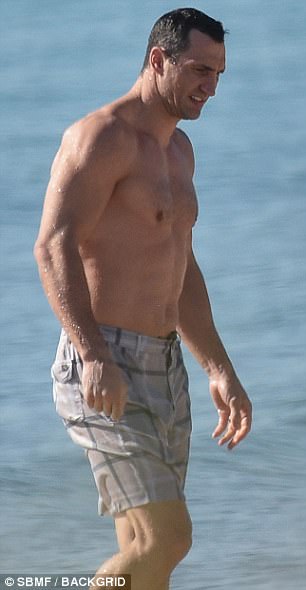 Rematch? Klitschko is still undecided on whether to take up the rematch clause in his fight deal with Joshua 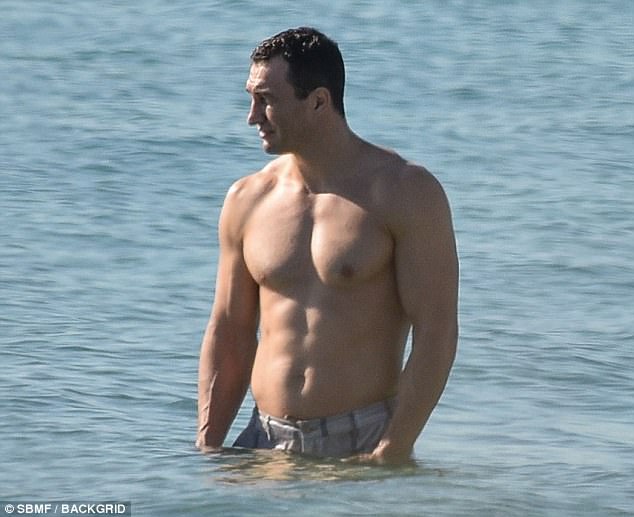 As for his part, Klitschko is keeping mum, but didn’t rule out the possibility of a rematch.

‘Bernd said he (Klitschko) will have two weeks with his family and then he will make his mind up,’ said Hearn.

As for his part, Klitschko is keeping mum, but didn’t rule out the possibility of a rematch.

He said post-fight on Sky Sports: ‘Of course, we have [the rematch clause] in the contract, right now I’m interested.

‘I need to analyse what the heck happened. I wish I could raise my hand, instead of somebody who didn’t make it back to back.

‘But congratulations to Anthony, he got up, he fought back, and he won the titles.’ 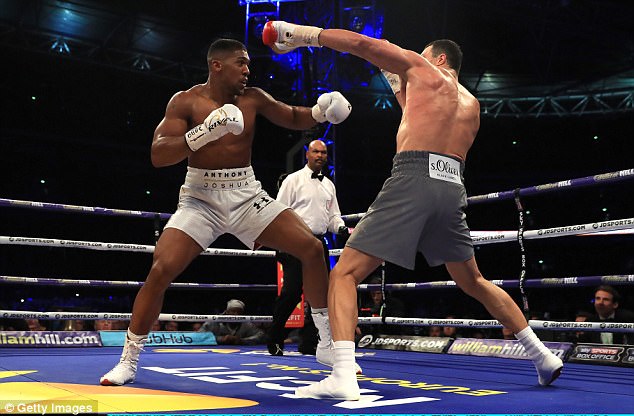 One winner, one loser: Klitschko lost out to Anthony Joshua in an epic match at Wembley stadium in London 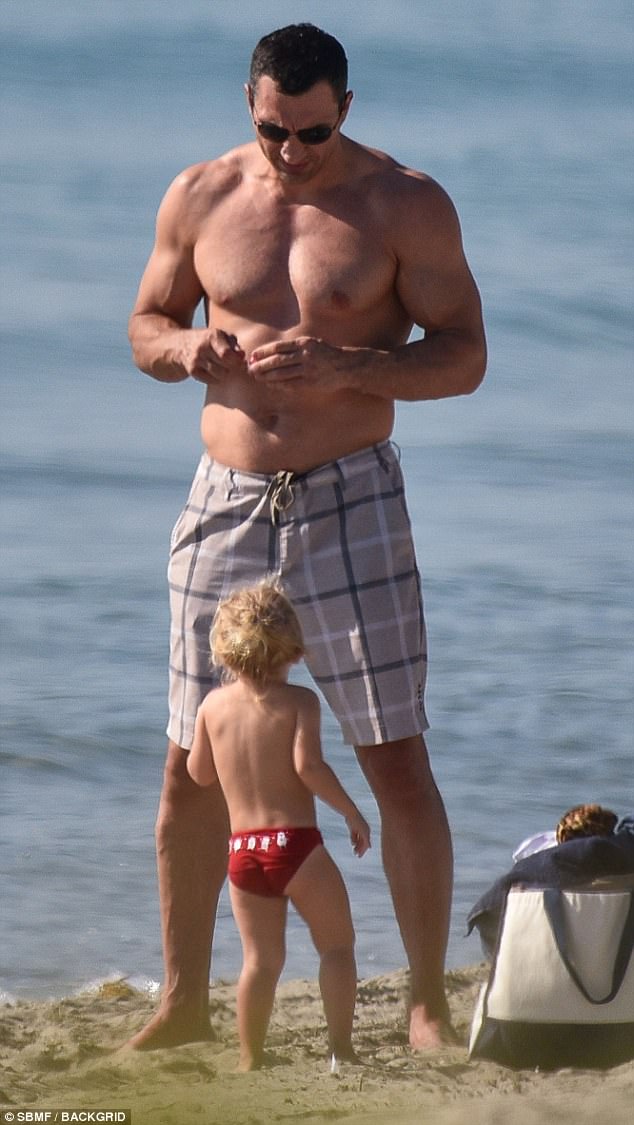 Good relationship: Wladimir looked to be trying to reason with his little tot as pair spent time playing in the sand 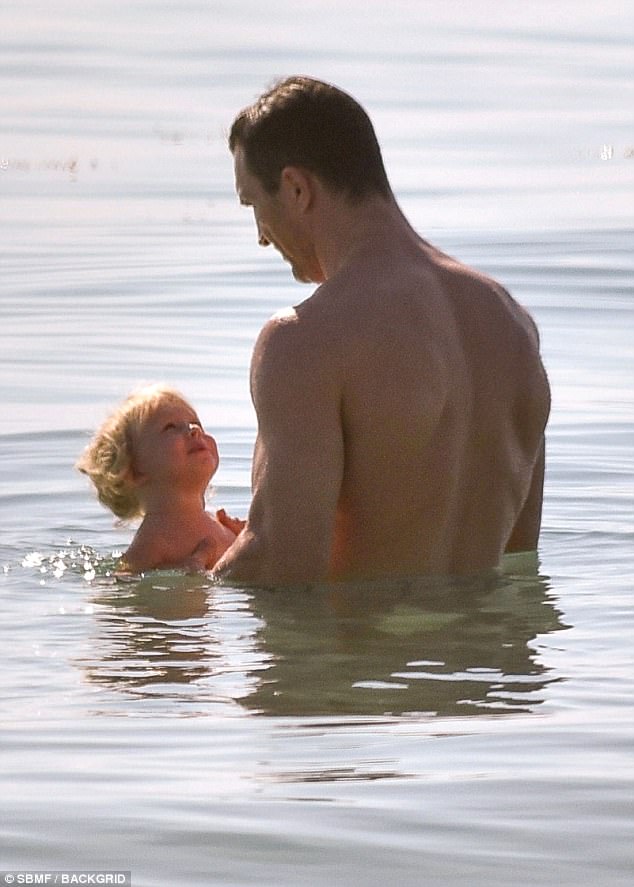 Loves her daddy: Kaya looked like she was having a great time as her dad lifted her up in the water