Lyon scored three goals in five minutes to beat Wolfsburg 4-1 in extra time and win the Women’s Champions League for the third year running on Thursday.

After an often-quiet 90 minutes, the final roared into life in extra time when Wolfsburg’s Pernille Harder scored in the 93rd minute with a low shot from distance as Lyon goalkeeper Sarah Bouhaddi – hurt in an earlier collision – was slow to react.

However, Wolfsburg collapsed when midfielder Alexandra Popp was sent off when she picked up her second booking for a clumsy challenge. 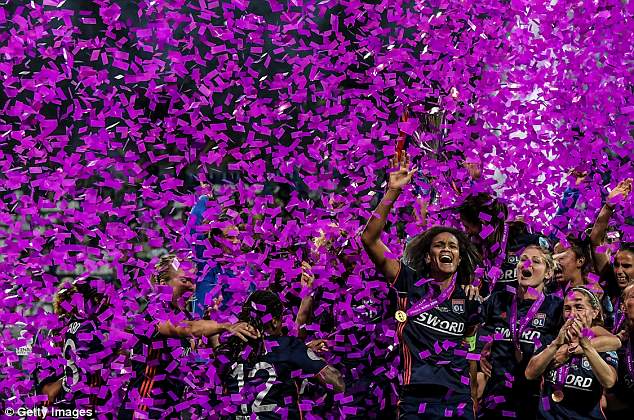 Ada Hegerberg made it 3-1 soon after, and Camille Abily added a fourth in the 116th. Both goals also came off crosses from substitute Van de Sanden. 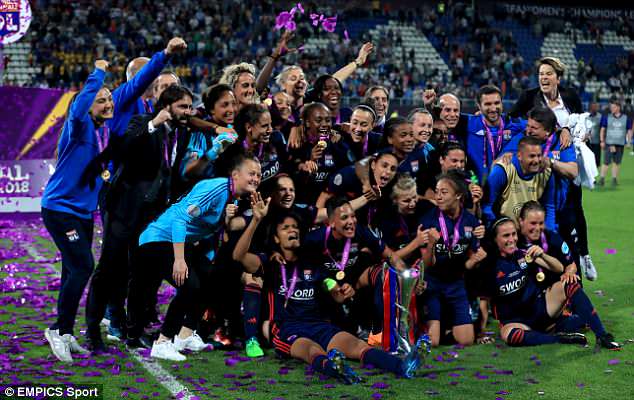 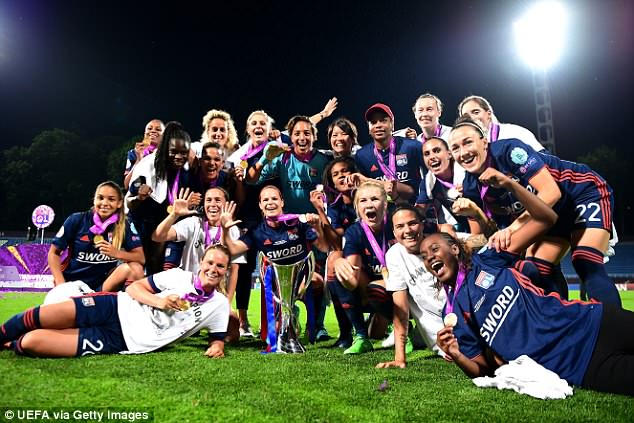 Since 2010, the final has been played in or near the city hosting the men’s Champions League final.

That ends next season, with the final in the Hungarian capital Budapest while the men play in Madrid. 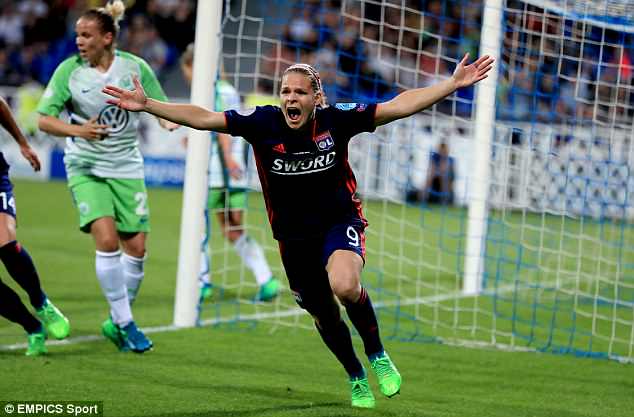