An activist from the University of Wollongong has penned a stunning blog post comparing eating meat to rape and slavery.

Dylan Tanner, a member of the university’s vegan society, made the extraordinary comments in a blog post –  comparing meat consumption to forced labour camps and men pushing themselves onto women.

In the post titled ‘Why slavery is not only humane but good for the economy’, Mr Tanner asked his readers whether they used animal products.

He said: ‘Do you eat the flesh of an animal? Cow? Chicken? Turkey? Sheep? Lamb? Duck? Do you drink milk, eat cheese or drink whey protein?

‘If you answered yes to any of these questions, you are complicit and actively participating in the enslavement and slaughter of entire species.’

He argued that the enslaving of animals for human desires was no different to the enslavement of African-Americans in early 1800s USA and the Soviet gulags. 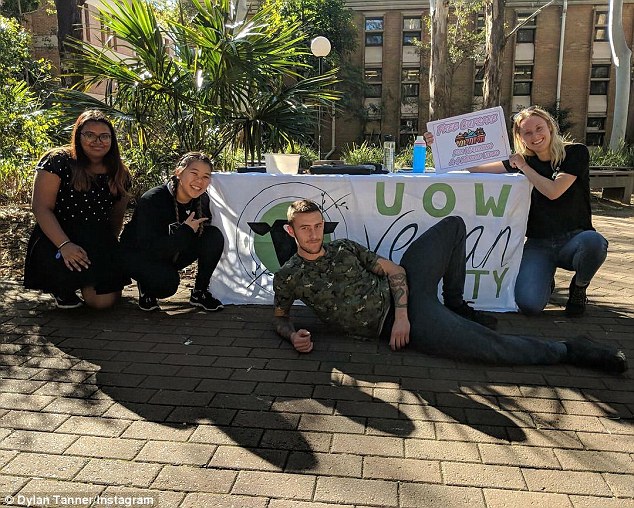 Mr Tanner (pictured second from right), who is an active member of the University of Wollongong Vegan Society, also compared the enslavement of animals to men forcing themselves onto woman

The post on Mr Tanner’s blog startwithmyself.com then compares eating meat with rape.

The vegan activist hit back at those who claim that it doesn’t count as slavery when the lives involved aren’t human.

He said: ‘What part of it makes it different? Is it the fact they possess less power than us?

‘If power is the determining factor then perhaps it is acceptable for men to push themselves onto women?’

In a particularly dark ending to the post, Mr Tanner tells his readers that when an animal’s throat is slit in a factory their blood is stained ‘so dark we will never wash the blood from our hands’.

The activist describes himself on his blog as a man ‘trying to improve the world – a task which ‘broken down logically isn’t so complicated’. 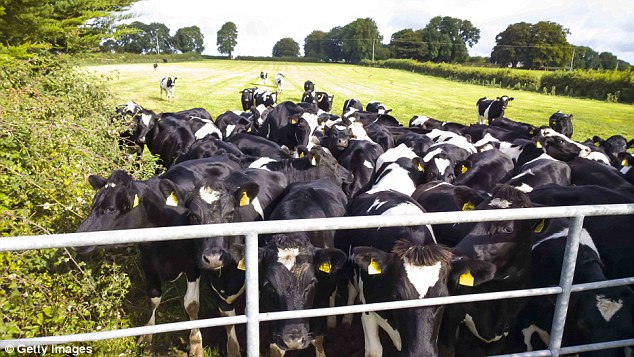