‘Fraud is not a crime, it’s a way of life’: Pregnant mum, 32, kept a criminal to-do list sticky-taped above her bed – with different offences for different days of the week

A pregnant mother-of-two who kept a criminal to-do list sticky-taped above her bed has pleaded guilty to a string of fraud offences.

Police also found a note reading fraud is not a crime, it is a way of life’ stuck on a mirror when they raided her home, 90 minutes south of Sydney, earlier this month.

Unanderra woman Jade Killin’s (pictured) list, which was taped to the wall above her bed, was discovered by police during a search of her home earlier this month 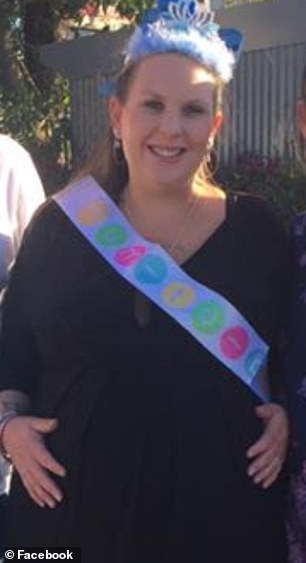 Killin pleaded guilty to multiple fraud charges in Wollongong Local Court on Tuesday and will remain in custody until her sentencing in January 2020, according to the Illawarra Mercury.

Killin’s to-do list would outline her goals for fraud crimes to commit each day.

Mondays were dedicated to writing up five fake payslips in different names, while Tuesdays were used for ordering phones in fake names.

Wednesdays were for opening fake Paypal, Afterpay and bank accounts in fake names and weekends were for applying for fuel cards and filling out loan applications.

Killin reportedly went to university on Thursdays and Fridays.

Her home was searched after she sent medical documents to Community Corrections in October to get out of court-appointed community service.

Agreed facts said staff were suspicious after the medical certificate, which said she had morning sickness, was in a different format to others they had received from her.

When they contacted the doctor he said he had signed the latest one – but earlier ones submitted by Killin were fakes.