Adama Traore is set to reject his international call-up by Mali as the Wolves winger has set his sights on playing for Spain.

Traore, who was born near Barcelona to Malian parents, has yet to make a senior appearance for either country and has been named in Mali’s squad for next month’s friendlies against Ghana and Iran in Turkey next week.

Yet it is understood that Traore has already decided to commit himself to Spain, who he has represented at Under-21 level.

The 24-year-old was named in the squad for Nations League matches against Germany and Ukraine last month, but had to withdraw after testing positive for Covid-19 – although a second test determined that he original result was a ‘false positive’.

Traore also had to pull out when he was given his first senior call-up last November, this time because of injury.

Asked about Traore last March, Spain coach Luis Enrique said: ‘We have known him very well for many years,’ he told Marca. 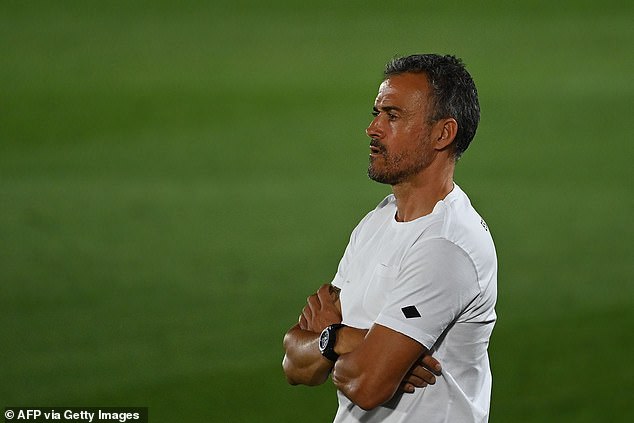 The 24-year-old was named in the squad for Nations League matches against Germany and Ukraine last month, but had to withdraw after producing a Covid-19 ‘false positive’

‘When we were at Barcelona, he was in our plans. He has evolved a lot. He’s a very interesting player. We are delighted with his performances.’

Mali have put considerable effort into persuading Traore to turn out for them but it is far likelier that he will answer Luis Enrique’s call-up for the Nations League fixtures against Switzerland and Ukraine during the forthcoming international break.