The English club have come to an agreement on contract length and salary with the player but intense negotiations between the two clubs remaining ongoing as the Bundesliga side hold out for a larger payday.

Kalajdzic is desperately wanted by Wolves with Stuttgart holding out for £21million for their star striker, as reported by Sky Germany. 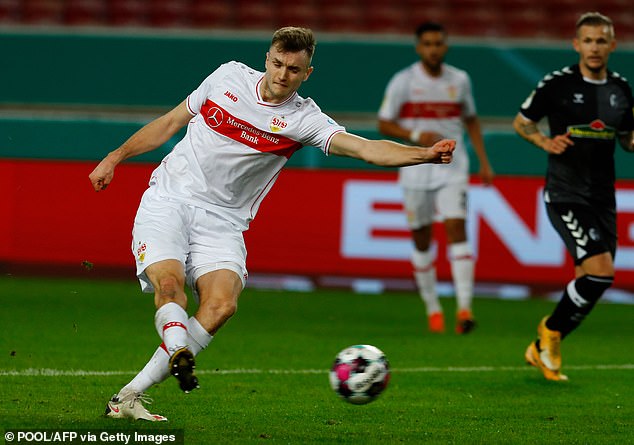 Wolves want to finalise a deal for the striker within the next few days after a disappointing start to the season that has seen them score just once in 280 minutes of Premier League football.

Manchester United’s previous interest in the 25-year-old appears to have cooled as Erik ten Hag rushes to bring new players through the door at Old Trafford before the transfer window closes. 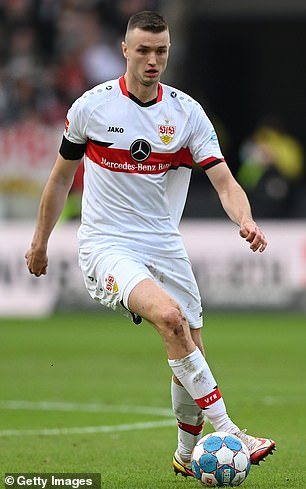 Kalajdzic has started each of Stuttgart’s league games this season

The Austrian has started each of the German side’s three season-opening league games but has failed to score with Stuttgart still winless and sitting mid-table after two draws and a loss.

Wolves’ determination to complete a deal for Kalajdzic comes amid heavy interest from Arsenal in winger Pedro Neto, with the midlands club slapping a £50million price tag on their prized asset.

Neto is a transfer priority for Gunners boss Mikel Arteta who wants to bring high-profile players Premier League experience into his side but must first offload record-singing Nicolas Pepe first.

Negotiations remain ongoing with Ligue 1 side Nice over a potential loan deal for the Ivorian who is keen to get more playing time after a torrid three years in London.

Wolves’ move for Kalajdzic could indicate that they are open to losing Neto this summer with Arsenal having been in discussions with the Portuguese winger’s agent Jorge Mendes for the past month. 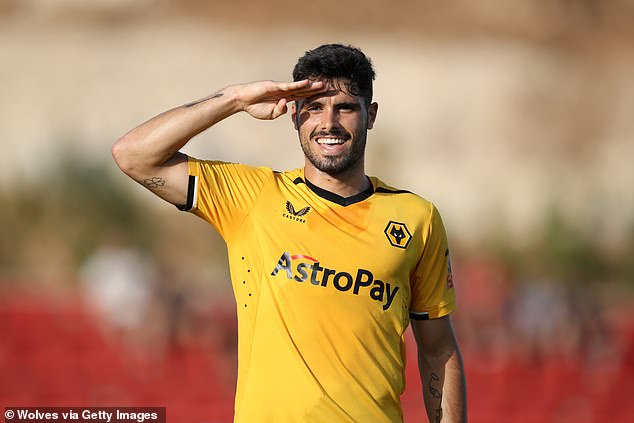 Kalajdzic would represent great value for money having scored 22 Bundesliga goals in 51 appearances for Stuttgart, and at just 25 is yet to enter the peak years of his career.

Wolves are without a win in three matches and currently occupy 17th place in the league standings.