Wolves closing on deal for Atletico’s Cunha, also ‘in talks for defender Felipe in a double deal’

Wolves are closing on a deal to sign Atletico Madrid striker Matheus Cunha.

Talks are underway ahead of a January transfer for the 23-year-old Brazilian, who was linked to Manchester United last summer.

Atletico need to sell as they will be down on predicted revenue after dropping out of the Champions League, finishing bottom of their group, which also contained Porto, Club Brugge and Bayer Leverkusen. 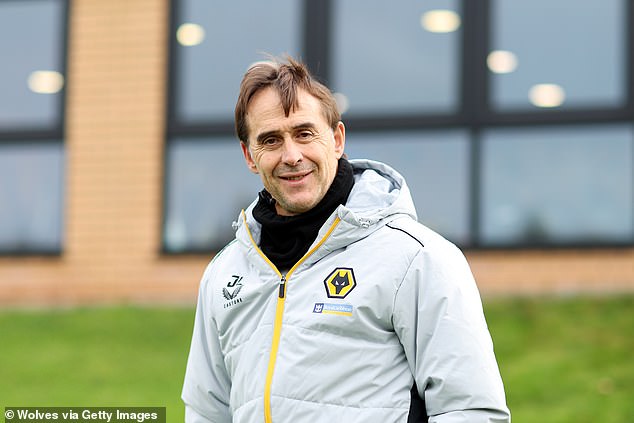 The Brazilian, 23, is set to become the first signing for new manager Julen Lopetegui (pictured)

Cunha, who won a gold medal with Brazil at the 2020 Olympics, has made 11 LaLiga appearances for Atletico this season and has also been offered to Leeds United, Everton and Aston Villa in recent months.

However, he is now expected to become the first signing for Wolves new boss Julen Lopetegui.

The Premier League’s basement side have scored just eight goals in 15 games – the second fewest in the top four divisions in England – and have failed in many attempts to try and solve their goalscoring problem. 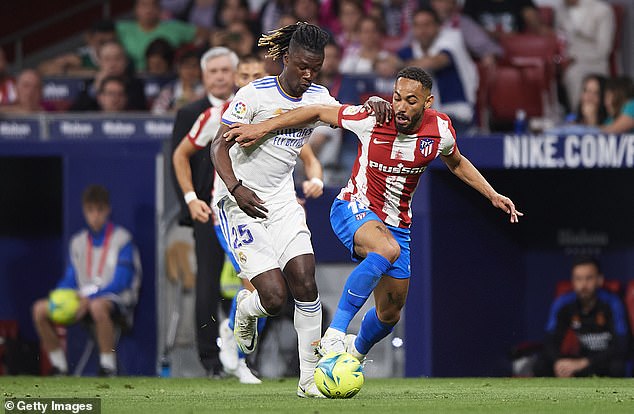 Cunha has scored seven goals in 54 appearances for the Spanish side, but none this season 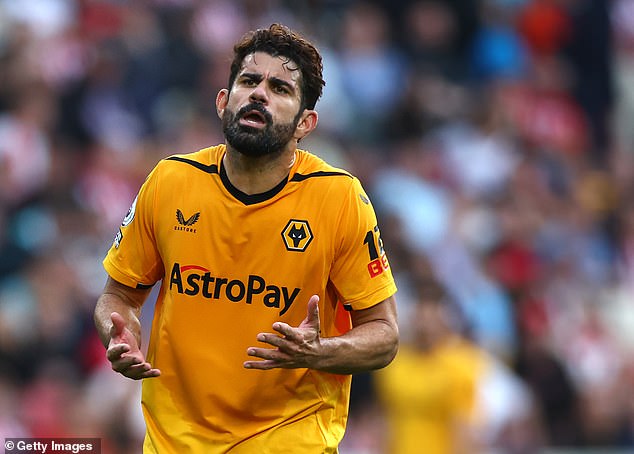 Wolves have the worst attack in the Premier League, with Diego Costa (above) yet to find form

Wolves and Atletico Madrid are in talks for Felipe, not just Matheus Cunha. It’s a potential ‘package’ to include two players in the deal. 🚨🟠 #transfers

Wolverhampton want both Felipe and Cunha for January. https://t.co/3ck1519PLH

Free agent Diego Costa is yet to find form for the Midlands side, with Raul Jimenez struggling for minutes since returning from a serious head injury.

Cunha joined Atletico in 2021 from Hertha Berlin, and has scored seven goals in 54 appearances, but is yet to find the net this season in 17 appearances in all competitions.

A Wolves XI drew 2-2 with Birmingham City in a friendly at the weekend, with Diego Costa and Daniel Podence on the scoresheet.

Journalist Fabrizio Romano has claimed Wolves are also in talks for Atletico’s veteran centre back Felipe, 33, as part of a potential ‘double deal’ with Diego Simeone’s side.