Wolves are showing strong interest in Argentine playmaker Enzo Fernandez but are likely to face competition for his signature.

The 21-year-old, who is considered one of the best prospects in South America, is available for about £17.5million from Buenos Aires giants River Plate.

Wolves officials have been in Argentina this week in an attempt to close the deal but Benfica are also thought to be interested, while the relatively low fee may attract other Premier League clubs.

Fernandez’s former team-mate Julian Alvarez was sold to Manchester City for about £21milllion earlier this year, while Aston Villa were also interested in Alvarez.

Hoever was signed from Liverpool in summer 2020, at the time Diogo Jota moved from Wolves to Anfield. He was considered one of the brightest prospects at Anfield but struggled to make an impact under both Nuno Espirito Santo and Bruno Lage. 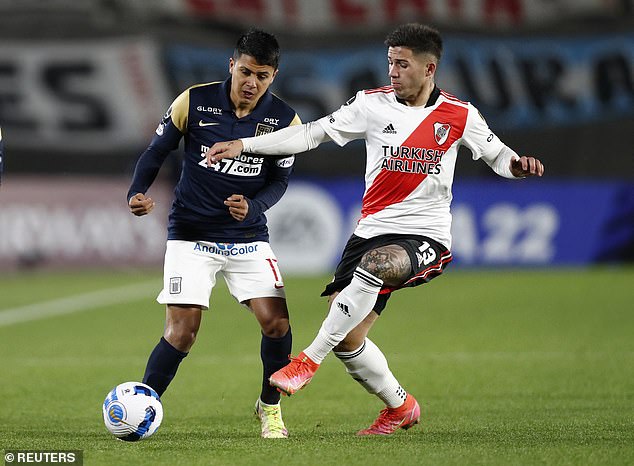 Wolves officials have been in Argentina this week in an attempt to close the deal but Benfica are also thought to be interested in the 21-year-old star, who is available for £17.5m 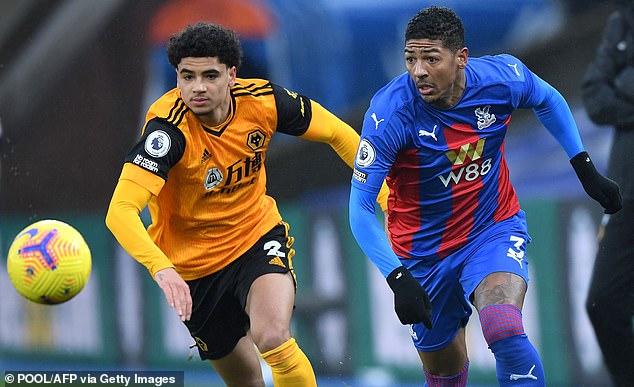 The 20-year-old’s days seemed numbered at Wolves after the home defeat by Crystal Palace in March, when Lage launched an extraordinary attack on him, after Hoever had limped off.

He said: ‘Ki is a good example of the young kids that want everything but don’t train at the intensity they need or prepare themselves enough.