Woman, 23, dies after drunken fall onto subway tracks as train moves and friend tries to save her

Woman, 23, dies after drunken fall onto New York subway tracks as the train starts moving and her friend who tried to save her is injured

A 23-year-old woman died after she fell between two cars of a train leaving a Brooklyn subway station early Sunday, and as a friend tried to save her from the fatal plunge.

The second woman also fell on to the tracks as the train was pulling out of the station at Broadway Junction, but only suffered a broken arm and was taken to a local hospital where she was in stable condition, police said.

Cops and emergency medical personnel raced to the station about 12.20am Sunday, when a 911 call was made about the women being struck by a moving Manhattan-bound A train, an NYPD report of the incident shows.

A 23-year-old woman died after she fell between two cars of a train leaving the Broadway Junction station in Brooklyn, New York, early Sunday, and as a friend tried to save her from the fatal plunge. Police and emergency personnel (pictured) attend to victims still under the train 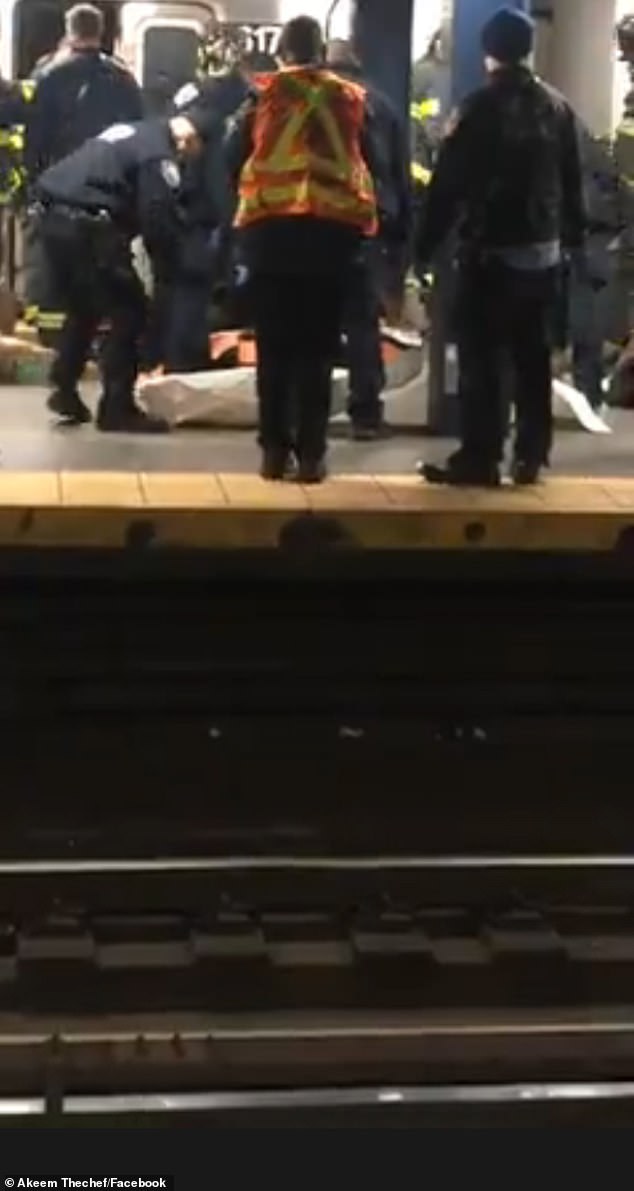 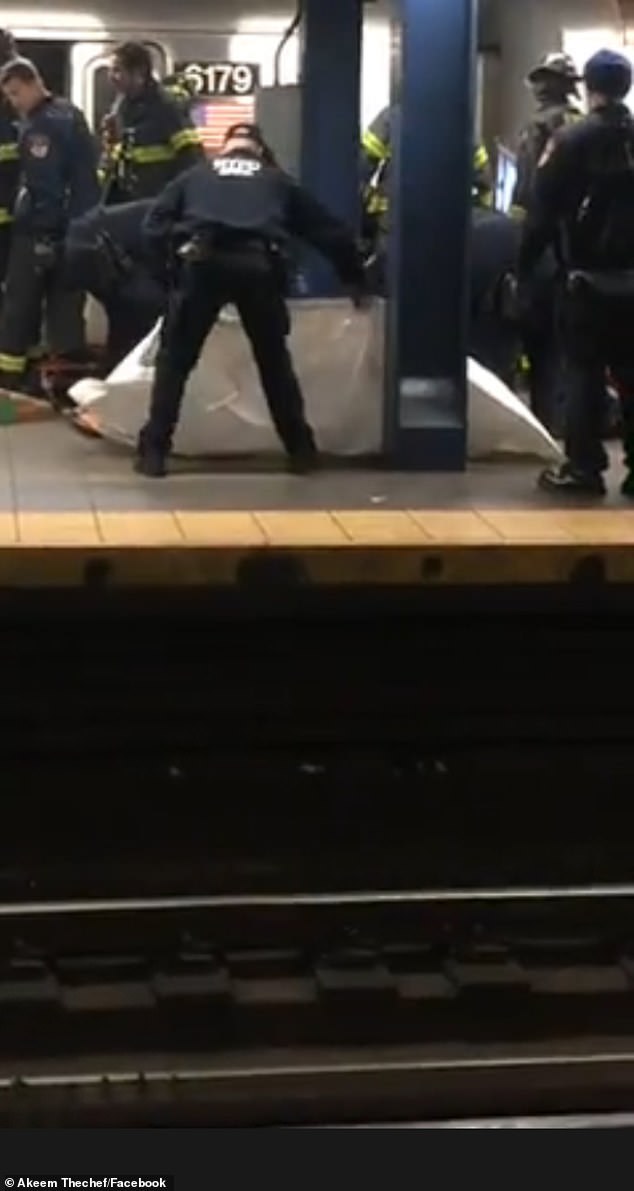 Police said they arrived on the scene to discover one of the women, 23, was unresponsive. She was pronounced dead at the scene from undisclosed injuries.

A medical examiner was to determine the cause of death, the NYPD said in its report. The victim’s name was not released pending notification of her family.

Witnesses said the women, who appeared to be friends who had been drinking, exited the train just moments before they fell into the tracks.

They were walking along the edge of the platform as the train was leaving the station, said police.

Both women were wearing high-heels, reports the Daily News.

‘They were arm-in-arm and one of them stumbled back and fell in between two train cars’, said witness Kwame Martin, 33, of Brooklyn’s Bedford-Stuyvesant neighborhood, the Daily News reports.

‘Her friend tried to catch her but the weight was too much for her and they both fell on the tracks between the two train cars’, Martin said. 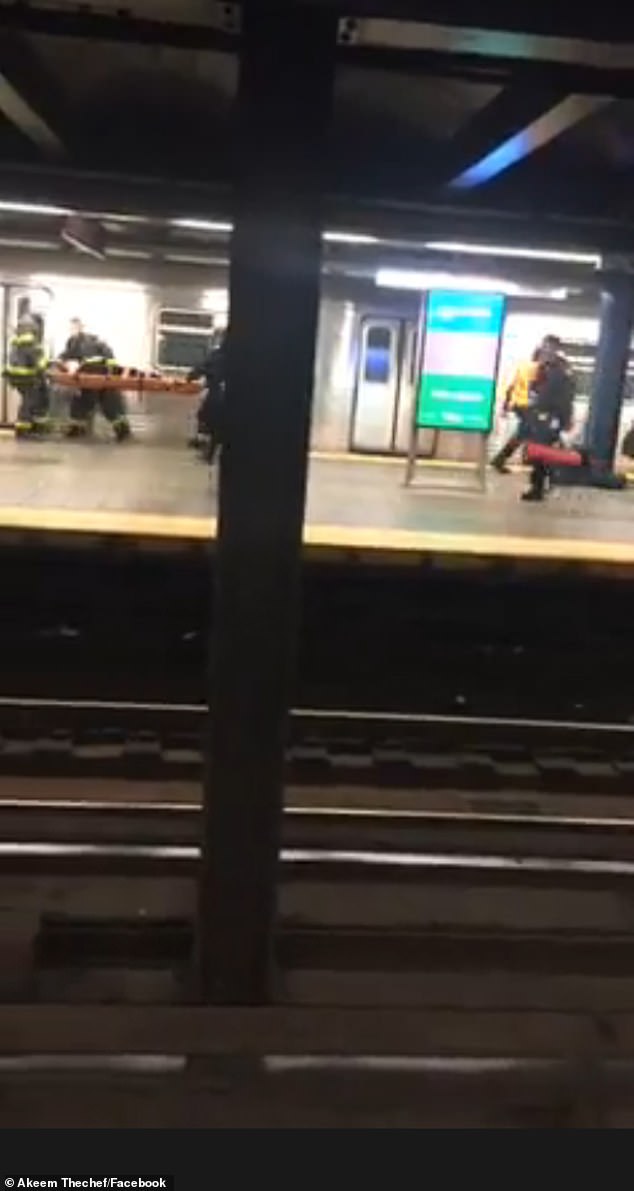 The second woman who also fell between the train cars while trying to save her friend and survived (pictured) was taken to a hospital for treatment of a broken arm and was in stable condition, police said

The witness said the cars were moving at the time and that ‘you could hear them [the women] screaming as the train rode over them’.

The fall happened between the third and fourth cars, Martin added.

‘Then everyone started hitting the train to alert the conductor to stop’, he said.

An Metropolitan Transportation Authority internal report indicated the conductor pulled the train’s emergency brakes as it pulled out of the station. Only one car had partially exited the station when the train came to stop, according to the report, the News reports.

The woman who survived was taken to Brookdale University Hospital for treatment of a broken arm, cops said. 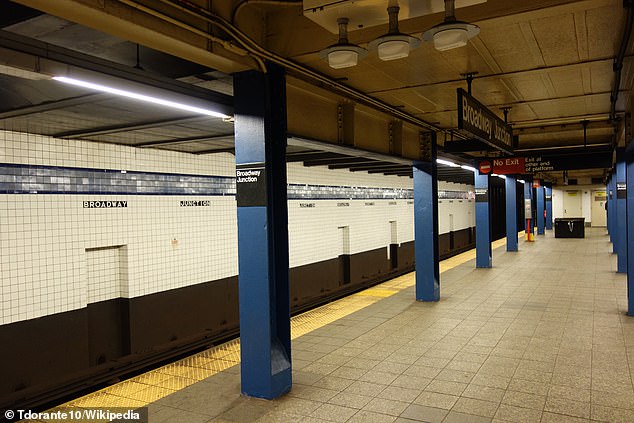 Police and emergency medical services personnel responsded to the Broadway Junction station in Brooklyn (pictured), after receiving a 911 call about the fatal fall around 12.20am Sunday