A couple with a 25-year age gap, who fell in love after meeting at a party, are certain that nature has blessed their union, although they receive stares in public.

Erianna, 24, first met John Macklin, 49, from Ohio at a party and was driven to give him her name and phone number on a receipt, when she spotted him a few weeks later in Chipotle.

The nursing student who initially thought he could be too old to date, revealed they spent time together that same day after he finished work.

‘I’ve always been an old soul, while John is more of a kid at heart,’ she said.

Erianna, 24, and John Macklin, 49, (pictured) from Ohio, who have a 25-year age gap revealed they were drawn to each other after meeting at a party 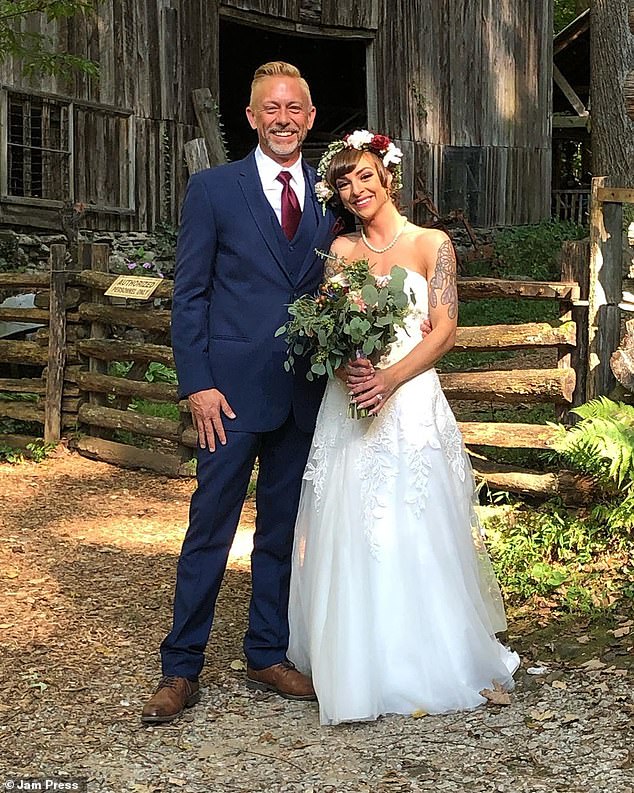 The nursing student who gave her number to John after spotting him in Chipotle a few weeks after the party, admits she initially thought he was too old to date

She continued: ‘At first I thought he was too old for me to date. I had just got out of an abusive relationship, and I just set on learning to be independent and love myself again.

‘But we connected deeply. We were so drawn to each other.’

Erianna, revealed it was John’s gallantry that first impressed her.

‘He opened car doors for me, which was something I’d never seen before.

‘For once I felt respected and genuinely cared for. And he always gave me the choice where I slept when I stayed the night,’ she added.

She admits their age gap loomed over their romance like a shadow and made her hesitant.

The nursing student said: ‘I did have a lot of hesitancy about our age gap.

‘I was very worried that people would judge me for that or not take our relationship seriously.

‘Overtime, those feelings dissipated as I realized other people’s opinions did not matter, just our feelings for each other. 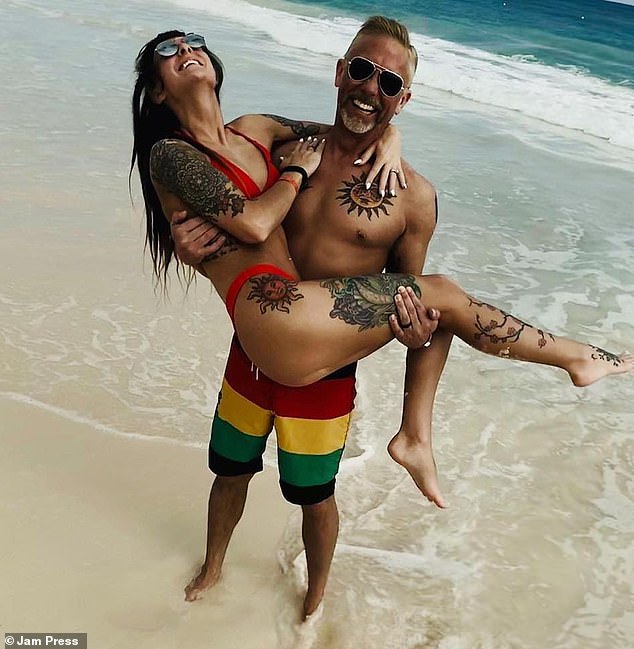 Erianna (pictured with Jonn on holiday) said his extra years of life makes him like a mentor for her, as he has a wealth of experience and patience

‘We both believe that we found each other and saved each other. He is the piece that completes me, and vice versa’

Any doubts her friends or family had about this much older man were put to rest by seeing a huge change in Erianna’s mood.

She continued: My mother did have concerns at first about the age difference.

‘Things were a bit awkward at first when he met my mother, because they are so close in age.

‘But when she realised how happy he made me, she supported it. I also thought my dad would never approve of him, so I didn’t bring John to meet my father until after him and I were engaged – although that entire time my dad was wondering why I never brought him around.

‘I also had friends thanking him because I had not been that happy in a very long time.’

Erianna thinks the quarter-century age gap is a wonderful thing.

‘John has been alive for 25 years more than me, which gives him experience and patience that I don’t have much of yet. 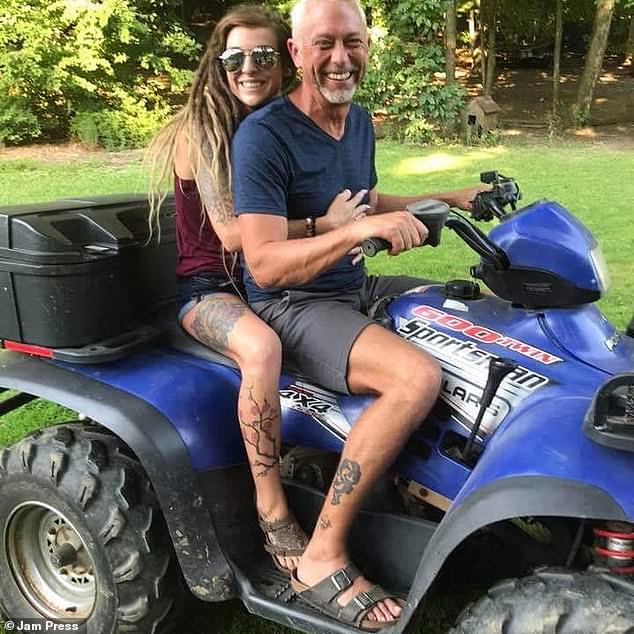 Erianna (pictured with Jon) shows John affection that proves she’s his wife, when people give them weird looks in public

‘His experience helps to guide me along and he is almost a bit of a mentor to me. He is also very supporting and encourages me to grow as an individual – which is something I don’t think men in my generation understand,’ she said.

Speaking about the reaction of being a pretty young nursing student and hairstylist, on the arm of a much older man, Erianna revealed their relationship does attract stares in public.

She said: ‘Some people give us weird looks and you can see the confusion on their face. They’re trying to figure out if I am his daughter or wife.

‘This is something that now amuses us when it happens though. Usually I grab on to him or show him some kind of affection to let them know I am in fact his wife.’

The 24-year-old continued: ‘John started going to the gym about a year and a half in because he realized our relationship was getting serious.

‘He felt that if he was going to be in a relationship with someone that much younger, he needed to get into shape to keep up with me.’ 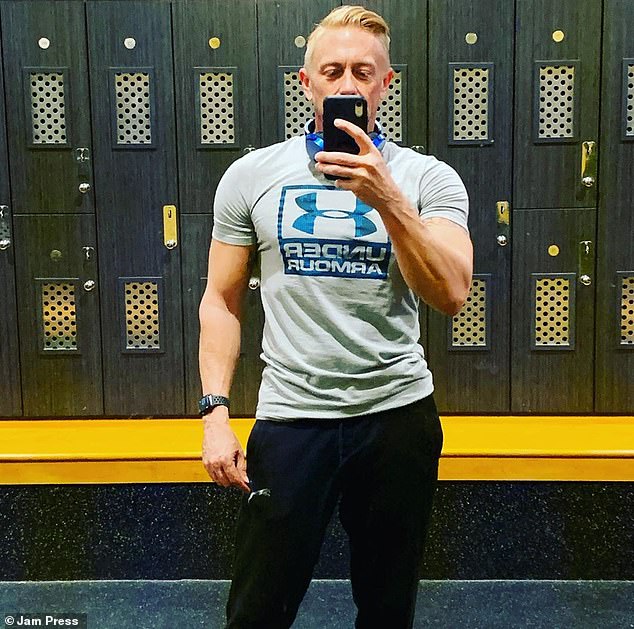 John (pictured) immediately quit smoking when he was put on a stent, following a heart attack 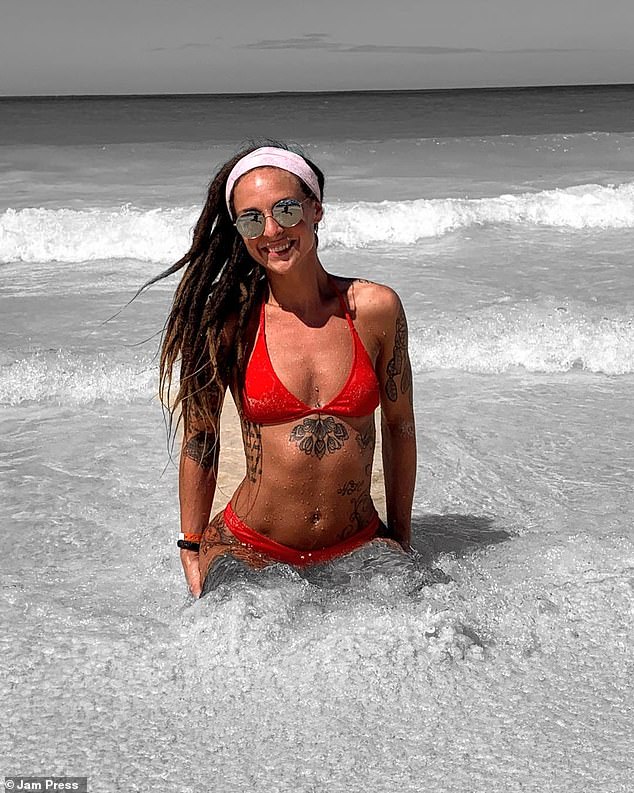 Erianna (pictured) revealed she and John go to the gym six days a week, as it’s their favourite thing to do

John suffered a heart attack and had one stent put in.

Erianna said: ‘He quit smoking immediately. At that point, the drive to be healthy became much more serious and we both now go to the gym six days a week. It is our favourite thing to do.’

John inspired their regular workouts and keto-style diet regime, which they share on their Instagram accounts @j0hnnymack and @eriannamacklin

She added: ‘He’s helping me train for a bikini competition soon as well’

Thanks to their fitness, Erianna reckons their sex life is second to none.

She said: ‘Our sex life is absolutely the best we have had in our entire lives.

‘A few words we like to describe it with are adventurous, freeing, ecstasy. It has never gotten boring, ever. 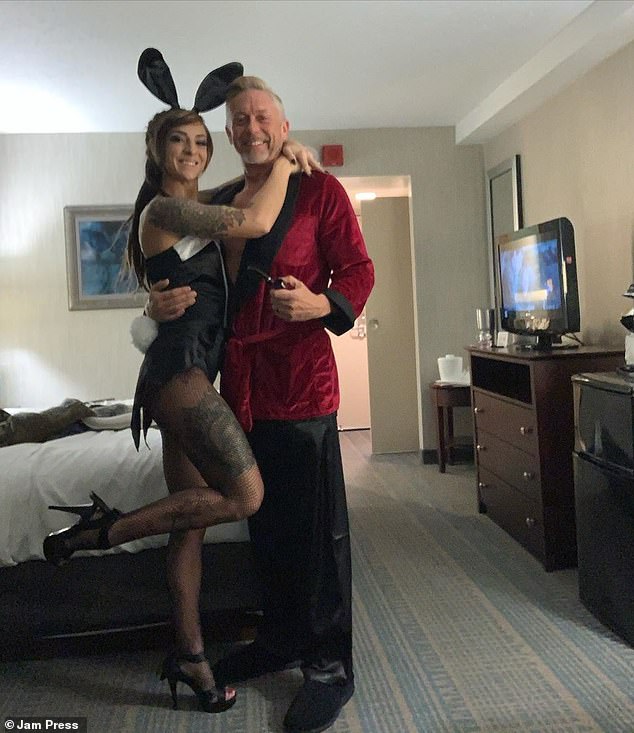 ‘We love sharing our fantasies with each other and also discovering new ones.

The couple have a sense of humor too, recently for Halloween John dressed up as the late Playboy founder Hugh Hefner, accompanied by Erianna as a sexy bunny girl.

Erianna said: ‘It was my idea but John had no complaints. Due to the age gap, the costume idea seemed appropriate, especially because we like to joke about it often.’

She revealed that John enjoys the humor of the situation.

The couple who have a 25-year age gap, tied the knot in a small ceremony last year just outside Gatlinburg, Tennessee.

Erianna said: ‘It was nothing short of a fairytale, especially since we got married in a green, mossy forest.

‘The day before our wedding a mamma bear and four cubs visited the backyard of our cabin. I truly felt like it was some sort of blessing from nature for our wedding.’ 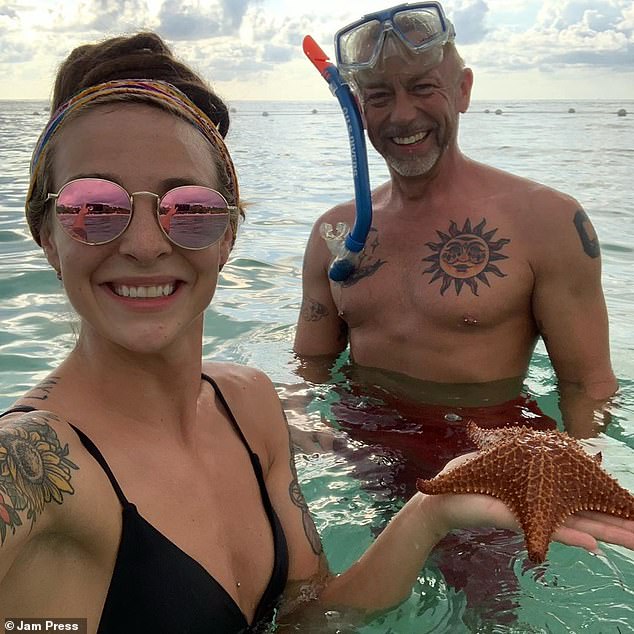 Erianna revealed that not everyone is supportive of their relationship, someone on Facebook once called her John’s child wife

Revealing the rude remarks they’ve had from online trolls, she explained: ‘Somebody on Facebook called me his “child wife”.

‘One time we were buying some muffins at the store and the clerk said “Are you going to save some of those for your dad?”.

‘Normally people feel terrible once they’ve realized they made an assumption.’

The pair have plans to set up a home up West and maybe start a family.

‘Given he has had a past vasectomy, we do have a few hoops to jump through. But if there is a will, there is a way.

‘As long as we have each other, we are happy wherever we go. I cannot wait to make him the father of my child,’ she said. 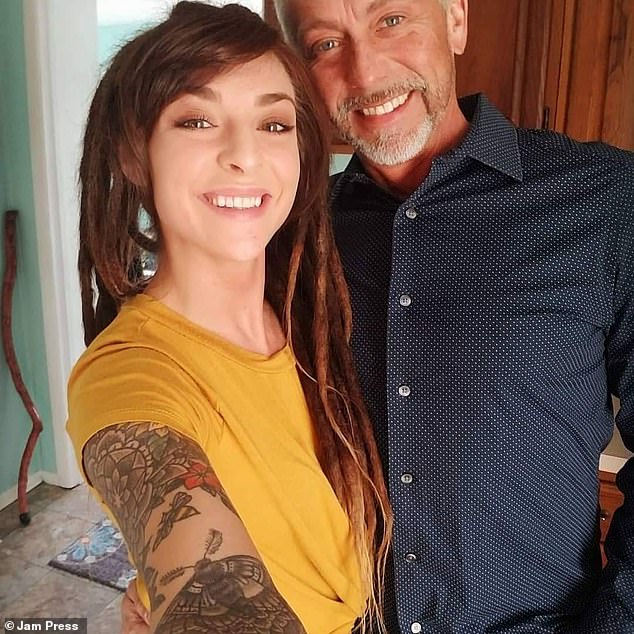 The pair hope to set up a home and perhaps start a family, despite John previously having a vasectomy