Woman, 25, and a man are arrested after father died in a high-speed crash

Woman, 25, and a man are arrested after father died in high-speed crash with a tanker while escaping a gunman

By Aap and Adam Mccleery For Daily Mail Australia

A man has been charged with murder following a car chase and fatal crash that claimed the life of a father on a southern NSW highway.

Police say a Ford Territory was travelling on the Princes Highway, south of Wollongong, when it struck a petrol tanker at about 2.20am on Saturday.

The 25-year-old female driver, believed to be Mr Merrett’s sister, and two other passengers – a man and a woman also aged 25 – were rushed to hospital where they remain in a stable condition. 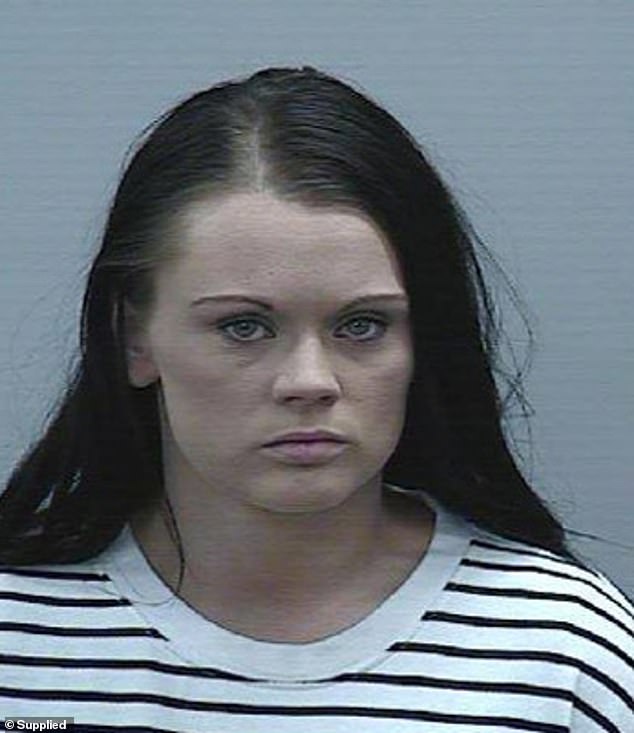 Police are searching for Holly Green, 25, (pictured) in connection to the fatal traffic crash on Saturday night

Investigators believe the Ford Territory SUV was being pursued by a silver Toyota Corolla when it smashed into the truck.

Detectives began a search for occupants of the Toyota and on Wednesday afternoon arrested two people – Andrew Russell, 34, and a 25-year-old woman.

The man was charged with murder and armed robbery. He was refused bail to appear at Gosford Local Court on Thursday.

The woman was charged with numerous offences not linked to the crash and was also refused bail to appear at the same court. 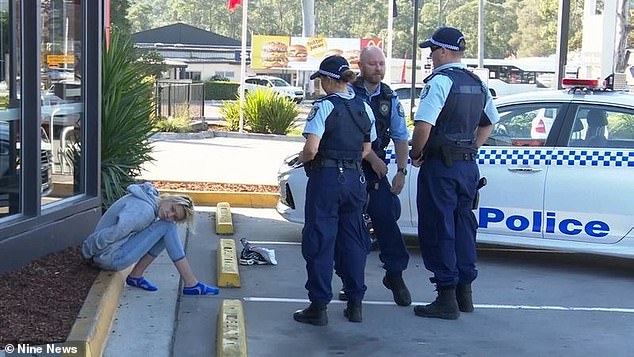 Members of the public are urged not to approach them but call Crime Stoppers.

It’s alleged Mr Merrett and the three others in the Ford Territory had been involved in a confrontation at a party earlier in the night.

Green is wanted on lesser charges while Butler has a warrant issued by police for him for murder.

Family and friends took to social media on Tuesday to share their grief on what would have been Mr Merrett’s birthday.

‘This ain’t right, you should be home with your family,’ brother Jordyn Clulow wrote on Facebook. 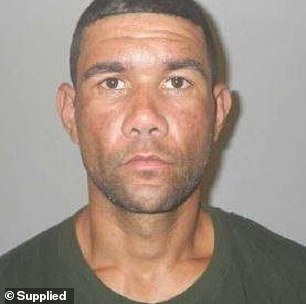 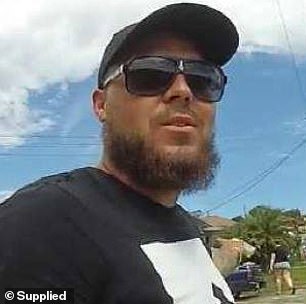 Police arrested Andrew Russell, 34, (pictured left) and have an outstanding warrant for Darren Butler, 27, (pictured right) over their connection to the Albion Park Rail crash which left a young father dead after his car hit a tanker

‘You’re a Soulja (sic), you’re my big brother, always there for me when I needed you, even though we had our differences at times we still was brothers.’

A GoFundMe page has been set up by one of Mr Merrett’s childhood friends, Joe Louis, to help his young family with funeral arrangements.

‘I have taken the initiative to create this GoFundMe explicitly to help Kat and the girls get back on track with some financial assistance,’ Mr Louis wrote.

‘I always promised Daniel I’d have his back no matter what and when the inevitable were to happen I’d help make sure twins Kaydence and Kyarni would be ok.’ 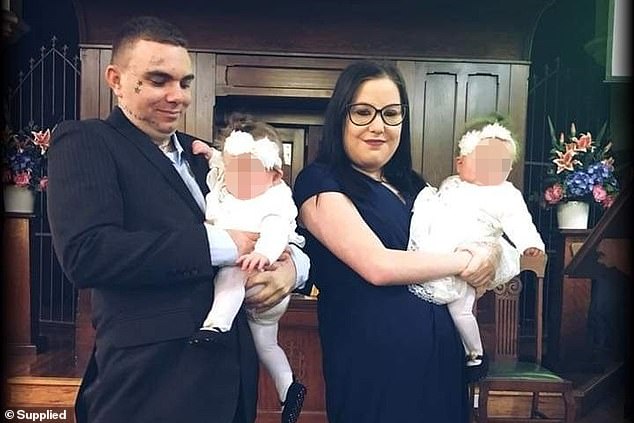