Woman, 25, defends her relationship with boyfriend, 55,

A 25-year-old woman has revealed how she fell in love at first sight with her 55-year-old boyfriend despite their 30-year age gap.

Ryan Rosado, from New York, immediately felt a connection with Steven Russell, from Maine, when they met at a business luncheon two years ago and the pair quickly started dating.

Ryan, a cyber consultant, explained her family have been supportive of her relationship but said she has yet to meet Steven’s daughters, aged 23 and 26, because they refused to accept her as their father’s girlfriend.

The pair have also agreed they will not have children of their own.

Love at first sight: Ryan Rosado, 25, immediately felt a connection with Steven Russell, 55, when the pair met at a business luncheon two years ago and the pair quickly started dating 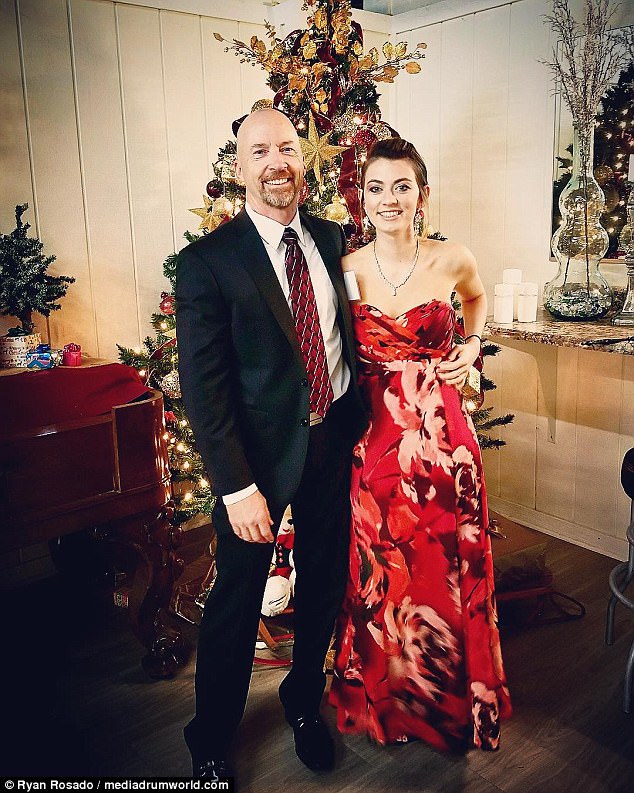 Family feud: Ryan said her family was supportive of their relationship – but admits Steven’s daughters, aged 23 and 26, refuse to accept her as their father’s girlfriend 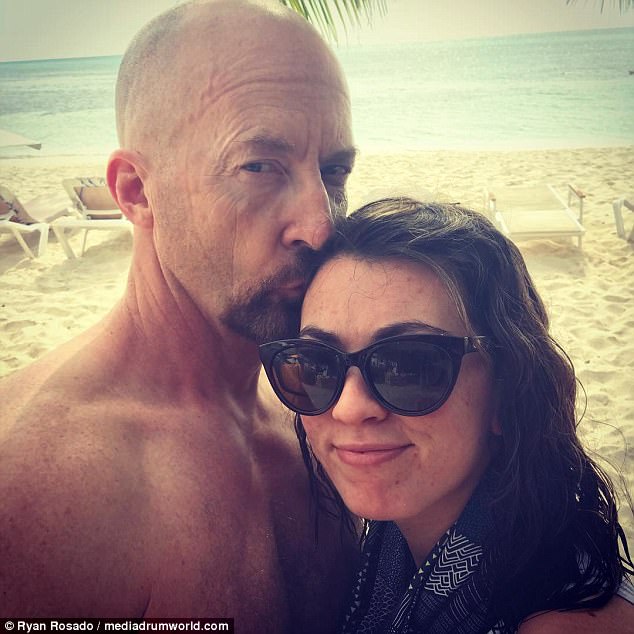 Deep bond: Ryan said her relationship with Steven is ‘much more than physical attraction’

Recalling the moment they met, Ryan said: ‘We both knew when we met there was an instant and very intense attraction – something neither of us had ever felt before.

‘On our first date we found ourselves very surprised by the end of the date how much we actually liked each other.

‘We couldn’t get enough of each other, which is why the date, that we both thought would only last three hours, ended up lasting so long.’

Ryan explained that other members of her family were also in ‘age gap’ relationships so were immediately on board with her choice to date a much older man. 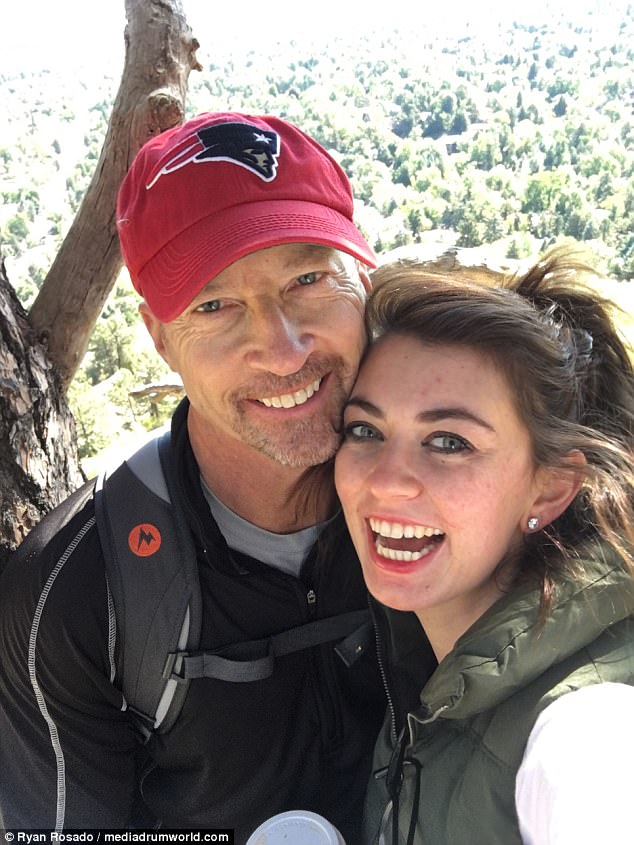 Life changing: Ryan and Steven have decided that they will not ever have children together 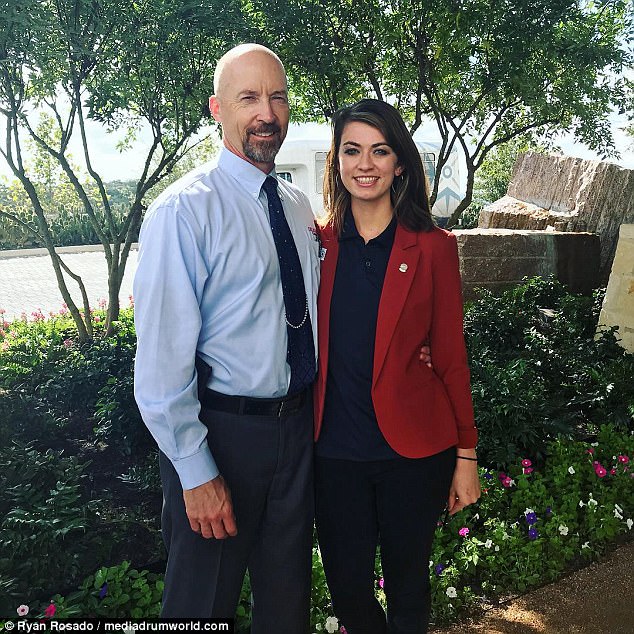 Wise beyond her years: Ryan said she has always been seen as an ‘old soul’ by her friends 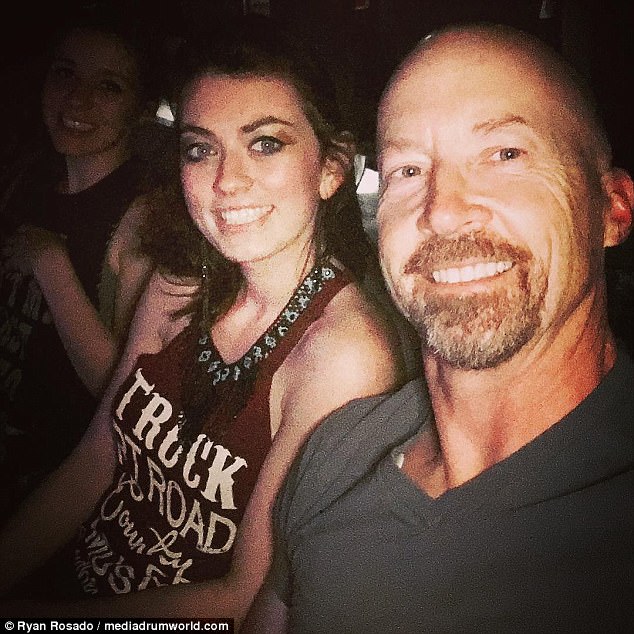 Experience: Ryan, pictured with Steven, revealed she had previously dated someone 14 years her senior

She had also previously dated someone 14 years her senior.

She said: ‘When I told my mum, she said to me “we both have good taste in men”. My family always say that age doesn’t matter once someone is an adult, because it doesn’t define anything about that person.

‘I was always seen as the ‘old soul’ in my friendship group and this wasn’t my first age-gap relationship.’

However Steven was surprised to find himself attracted to someone so much younger.

Ryan continued: ‘[He] was afraid of being stereotyped as someone who was either having a mid-life crisis or having his really good reputation questioned because of it.’ 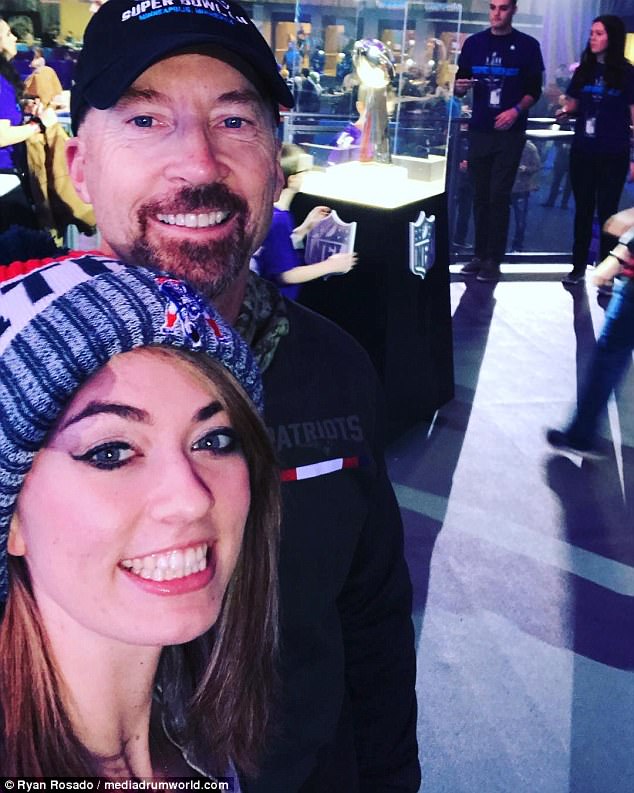 Reservations: Steven was initially worried about his decision of being stereotyped by others

Ryan met Steven’s father and one of his brother but is still waiting to be introduced to his daughters.

She continued: ‘Most people have come to accept it and say “whatever makes you guys happy. You aren’t doing anything wrong”.

‘I know I am with someone who is a father and would love to see every side of him; the business man, the adventurer, and of course, the family guy and father.’

The age gap means the couple has agreed they will not have children together, although Steven feels like he is ‘robbing’ his girlfriend of a family.

Ryan said: ‘It is my body and I have always debated if I wanted kids, and if I change my mind, I will let him know. The issue has luckily died down recently.

‘The future holds many possibilities, but children are most likely not one of them.’

She continued: ‘We have so much in common and fit together so well. We are both ambitious, work hard and are goal-oriented.

‘The other big part of our attraction to one another is our hobbies, which align perfectly; we both like to golf, workout, travel.

‘Most people probably would think I am a gold digger, but our relationship is pretty fifty-fifty, which would surprise many.

‘At the end of the day, this relationship is much more than physical attraction and the bottom line is, we are happy. We are partners in crime, companions. We are better together than we were apart.’