Woman, 25, reveals how her mother’s friend, 58, groomed and raped her

A young woman groomed by a paedophile rapist from the age of 15 has today revealed how the ‘monster’ passed her around his friends including a mechanic who abused her as ‘payment’ for fixing a car.

Lisa Poncia, now 25, was defiled by Anthony Gorringe, 58, for four years during her teens with her attacker photographing and filming the attacks.

The ‘manipulative sexual deviant’ showered her mother with gifts and offered to tutor her daughter for her GCSEs so he could get her alone and rape her.

Last year was found guilty of a string of sex offences and jailed for 24 years while his mechanic accomplice, Barry Gaynor, 52, was jailed for six years for raping Ms Poncia.

The stay-at-home mother has waived her right to anonymity to tell her story and support other abuse victims trying to rebuild their lives.

She said today: ‘I’m thankful he’s been jailed and the world can see him as the monster he truly is. Becoming a mother made me realise the impact of Anthony’s abuse. I knew he couldn’t get away with what he’d done to me’. 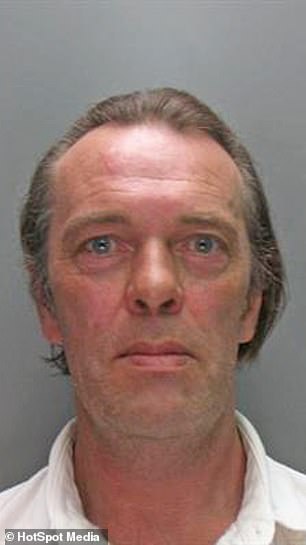 Lisa Poncia, now 25, was defiled by Anthony Gorringe, 58, for four years during her teens with her attacker photographing and filming the abuse and forcing her

Lisa had met Gorringe at a local supermarket in early 2009 when she was 15, and he befriend her mother, inviting them to his house each week for dinner.

But the sexual deviant was told that Lisa was struggling with her GCSE homework, and convinced her mother to let her visit him alone each week for tutoring, allowing him to start his campaign of rape and sexual abuse.

Describing how she was groomed, Ms Poncia said: ‘Anthony made me feel like I only needed him. He was a great manipulator, but I never saw that at the time. 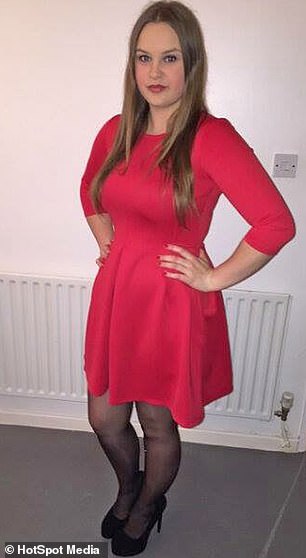 Lisa hid the attacks from police until Gorringe was jailed, and then helped give evidence that gave him another 24 years behind bars

‘We really thought we could trust him. But I realise that this was the start of his trap.’

By December 2009 Gorringe’s behaviour became sinister, and he drove her to the park instead of home and abused her in his car, which being a weekly occurrence.

She added: ‘He even bought me a phone so he could send me messages in private.’

In January 2010, Gorringe then raped Lisa at his home and would attack her ‘whenever we were alone together’, she said.

She added: ‘I felt so alone and would cry in my room for hours. He never threatened me, but I didn’t dare tell anyone.’

It was then that her abuser forced Lisa to have sex with strangers and his friends including Barry Gaynor, who was his mechanic.

Lisa says: ‘Barry fixed Anthony’s car and I was the payment. Barry knew the sex wasn’t consensual, but he raped me anyway. It was horrible, and I felt trapped.’

In May 2011, Lisa, then aged 17, fell out with her mother and Gorringe took her in, knowing she had nowhere else to go.

A month later police turned up at the door after allegations were made against him by someone else. He was arrested and released on bail. 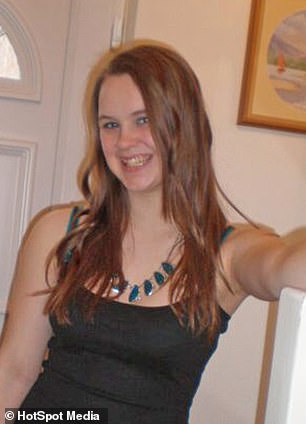 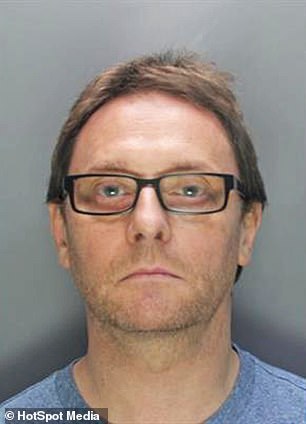 Lisa had been struggling at school and her abuser Gorringe seized the chance to offer tutoring so he could get her alone to rape her. He then allowed his friends to rape her including mechanic Barry Gaynor, 52, who has now been jailed

But undeterred the abuse got worse and abused Lisa more and took pictures.

Lisa remained under his spell, and took two years to finally pluck up courage to tell the police what he had done to her.

She said: ‘Despite everything he’d put me through, I felt like Anthony was the only person I had left so I couldn’t tell the police about the rapes.

‘So I continued to chat to him over the phone and even visited him in jail. But by February 2015, I realised that I needed to move on and I plucked up the courage to tell him to stop contacting me.

‘Anthony was furious but I never heard from him again. A month later, I met my now-husband and we had two boys.

‘So I reported him to the police, and he was arrested and charged.’

While behind bars, and using evidence from Lisa and a teenage boy

Mechanic Barry Gaynor, 52, of Stevenage, was also jailed for six years after being convicted of raping Lisa.

Describing her feelings now she said: ‘It was a relief. Anthony picked me out at the supermarket, groomed, assaulted and exploited me.

‘He’s a monster. Now I’m trying to move on with my life. I just hope that my story gives others the courage to speak out. My only regret is that I didn’t do it sooner.’