Woman, 26, to be reunited with toy bunny that was sucked out of WWII bomber

A woman has revealed she will be reunited with her cherished cuddly toy after it was sucked out of a gun port while flying in a World War II bomber.

Victoria Maginnis, 26, who is originally from Northern Ireland but now lives in Ontario in Canada, launched a desperate search to find her beloved stuffed rabbit, known affectionately as Bunny, after it was lost less than ten minutes into the flight with her father Jim over Aldershot in Ontario, Canada.

The cuddly, which went everywhere with Victoria when she was small and had accompanied her Royal Air Force pilot father to Afghanistan in 2009, was found two weeks later perched on the roof of a care home.

‘I can’t believe it!’ she wrote in a Facebook post. ‘My dad’s thrilled (and way less guilty!).

‘I’m over the moon. I’m heading out there on Saturday to pick Bunny up, and hopefully meet (the rescuers). Bunny’s coming home, and staying on the ground.’

Victoria Maginnis, 26, from Ontario in Canada, is to be reunited with her cuddly toy called Bunny on Sunday after it was found on the roof of a care home by technicians Kevin Wanderwal and Rob Pearce (pictured) 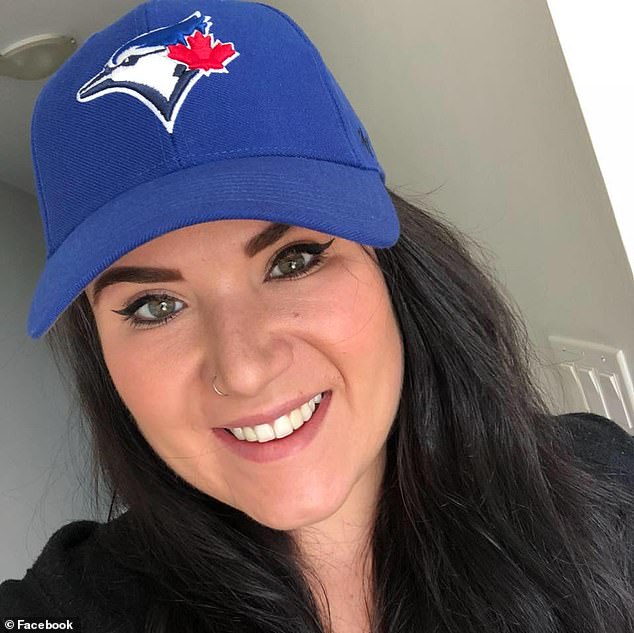 Victoria, pictured, launched a desperate search to find the cuddly toy which was sucked out of a plane. The beloved rabbit even accompanied her to her first day of school 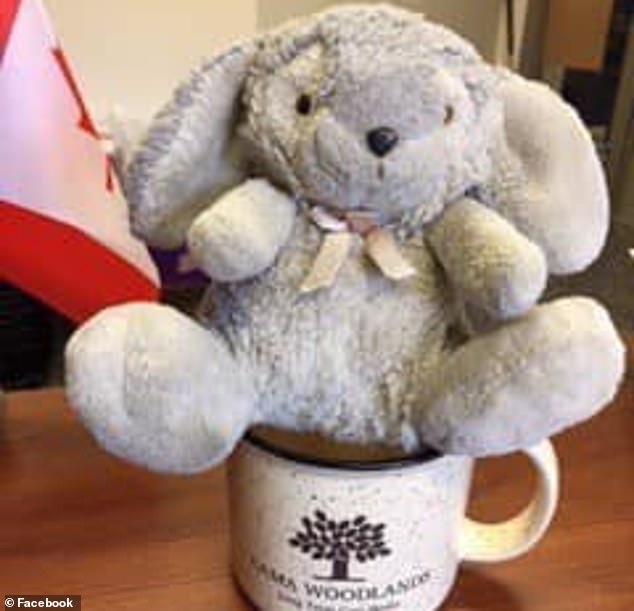 Bunny had been travelling with her father Jim in a WWII Lancaster Bomber over Aldershot in Ontario, Canada

When Jim came to visit his daughter in the area, where she works in technology, he decided to take a flight in a WWII Lancaster Bomber to tick a long-held desire off the bucket list.

At the airport, Victoria surprised her father with Bunny, who had previously flown in a Wessex helicopter and in a 1950s carrier-born Buccaneers aircraft.

But as Bunny was propped up for a photo just as the flight began, the family heirloom of 25 years was sucked out of the aircraft and vanished.

Devastated, Victoria launched a search for the soft toy by posting on social media and setting up an email address for anyone wished to report Bunny’s location.

‘Absolutely zero chance of finding this but worth a shot’, she penned. ‘My dad flew on the Lancaster plane (Saturday 9th November) – and about five minutes into the flight, a sentimental family toy rabbit fell out of the aircraft.

‘Could be on a street, could be in a forest. If miraculously (!) found, please let me know.’ 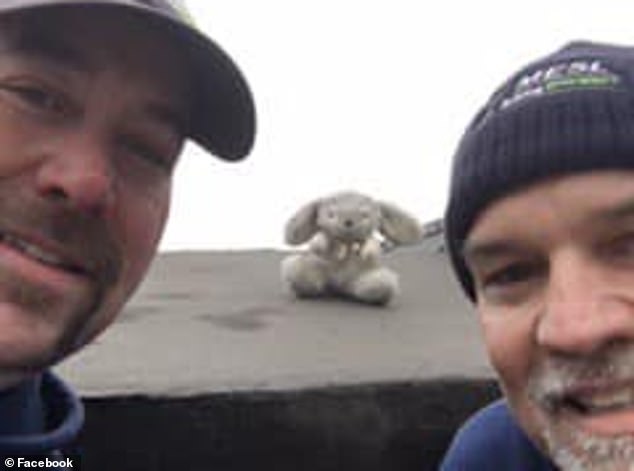 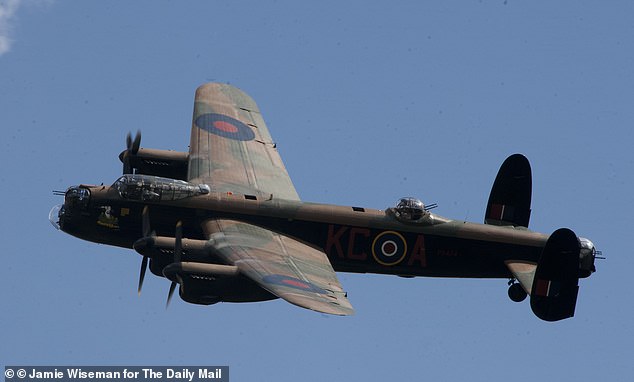 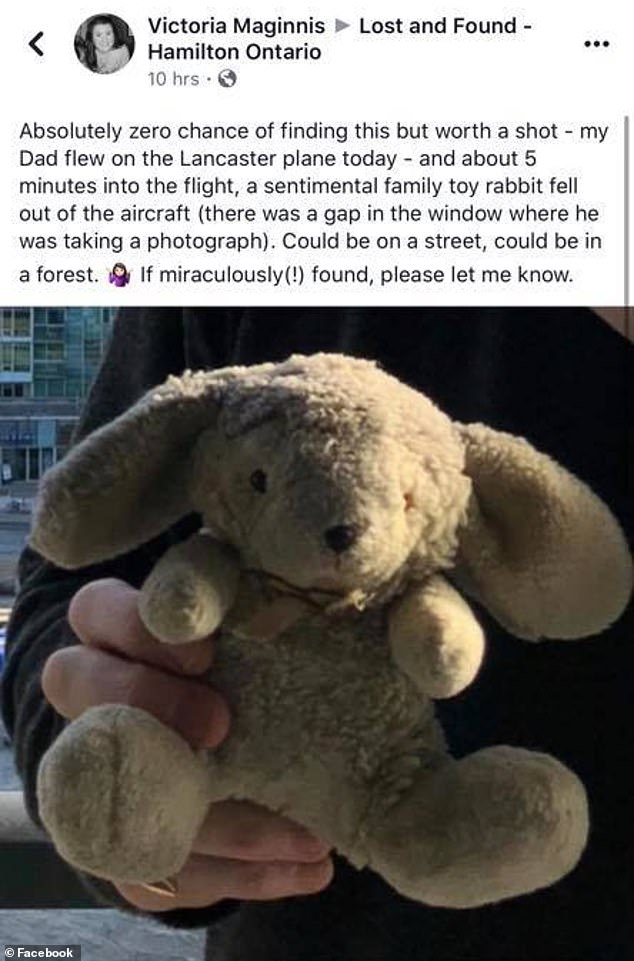 Her father used his pilot skills to estimate where Bunny may have landed, and Victoria went out with volunteers to search the area. Her post about the rabbit was also shared thousands of times.

Two weeks later she received an email from Kevin Wanderwal and Rob Pearce, who had spotted Bunny on the roof of Woodlands Long-Term Care Home.

‘The bunny was sitting right there on the ductwork,’ Vanderwal told CBC, before adding that his colleague instantly recognized the missing toy.

‘It sitting upright, almost looking at us. It was kinda creepy.’

Taking to social media, Victoria wrote: ‘I’d been out in that area the past few weekends with friends but no luck.

‘There was too much snow and it was super wooded/remote. We assumed at this point, Bunny was off on her big Canadian adventure.’

Victoria is going to be reunited with the treasured cuddly on Saturday. 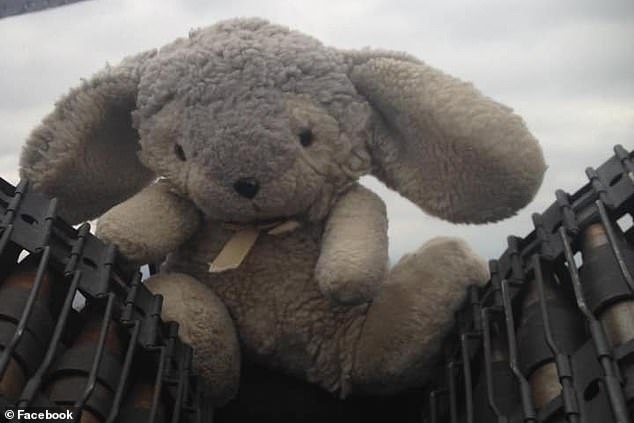 Bunny had gone everywhere with Victoria when she was young, and was sent with her Royal Air Force pilot father to Afghanistan in 2009