‘Can’t believe I’m having to write this’ Heartbroken brother tells of pain after 13-year-old boy is killed in hit and run tragedy as woman 28, is arrested

The heartbroken brother of a 13-year-old boy who was knocked down and killed while crossing the road on Easter Sunday has paid tribute to the ‘kind-hearted, smart and loving’ teenager.

Mason O’Grady was hit by a black Volskwagen Polo while on a family walk in Erdington, Birmingham, and a 28-year-old woman has been arrested.

Mason’s brother, professional golfer Adam Bryant, paid tribute to him in a Facebook post, saying: ‘Can’t believe I’m having to write this.

Mason O’Grady was hit by a black Volskwagen Polo while on a family walk in Erdington, Birmingham

‘He would have done anything for anybody, he was was truly an amazing person.

‘This massive shock has left a huge hole in our family so if anybody could help with the investigation please please don’t hesitate.

‘Mason was a huge character he will be truly missed by everyone. See you soon little brother, love you more than you could ever know! ❤️.’

A woman has been arrested on suspicion of causing death by dangerous driving and failing to stop. 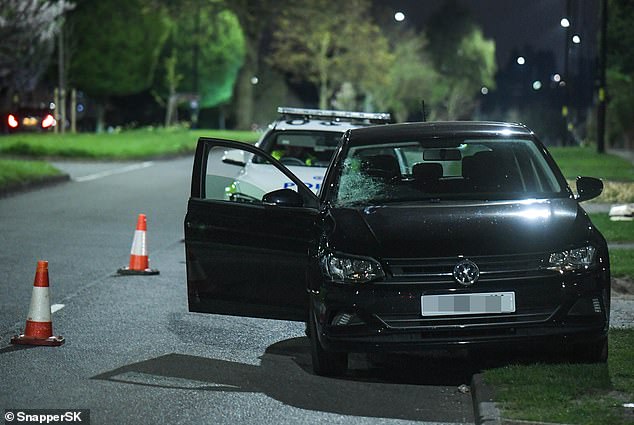 The teenager was crossing Chester Road in Erdington with his family when he was struck by the black vehicle just before 6.50pm 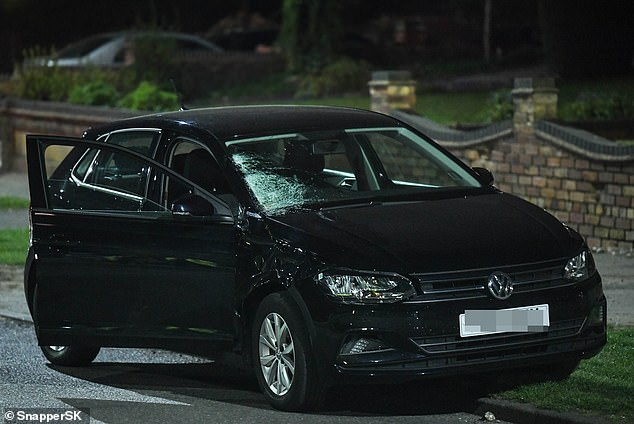 A 13-year-old boy was crossing Chester Road in Erdington, Birmingham with his family on Easter Sunday when he was struck by a black VW Polo just before 6.50pm

Residents living on Chester Road said it was notorious for speeding drivers.

One said: ‘It was slightly up the road from where we live. It’s shocking but people do drive far too quickly down this street.’

Another said: ‘I’ve seen so many near misses and always thought it was only a matter of time before someone is killed.

‘Drivers go far too fast down this road.’

The boy was rushed to hospital for treatment, but died a short time later.

Detective Sergeant Alan Hands, from the force’s collision investigation unit, said: ‘We are still trying to establish how this tragic incident has happened and anyone who has information and hasn’t yet spoken to an officer should call us on 101.

‘This is a parent’s worst nightmare and it’s impossible to imagine their grief, but specialist officers will be supporting them as our investigation continues.’ 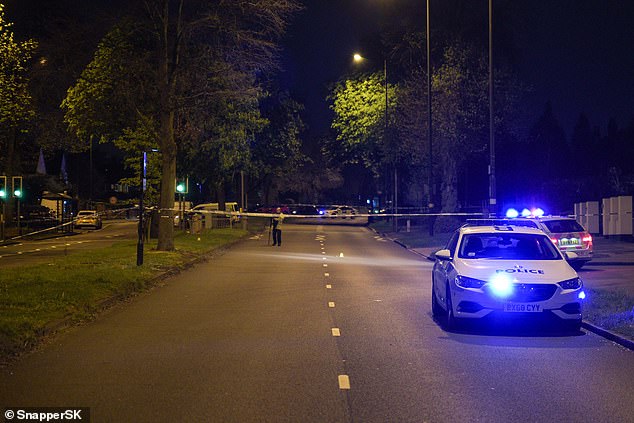 Detective Sergeant Alan Hands, from the force’s collision investigation unit, said: ‘This is a parent’s worst nightmare and it’s impossible to imagine their grief’