Mari Di Gennaro, 29, applied for a spousal visa after marrying her Brazilian husband in January, but the Home Office rejected the visa and put a block on either of them travelling outside the country

A woman has been forced to prove she is eligible to live in the UK as her partner risks being deported after a Home Office call handler mispronounced her name on the phone, it has been claimed.

Mari Di Gennaro, 29, applied for a spousal visa after marrying her Brazilian husband in January. After six months apart, she said they were excited about beginning their life together at her home in London.

A Home Office official contacted the veterinary nurse’s former workplace to carry out a background check but his accent was ‘so thick’ staff couldn’t recognise her mispronounced name.

As a result, the Government – without appearing to check her National Insurance or tax records – rejected the spousal visa and put a block on either of them travelling.

They also wrote to her and demanded the Londonder proved her right to live in the country.

Ms Di Gennaro, who has lived in England since she was a toddler, said it was ‘insulting’ and upsetting as the letter accused her of ‘fabricating’ her work history.

‘I’ve only worked at four places my whole life, I started work as a Saturday girl at sixteen and never left the profession.

‘I am on good terms with all of my former employers, so I thought it was very strange when I first read the letter.

‘I contacted my old bosses and they told me the Home Office had phoned but the person’s accent was so thick, they couldn’t understand them and they mispronounced my name. 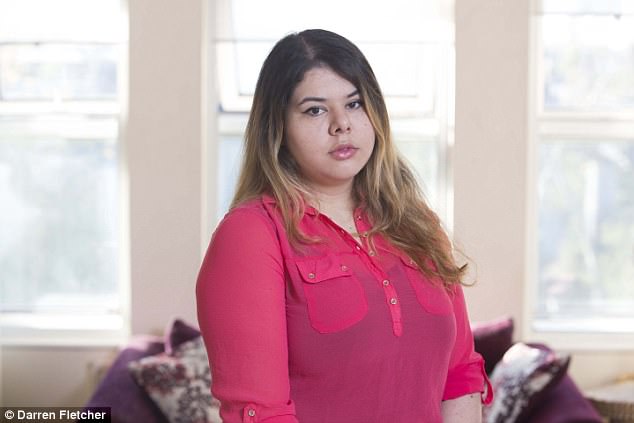 A Home Office official contacted the veterinary nurse’s former workplace to carry out a background check but his accent was ‘so thick’ staff couldn’t recognise her mispronounced name. As a result, the Government rejected the spousal visa

‘But it is just ridiculous because how much proof do they need? Surely there must be some kind of link between my National Insurance number to show where I worked rather than relying on one person. It’s unfair for this to happened just because the caller couldn’t be understood on the phone.’

‘When the letter arrived, at first I was just happy to get our passports back as we wanted to book flights to Brazil for when my partner’s sister graduates university plus we were planning to go on a proper honeymoon.

‘But when I opened the letter I was just in shock, it took me about two days to process it. I even took it to work to make sure I was reading it right.’

Speaking exclusively to MailOnline, Ms Di Gennaro described how the decision had shocked friends and family as she was forced to prove her legitimacy in the only country she has ever known living in.

‘All my education has been done in the UK,’ she said.

And after moving to the country with her when she was two, she said her parents threw themselves into English life.

Her mother, now a British citizen of almost 30 years, married and English man who Ms Di Gennaro credits for her ‘immensely British’ upbringing.

‘We went on half-term holidays to Butlins, I undertook the Duke of Edinburgh award and took part in RAF cadets. England is where I have grown up and I feel British. I was on the urge of telling the Home Office I was on Blue Peter once, you can’t get more British than that,’ she said. 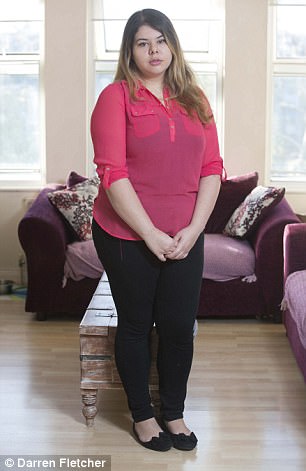 Ms Di Gennaro, who has lived in England since she was a toddler, said it was ‘insulting’ and upsetting as the letter accused her of ‘fabricating’ her work history

‘I could understand if I had come here as an adult, but I’ve lived here near enough my entire life and it is my home. To be told I need to prove I could stay in my home is insulting, the Home Office needs to understand that we are people, not numbers.

‘I don’t understand why they can’t employ some common sense to search my national insurance number, NHS records and school records which all show I’ve been here since I was two.’

She said the mishap has turned her life upside down as her studies at Birbeck University have also been placed on holiday after her student finance payments stopped suddenly.

And tragically, the travel block during the appeal process means her husband, whose father passed away this week, will be unable to fly back to Brazil for the funeral.

She said: ‘We’ve already spent six months apart as newlyweds while we waited for his family member permit, which was awful.

‘We’ve done everything by the book, which is takes a lot of patience and is immensely frustrating. My main worry is him being sent back to Brazil, we just want to get on with our new life together.

‘As long as we can prove we’re in the process of applying or appealing, he can stay but can’t travel, given that his father passed away suddenly in Brazil four days ago, this is something that has really affected us.’

Ms Di Gennaro said the appeal process was not cheap.

‘Appealing is ridiculous,’ she said. ‘It is going to cost thousands of pounds which I don’t have. The other option is to wait and try again in six months time.’