A young woman living with enormous haggis-like growths on both of her ears has them removed as the new series of Dr Pimple Popper returns.

Cosplay enthusiast Jennifer, 29, from Philadelphia, is used to dressing up and pretending to be someone else, but in reality she struggles daily with her appearance due to the four massive growths.

In tonight’s episode of the TLC show, Dr Sandra Lee wrestles with the keloid scars, which over the years have caused Jennifer to fall into depression.

‘Around the time that the growths began, I developed an eating disorder,’ she explains tearfully. ‘I also battle with depression. Honestly, I feel like I’m a deformity. I’m unnatural. I worry about being ridiculed and mocked.’

Jennifer, 29, from the US (pictured) has her haggis-like ear growths removed as the new series of Dr Pimple Popper returns 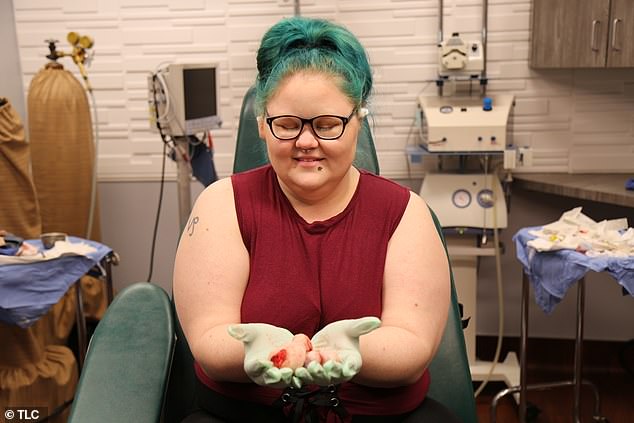 The cosplay enthusiast reveals that the growths, which are eventually diagnosed as keloid scars, have caused her pain and depression over the years

After suffering with the lumps which dangle above her ear canal for the past 11 years, Jennifer reveals just how much discomfort they cause her.

‘They cover the openings of my ears,’ she explains. ‘I tend to have muffled hearing, they’re incredibly painful and they cause headaches, they make me nauseated. I don’t know what they are.’

Having been baffled by the growths for years, Jennifer is still in the dark about what they are.

‘I had originally had piercings in both ears and they both got infections,’ she says in the stomach-churning show.

‘They did not want to heal at all. The doctors that I saw did not know what they were.’ 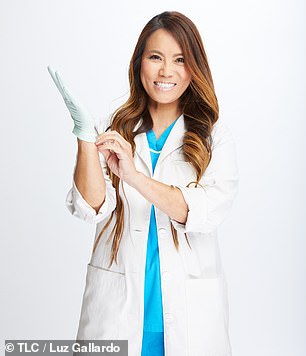 ‘When I explained to them that I previously had piercings, a lot of them felt like it was something I caused myself, that it was my problem and that I had to deal with it.’

For over a decade, the pain, discomfort, and embarrassment that these growths induce have caused Jennifer to fall into a depression.

During her initial consultation, the expert instantly sympathises with Jennifer and offers a diagnosis straight away – keloid scars. 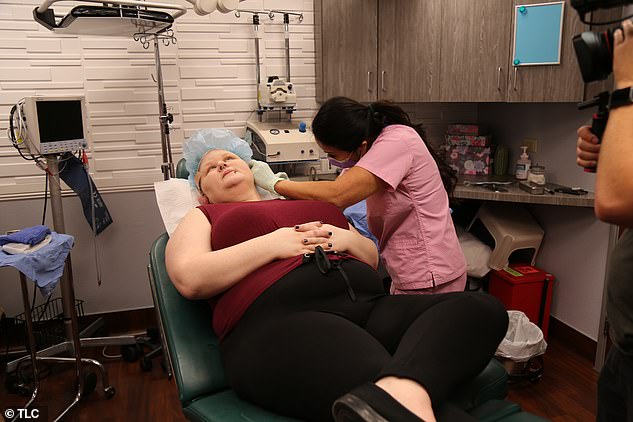 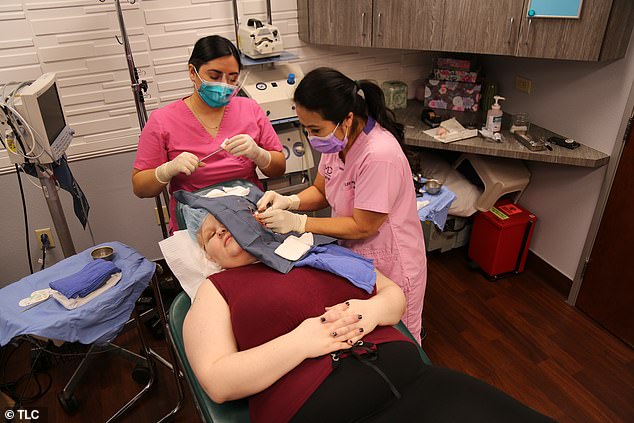 Describing the looks she’s received due to the growths, Jennifer explains: ‘People look at you, but they’re not looking at you they’re looking at your disfigurement’ 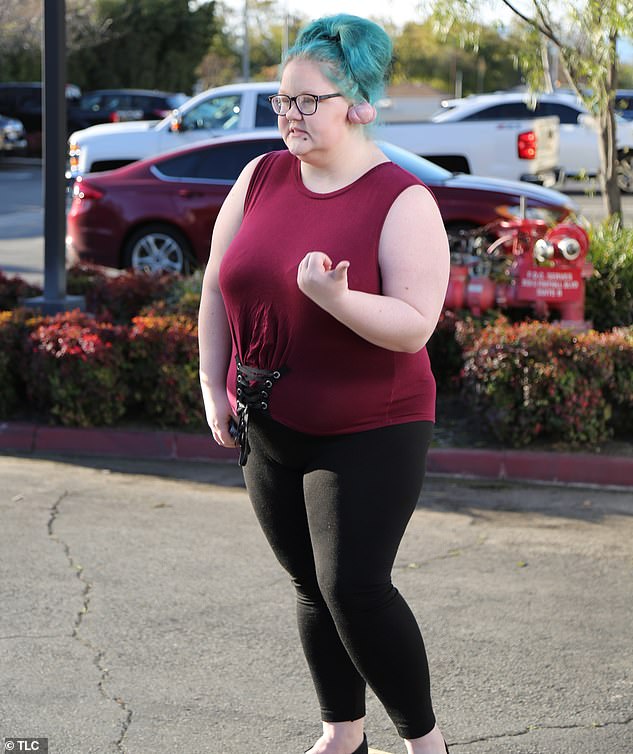 ‘Jennifer has some extreme keloids, they’re really heavy,’ she explains. ‘I can’t imagine walking around with these weights, probably the largest I’ve ever seen.’

As keloids are caused by trauma, Dr Lee is at first cautious about removing them from Jennifer’s ears, but settles on a two-pronged approach by slicing them off and then blasting the area with radiation.

After putting Jennifer in her surgery chair and numbing her ears with local anaesthetic, Dr Lee gets to work straight away and slices into the bulging mass attached to Jennifer’s ears.

As she makes the first incision, Jennifer exclaims: ‘I can hear it scraping, that’s so crazy!’

Wrestling with the Haggis-shaped growths, the surgery is more difficult than Dr Lee anticipates.

‘These are really more attached than I imagined,’ she says. ‘In fact, this one on her right ear may be going straight through to the other side.’

Due to the size of the Keloids, the expert pimple popper is forced to remove some of Jennifer’s normal ear tissue in the process, before blasting the affected areas with radiation to help prevent the keloids growing back.