A 34-year-old Latvian woman has died after taking an Amazonian psychedelic drug during a ‘spiritual cleansing’ ceremony in Cyprus.

Police have arrested a Russian woman, 50, and are liaising with Interpol to help track down a Colombian man suspected of supplying the drug for Tuesday’s ceremony.

The cleanse involved 20 people taking ayahuasca in the coastal town of Larnaca and the ritual was allegedly led by the Russian woman.

Cypriot police said the woman died on Tuesday in Larnaca after a ceremony using ayahuasca involving some 20 people (pictured: view on The Orthodox church of Saint Lazarus and the square before church in Larnaca) 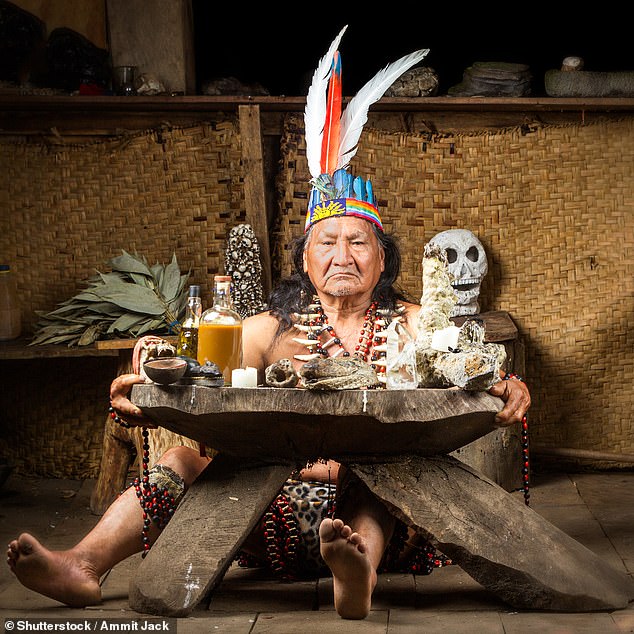 Shamans advise against people taking the psychedelic unless in the presence of those who are highly experienced with the drug.

The ceremony is led by a shaman and it usually takes place throughout a whole night, keeping users high for around six hours.

They will experience both psychological, as well as physical effects, with the purging – vomiting and diarrhoea – considered a vital element.

Those who take the drug describe intense and varied feelings, some find it divine, while others say it is hellish.

Shamans sing throughout the ritual to enhance the visual hallucinations.

In native languages the drug is referred to as the ‘spirit soul’ and the ‘dead body.’

The Latvian woman was unconscious when she was taken to Larnaca general hospital and she was pronounced dead on arrival on Tuesday, according to Phile News.

The Colombian man, 42, is believed to have supplied the drug and left Cyprus shortly after the ceremony took place.

The 20 participants in the ceremony were mostly made up of Russians, according to local media.

Ayahuasca is brewed from the woody vines of a tree called the same name, native to the Amazon rainforest.

It has been drunk by indigenous peoples in the jungle for over a thousand years.

It is a treasured sacrament in these cultures and is extremely potent, effecting the brain for hours and inducing vomiting, considered a purge of the body’s ills.

According to the Journal of Analytical Toxicology deaths are rare, however the Latvian woman may have been using other drugs. 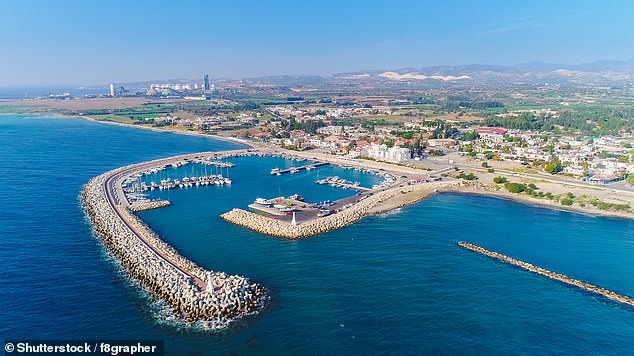 The cleansing ceremony was largely made up of foreigners, it was allegedly organised by the Russian woman and a Colombian is said to have supplied the ayahuasca (pictured: Zygi fishing village port in Larnaca, Cyprus)

In recent years the drug has grown in popularity and many Westerners have travelled to South America to experience its effects.

Celebrities including Sting, Lindsay Lohan and Paul Simon have spoken about using it.

In 2014, British backpacker Henry Miller, 19, died in Colombia after taking the drug with a local tribe.