Woman, 43, is charged with murdering her own parents after mom ‘identified daughter during 911 call’

Deborah Jane Martin, 43, was charged with two counts of first-degree murder by Illinois authorities on Monday

A suburban Chicago woman was arrested after authorities said a ‘bone-chilling’ 911 call incriminated her in the murder of her parents at their home after midnight on Saturday.

Deborah Jane Martin, 43, appeared in court on Monday after she was charged with two counts of first-degree murder.

Authorities allege that Martin fatally stabbed her parents, David, 72, and Anne, 71, several times in the home they shared in Arlington Heights.

Authorities say that police received a 911 call from Anne Martin at around 12:30am on Saturday, according to WLS-TV.

Anne Martin was unable to say anything discernible during the call.

‘Within seconds of dispatch answering, sounds of movement are heard followed by the mother of the defendant gasping and pleading, “No, Debbie”.’ 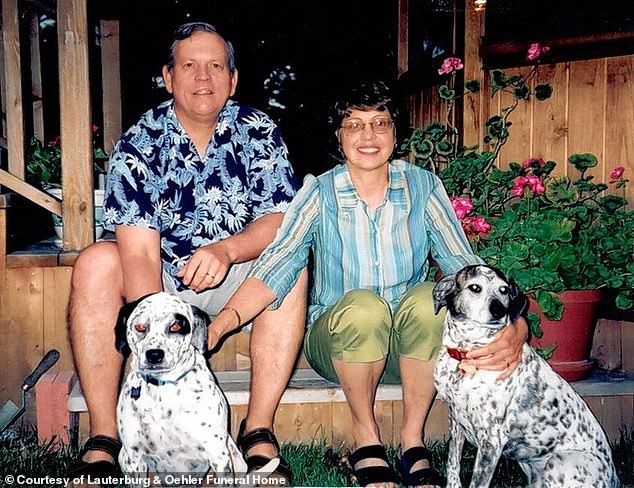 Authorities allege that Martin fatally stabbed her parents, David (left), 72, and Anne (right), 71, several times just after midnight on Saturday in the home they shared in Arlington Heights 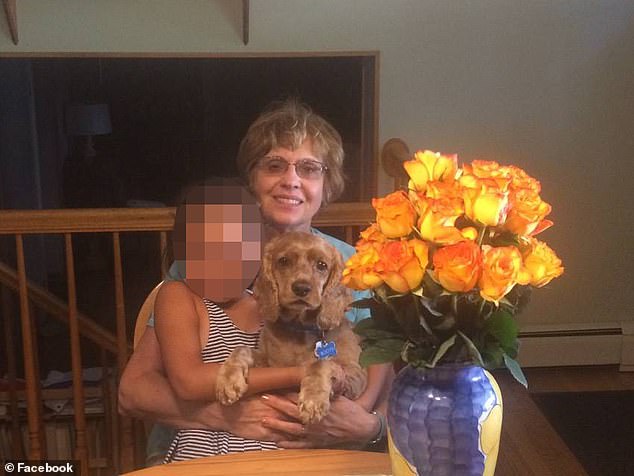 Authorities say Anne Martin (above) phoned 911 and cried ‘No, Debbie’

According to prosecutors, Deborah Martin lived with her parents in the home.

Hours before the murder, she and her parents went to a neighbor’s house for a Friday night dinner.

Authorities say Deborah Martin left the dinner early. When her parents came home, she allegedly attacked them with a knife.

According to authorities, Deborah Martin fatally stabbed her father while he was sitting in his recliner chair.

David Martin also had his throat slashed, according to investigators. 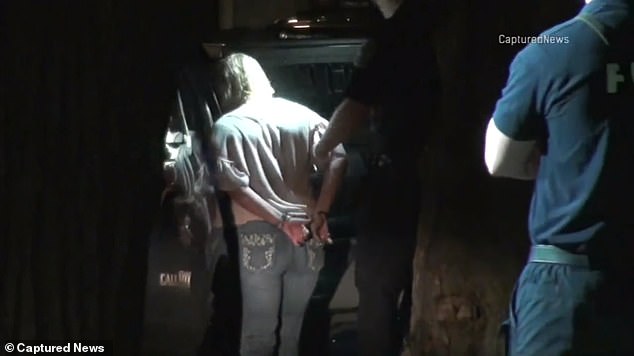 Both victims tried to crawl toward the exit.

‘Her dying gasps and moans are heard throughout the duration of the call,’ Amado-Chevlin said.

Police and first responders arrived at the home and forced entry when they noticed Anne Martin unresponsive on the kitchen floor, according to Patch. 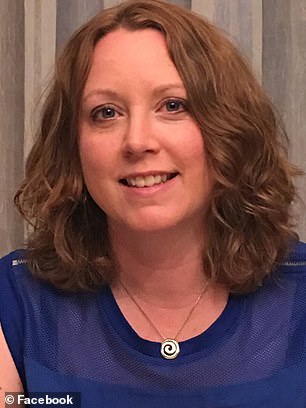 Once the police were inside the house, Deborah Martin came running down the stairs from the second floor.

Authorities said she had just come out of the shower.

A search of her room turned up bloody clothes and a journal in which she allegedly expresses her wish to kill her parents.

Both David and Anne Martin were pronounced dead at the scene.

According to WLS-TV, police said that ‘more than a couple’ calls were made from the home over a period of ‘several years’ because of a ‘family situation’ involving Deborah Martin.

Police said that Deborah Martin had been living on and off with her parents for years.

Anne Martin had taught English and Social Science at Wheeling High School from 1995 until 2014.

She was a substitute teacher there as recently as this past school year.

From 1988 until 1992, she worked as a resource assistant at Prospect High School.