Woman, 44, competing in Ohio Ironman with husband killed after crashing bike into a tractor trailer

Woman, 44, competing in Ohio Ironman with her husband is KILLED when she cycles out of the safety zone and crashes headfirst into an oncoming tractor-trailer

A triathlon competitor taking part in an Ohio Ironman with her husband has died after being hit by a tractor-trailer during the cycling phase.

Kristen J. Oswald, 44, of Royersford, Pennsylvania, was struck shortly before 9am, near to US 23 and Troutman Road, in Delaware County.

Oswald had already completed a 1.2 mile swim, the first leg of the Ironman 70.3 Ohio race, and was undertaking the 56 mile bike ride when she died.

She cycled outside of a safety zone, where the authorities had enforced a reduced-speed zone for motorists, Ohio State Highway Patrol said.  After veering into the left-hand lane of the highway she was hit by a tractor-trailer and died at the scene.

Oswald’s husband Chris was also participating in the race, and only learned his wife was dead two hours later after completing the race, according to NBC4i.

Kristen J. Oswald (left), 44, tragically died during the Ironman 70.3 Ohio race on Sunday, she was racing with husband Chris (right) 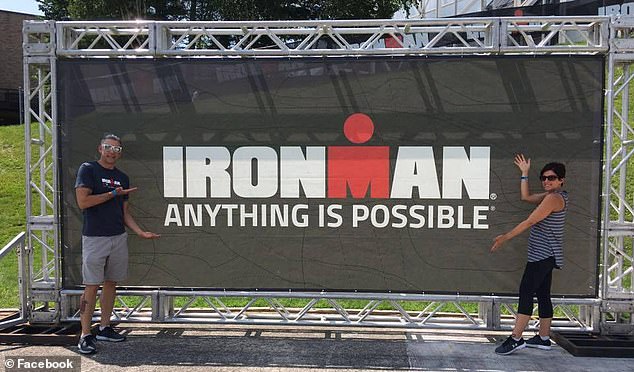 Claude Tremblay, 55, of Sarnia, Ontario, was identified as the driver of the freightliner commercial tractor-trailer.

No charges have been brought against Tremblay as of Monday, the New York Post wrote.

Oswald was confirmed to have been wearing a helmet at the time of the crash. Alcohol and drugs were not suspected to be a factor in her death.

A spokesperson for the race organizers said there were ‘deeply saddened’ to confirm the death in a statement.

‘Shortly after beginning the bike portion of the race, there was an incident with the athlete and a vehicle. 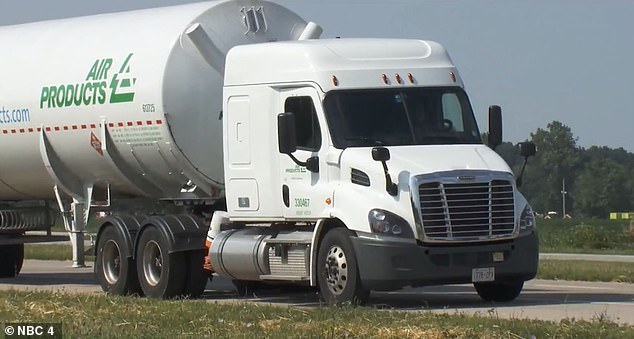 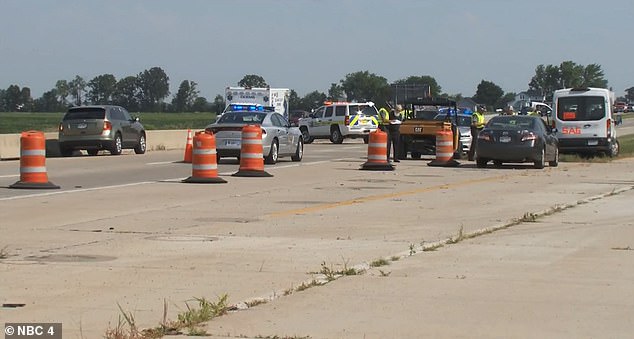 Police cordoned off the area after the death of Oswald, who had left a cyclist safety zone with reduced speed limit (above)

‘Our condolences go out to the athlete’s family and friends, whom we will continue to support.

‘We are continuing to work with local and state authorities to gather all the details of how this incident occurred and will assist them in any way possible. As this is an ongoing investigation, all further requests should be directed to the authorities.’

‘We had such an amazing time. The best sister and aunt,’ she wrote. 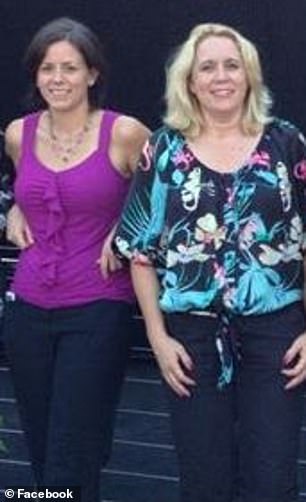 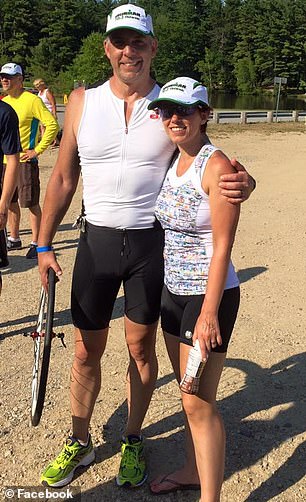 One mourner who claimed to have known Kristen from high school said: ‘She was always a very sweet person. I can’t even imagine what ur family & Jim’s family are going through. Praying for everyone.’

Beverly Decker Seidner posted: ‘My heart is broken for all of you. You are in my thoughts and prayers. Remembering Kristi very fondly.’

Around 2,600 people participated in this year’s event, which began at 7am – according to NBC.

The course took them for an initial 1.2 mile swim through Delaware State Park, after leaving the water athletes progressed to the cycling stage.

Climbing aboard their bikes they would then cycle for 56 miles, travelling through three counties and ending at Ohio’s Wesleyan University Stadium.

From there competitors were required to race 12.1 miles back to the stadium.