A 47-year-old cancer survivor who learned she had the body of a woman decades older managed to shave 13 years from her ‘body age’ through exercise alone.

Jenifer Tutty, from London, was horrified to be told that she had the body of a 71-year-old after completing a series of medical tests, including a full fitness assessment.

Doctors discovered that Jenifer’s poor diet and lack of sleep had left her with the physical attributes of pensioner – with her heart, lungs and muscles all affected.

After embarking on an overhaul care of the BBC show How to Stay Young, the 47-year-old – who was left battling insomnia after a hysterectomy during her cancer treatment – managed to shave 13 years from her body age in just 12 weeks.

A new round of tests measured her at 58 after three months of exercising 10 hours a week, and Jenifer’s sleep pattern improved vastly after she rid her bedroom of phones and a TV.

Jenifer Tutty, 47, was stunned to learn her body age was over 20 years older than her actual age on BBC’s How to Stay Young 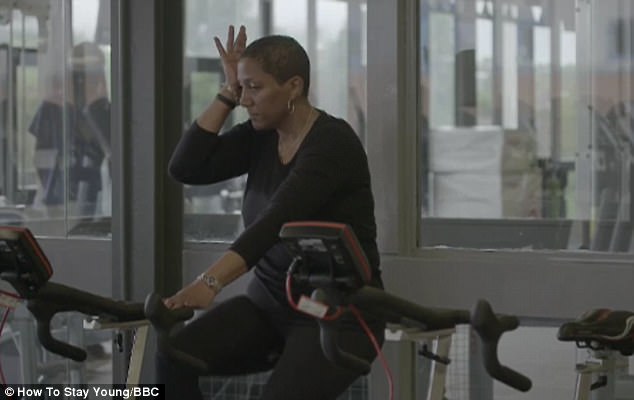 She was tasked with getting fit and healthy, cycling every day and going to the gym in a bid to lower the figure 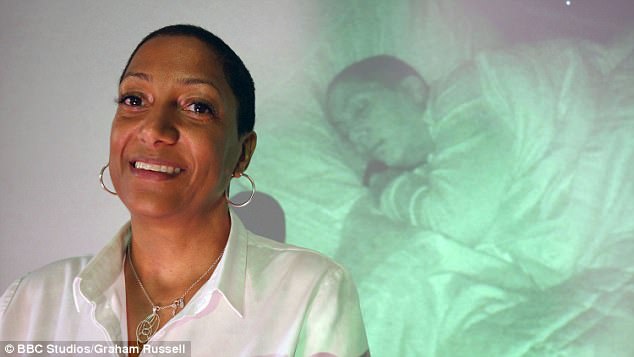 Jenifer increased her level of weekly exercise from 59 minutes to 10 hours – cycling to and from work, walking on a treadmill and installing a static bike in her home.

She says on the show: ‘I was told I had ovarian cancer so they removed everything, my ovaries, womb, everything is gone. But I was fortunate that it was borderline.’

She was given all clear from cancer, but the operation had a huge effect on her ability to sleep through the night.

HOW TO STAY YOUNG

Up your exercise: Try gentle activity like cycling, walking, jogging at least three times a week.

‘I feel like I got out of a Ferrari and got into a mobility scooter,’ Jenifer explain during the experiments on the show, which is fronted by Angela Rippon.

The body of a pensioner

The series is part of Britain’s biggest ever ageing experiments, and follows the country’s leading health experts as they attempt to turn around the lives of people whose bodies are much older than their actual age.

As part of the experiment Jenifer takes part in a cycling test which monitors how much oxygen she is breathing in and out, how well different parts of her body are working together – in particular her heart, lungs and muscles.

Using data from thousands of people who have taken the test it gives an average score for every age.

Reacting to the 23-year difference of her body and actual age Jenifer admits: ‘That is terrible. That is so bad.’

Kevin Morgan, a sleep expert from Loughborough University, explains that the reason for Jenifer’s poor five-hour a night sleep pattern is because of the television in her room. 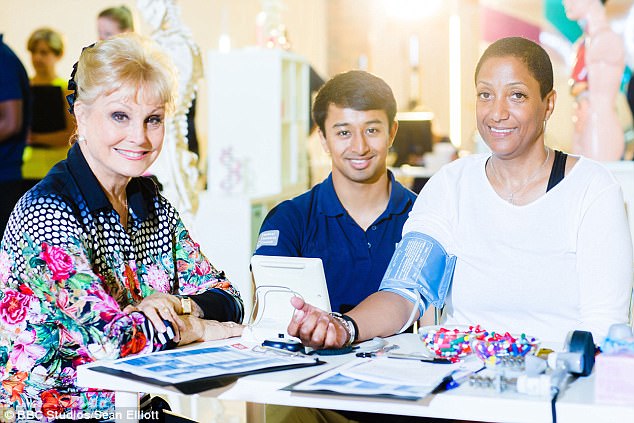 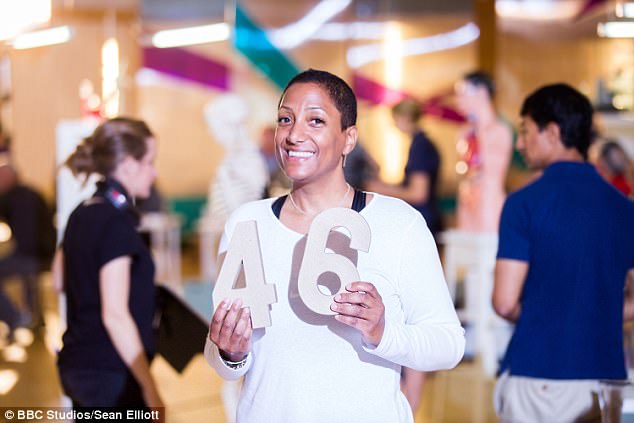 After 12 weeks Jenifer’s final body age is 58, although she wanted lower, the positive changes in her lifestyle spur her on

Sleep restriction and no television before bed

He proposes that she remove everything from her room not to do with sleeping, which includes her TV, phone and books.

Morgan also advises Jenifer to restrict her sleep, which involved making sure she remained in bed for just the five hours sleep she was previously getting, and getting out of bed the moment she woke.

After 12 weeks of going to bed at 1am and rising at 6am, her sleep efficiency increased from 84 per cent to 98 per cent, with her getting a solid night sleep and no more insomnia.

Her final body age was 58, and while Jenifer was hoping for it to be lower, she is still thrilled with her progress and vows to stick to her new routine.

‘Anything is possible. If I can achieve this in 12 weeks anybody can achieve it, you just have to want it enough.’