Woman, 51, beats the husband she adores due to dementia

A woman has admitted to beating the husband she adores due to a cruel form of early-onset dementia.

Lorayne Burgess, 51, from Lydd, Kent, experiences unreasonable mood swings violent rages that she takes out on her loving husband Simon, 46.

She said: ‘I fly at him. It’s not my true personality. I’m violent and I’m verbally abusive.

‘As my brain is eaten away, my personality is too. ‘I say, “I love you”, to people, but they’re just words. I don’t mean them anymore.

‘The old Lorayne, the kind Lorayne, is disappearing.’ 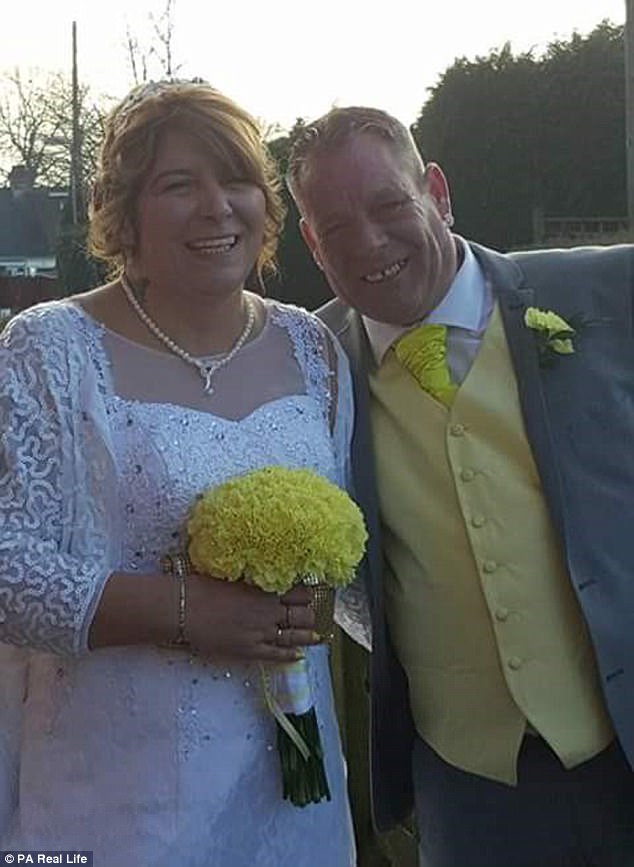 Ms Burgess insists it is not her true personality, but dementia has ‘eaten away’ her mind 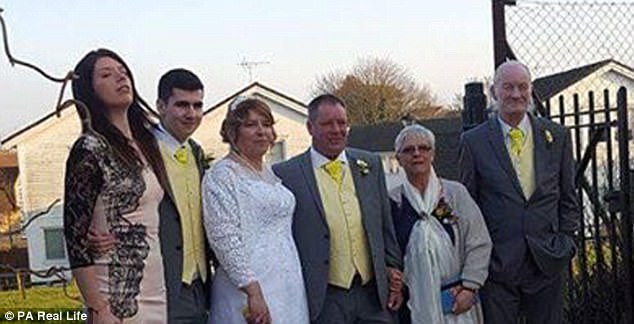 The couple married on her 50th, months after she was diagnosed (pictured with their family)

WHAT IS EARLY-ONSET DEMENTIA?

Dementia is considered ‘early onset’ if it occurs in people under 65.

Like all forms of the disease, it causes progressive loss of a person’s ability to think, reason and communicate.

Personality, mood and behaviour can also be affected.

There is no cure. Treatment focuses on relieving symptoms.

Instead of the kind, loving woman he married, Simon regularly has to cope with his wife’s unreasonable mood swings and has even fallen victim to her violent rages.

Ms Burgess, a former cleaner, said: ‘I fly at him. It’s not my true personality. I call the violent Lorayne, “Katie”.

‘Simon can say, “That was silly”, and whereas before my illness I would have reacted reasonably, now I react horribly. I’m violent and I’m verbally abusive.’

‘As my brain is eaten away, my personality is too. ‘I say, “I love you”, to people, but they’re just words. I don’t mean them anymore.

‘There are good days and bad days, but the bad are starting to outweigh the good.

‘The old Lorayne, the kind Lorayne, is disappearing.’ 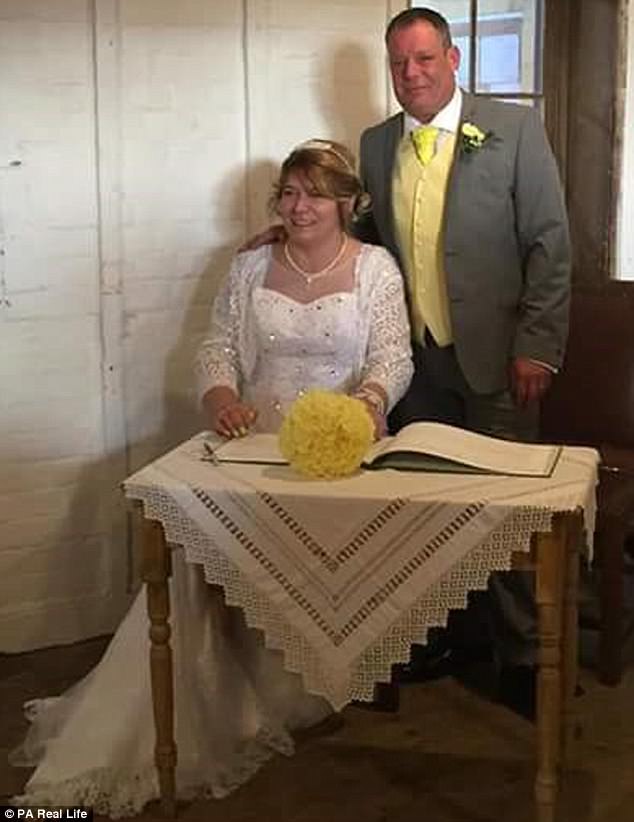 Ms Burgess says she no longer means it when she says ‘I love you’; they are just words 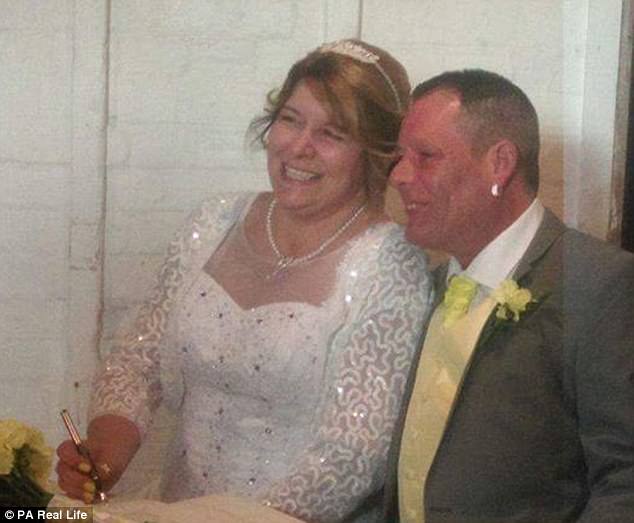 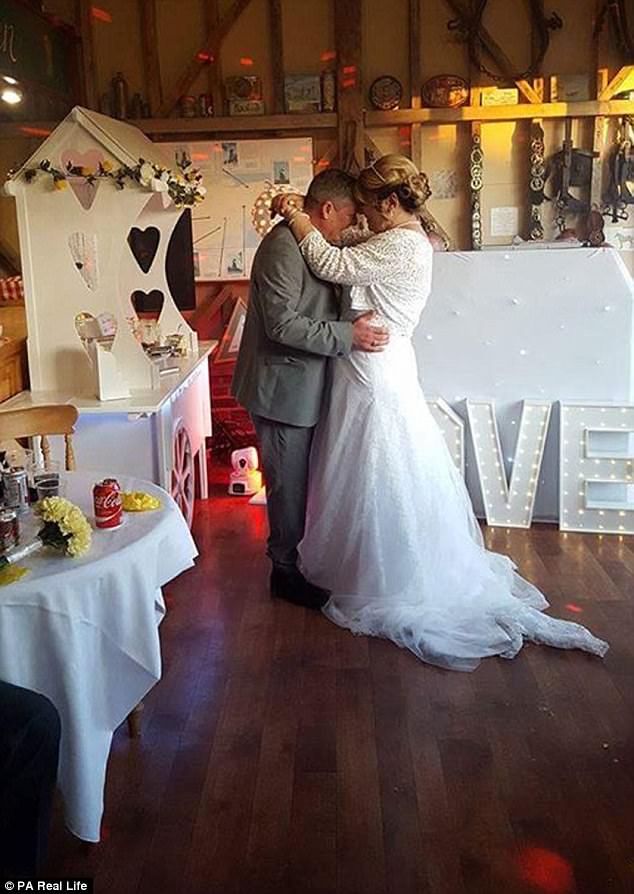 Incontinence has been another side effect of dementia, with Ms Burgess wetting the bed 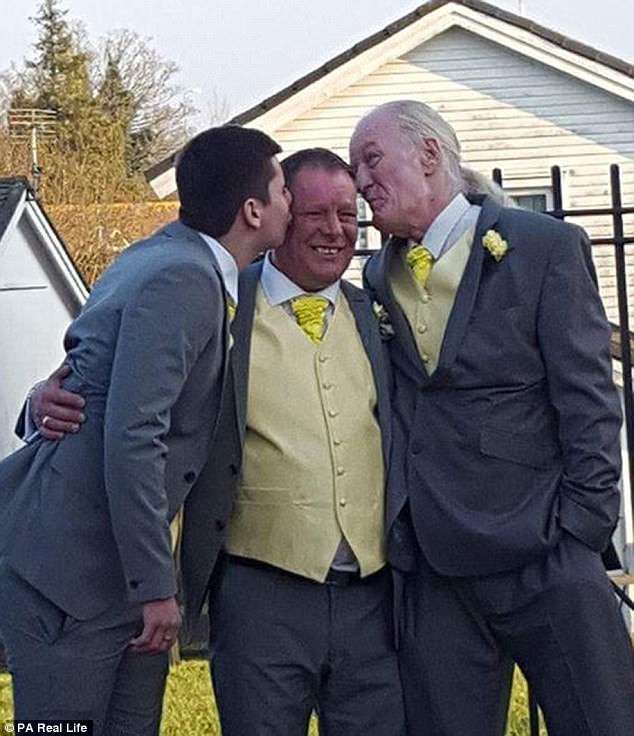 ‘I wet the bed at night’

Incontinence has been another side effect of her dementia.

Ms Burgess said: ‘I’m now 51 and I’ve had kids, so you expect a bit of wee escaping when you laugh.

‘But, sadly, I wet the bed at night because of my dementia.

‘I’m not ashamed to talk about it, because it is the reality of this cruel illness.

‘I know there will come a point, probably soon, where I am in a wheelchair and I don’t remember people’s faces.

‘But, until then, I will grasp hold of each day.’ 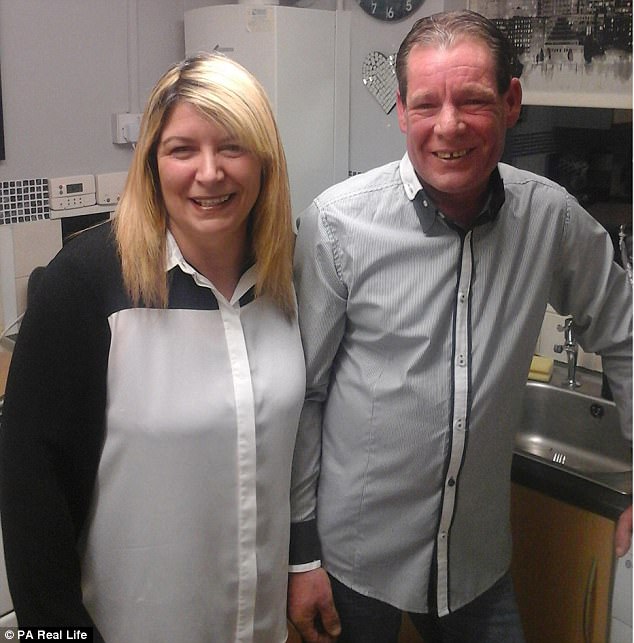 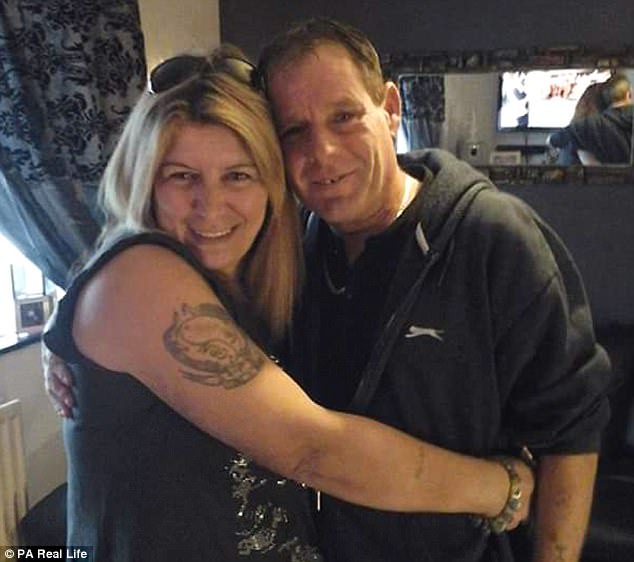 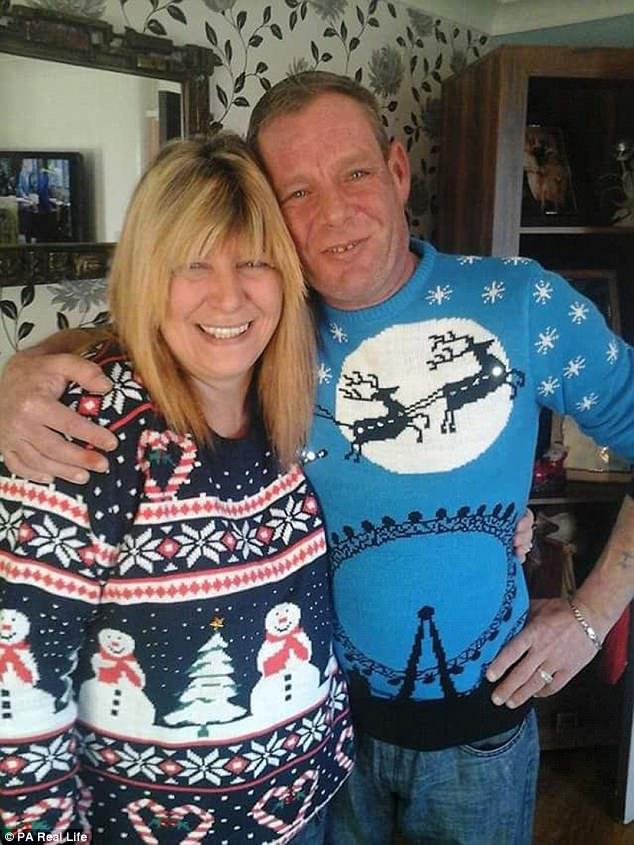 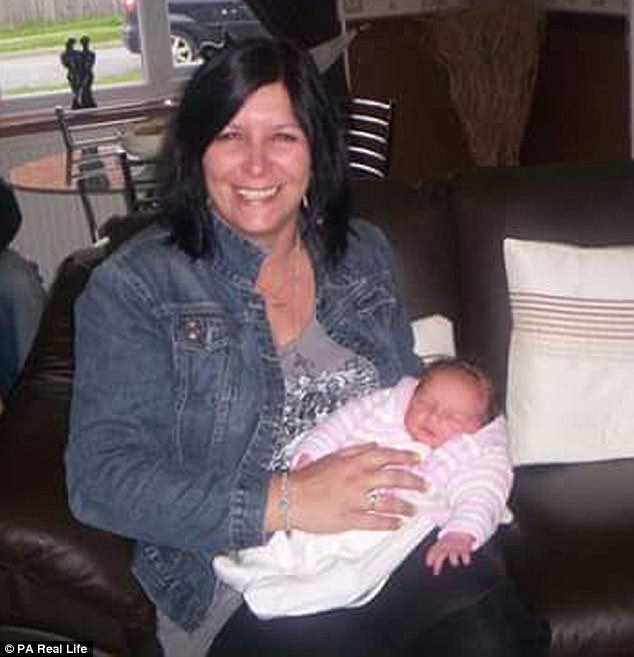 Married on her 50th birthday

Ms Burgess was encouraged to seek medical advice by Simon, her daughter Lauren, 28, and her son Jordan, 23, who noticed her absentmindedness.

After months of hospital appointments, Ms Burgess was eventually diagnosed with early-onset, frontotemporal dementia in March 2015, just months before she was due to marry Simon, who she met online, on her 50th birthday.

She said: ‘Of course, I was shocked. It’s not what you want or expect. But I am here now and I am alive.’

‘I’d leave the cooker on and forget to turn taps off. It came to a head when I was looking after my now three-year-old grandson, Brayden, and I forgot to close the upstairs gate.

‘I heard a noise, walked into the hallway and saw Brayden at the top of the stairs in his walker, literally teetering on the top step. I raced up and caught him just in time.’

In January 2016 Ms Burgess and her then-finance had just two months to plan their wedding on a £4,000 budget in order to marry on her landmark birthday.

She said: ‘We decided we’d better get on with it. We had [just] weeks getting everything ready.’

Wearing a £73 dress she bought from Amazon, Ms Burgess married Simon in front of 40 friends and family as she also celebrated her half century.

She said: ‘It was wonderful. My daughter was my bridesmaid and my son my best man – it was lovely.’

According to the NHS: ‘Frontotemporal dementia tends to affect the frontal and temporal lobes of the brain (the front and sides) in particular.

‘These parts of the brain are largely responsible for language and the ability to plan and organise, and are important in controlling behaviour.

‘Frontotemporal dementia often starts at a younger age than usually seen in other types of dementia. It’s caused by clumps of abnormal protein forming inside brain cells. These are thought to damage the cells and stop them working properly.

‘About one in every three people with frontotemporal dementia has a family history of the condition.’