Woman, 62, is found to be ALIVE in morgue as worker ties tag to her foot

Woman, 62, is found to be ALIVE in morgue as worker ties tag to her foot – only to die from hypothermia after she was rushed to hospital in Russia

A grandmother who was found to be alive in a morgue when an employee tied a tag to her foot died from hypothermia as she was rushed to hospital.

The 62-year-old, from Amur in Russia, had been drinking with relatives at a party in  Vasilyevka when it appeared she had died.

Onlookers then called the police who certified the woman had passed away, reports say.

The grandmother, from Amur in Russia, had been drinking with relatives at a party when she appeared to have died

But when an undertaker was called to take the grandmother to the morgue – a worker discovered she was still alive.

The apparent ‘corpse’ started moving and ‘came to life’ when the employee tied a number tag to her foot.

She had suffered from ‘extreme cold’ according to chief doctor of Belogorsk Hospital Mikhail Danilov. 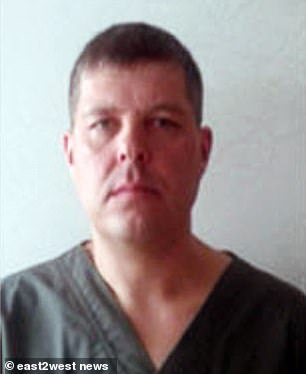 The grandmother was then taken to intensive care and died later the same day after suffering from ‘hypothermia’, the region’s health ministry said.

Medics claim if she had received prompt medical care instead of being taken to the morgue, she might have survived.

A police investigation is now underway into her death.

A health official said the policeman at the scene had broken rules by failing to call an ambulance and instead certifying the woman as dead himself.

‘The police officer did not call for an ambulance, as required by instructions,’ said an official.

‘He certified the death on his own, called the undertaker’s and sent the body to the morgue without accompanying documents.’