Woman, 63, dies after ‘suffering from medical distress’ while trying to break up a family fight

A Massachusetts woman died on Sunday after her niece allegedly attacked her when she tried to break up a family brawl.

Martina Gomez, 63, suffered a medical emergency after her niece Modesta Gomez, 23, repeatedly slammed the front door on her aunt’s torso during the fight on Sunday evening.

Martina was rushed to hospital but died less than two hours later at around 11pm. Modesta is now facing multiple charges including assault and battery on a person over 60.

Martina Gomez, 63, of Massachusetts, died after her niece, Modesta Gomez, 23, allegedly attacked her when she tried to break up a family brawl at her home (scene pictured) Sunday night

Modesta entered a not guilty plea and was held without bail after her court appearance on Monday.

Police said they were called out to the family’s home on Bicknell Ave in Methuen, Massachusetts, at around 10pm on Sunday.

Witnesses told police that a fight had broken out between Martina Gomez’s daughter and her daughter’s ex-sister-in-law, over an argument about Snapchat.

When Martina tried to break it up, her niece attacked her, police said. 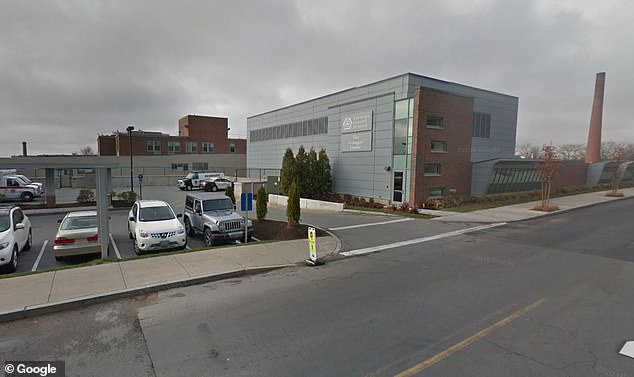 Martina was pronounced dead at Lawrence General Hospital (pictured) around 11.20pm. The district attorney said Modesta Gomez, 23, was charged with assault and battery on a person over 60

She allegedly struck her and when she fell to the ground,  she repeatedly slammed closed the front door on her torso, until the victim was semiconscious.

Modesta fled, but by the time police arrived at the property, Martina was unresponsive.

Martina was pronounced dead at Lawrence General Hospital around 11.20pm.

An autopsy is scheduled to determine the cause and manner of Martina’s death.