Woman, 92, dies after waiting three hours for an ambulance

A pensioner has passed away after emergency services took more than three hours to arrive – despite the nearest ambulance station being only 400ft away.

Olive Nutt, 92, was found hunched over her walking frame in cardiac arrest when a paramedic finally reached her flat in sheltered accommodation in Pimlico, London.

Despite their best efforts, Mrs Nutt could not be resuscitated.

Olive Nutt, 92, was found hunched over her walking frame in cardiac arrest when a paramedic finally reached her flat in sheltered accommodation in Pimlico

The call to emergency services was made by a member of staff at the housing association in Pimlico, London, at 5.31pm on January 28 after Mrs Nutt, who lived along, pressed an emergency pendant around her neck.

However 999 call handlers did not priotise her call, meaning help did not arrive until 8.48pm – three hours and 17 minutes after the first call.

Westminster ambulance station is less than a two minutes’ walk from where she collapsed, although there are said to have been no paramedics there at the time.

Changes to ambulance dispatch times require patients most in need to receive care within seven minutes, but this has resulted in many callers waiting hours to receive help.

Malcolm Alexander, chairman of the London Ambulance Patients Forum, said: ‘The forum was told by NHS England that the [new dispatch system] would extend waits for less seriously ill patients, not for patients who need a rapid response to save their life.’

The circumstances around Mrs Nutt’s death were revealed when a coroner’s prevention of future deaths report was made public.

Russell Caller, assistant coroner for Inner West London, said: ‘The LAS failed to make a relevant and proper note of the symptoms of the deceased when these were phoned through to the LAS, and as a result the clinicians at LAS made an incorrect priority decision which caused significant delay in a timely attendance being made on the deceased.’

He added the LAS call centre failed in their responsibility to make a follow up call to Mrs Nutt within 90 minutes of their initial 999 call – something which is in their protocol. 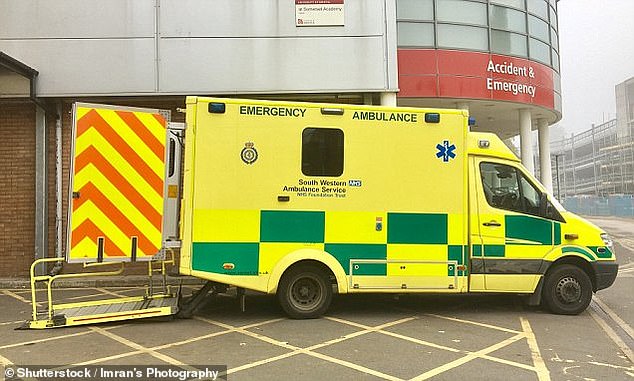 An inquest into Mrs Nutt’s death in June heard that she passed away from natural causes at the Anchor Trust block in Pimlico. It also heard that Mrs Nutt had heart disease.

LAS today apologised and said it had been facing a high call demand.

The call to emergency services from carers at Mrs Nutt’s carehome was initially classified as ‘category 4’, which requires assessment by phone within 90 minutes.

A paramedic from the LAS call centre had contacted Mrs Nutt after about two hours but she could not hear the paramedic and ended the call. The paramedic called again but received no answer. A third call was made from LAS to the care line. The care line made another 999 call at 8.39pm, and a paramedic arrived nine minutes later.