Police are searching for a woman who was caught on video abandoning her sick bulldog at a Massachusetts groomer last week.

Staffers at the Secret Garden Pet Resort in East Bridgewater said a woman who identified herself as ‘Melanie Wichester’ came in on Thursday to drop off her dog she said was named ‘William Katz’.

The groomer said the woman never came back for the dog.

The Massachusetts Society for the Prevention of Cruelty to Animals are now searching for the dog’s owner. 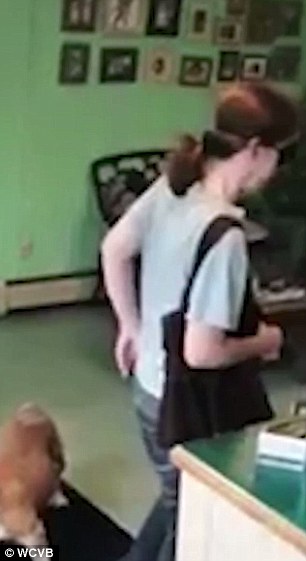 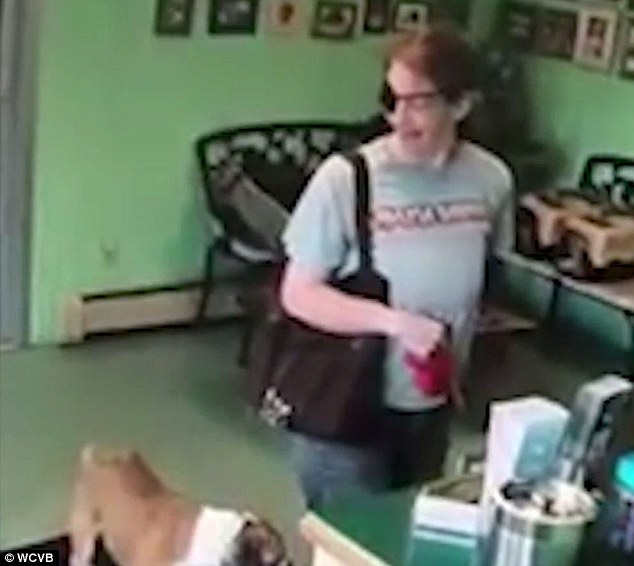 She came in to the Secret Garden Pet Resort in East Bridgewater, dropped the dog off and never came back

The woman was seen on surveillance cameras inside the groomer walking up to the counter with William on a leash. The woman looks around several times and appears to pull out what looks like a wallet from her back pocket.

She’s described as Caucasian and is seen in the video wearing a gray t-shirt, blue jeans, an eye patch on her right eye and her raid hair pulled back into a ponytail.

She is believed to be in her mid-40s and is about five-feet-six-inches tall.

Police said the name she gave groomer is fake.

The dog is said to be an older, male brown and white English bulldog. He has pressure sores and ear infections so severe that a veterinarian who examined him said he recommends surgery.

The dog is still at Secret Garden Pet Resort and will be transferred to Long Island Bulldog Rescue, which provides ‘education, prevention, intervention and adoption services to ensure that all English Bulldogs enjoy long, healthy lives in loving, safe, appropriate homes,’ according to its website. 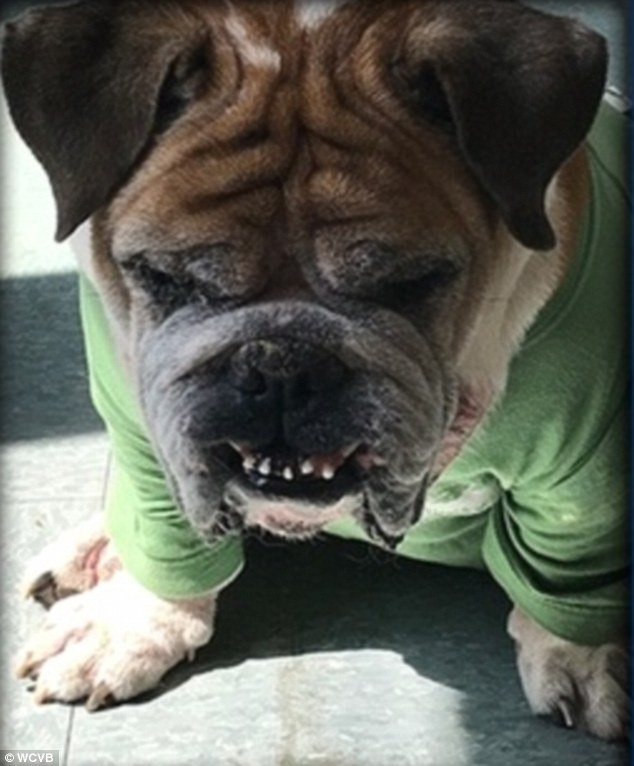