Woman accidentally becomes the GETAWAY driver for her date

Worst first date ever: Woman accidentally becomes a GETAWAY driver for her date after he robbed a bank then told her to ‘f***ing go!’

A Massachusetts woman had the first date from hell after her date decided to rob a bank and use her as his unwilling getaway driver.

Shelby Sampson, from Attleboro Falls, was initially charged as an accessory for assisting Christopher Castillo in the heist at the Bristol County Savings Bank on Commonwealth Avenue while the pair were on their first date.  Prosecutors would eventually drop the charges against her, the Sun Chronicle reports.

Castillo, 33, was sentenced to three years in prison for armed robbery followed by another two years in jail for assaulting three police officers, according to a Tuesday release from the Bristol County DA.

Sampson, who was 40 at the time, told police that she and Castillo had met through an online dating app. The pair met for the first time on December 5, 2016 – the day of the robbery. 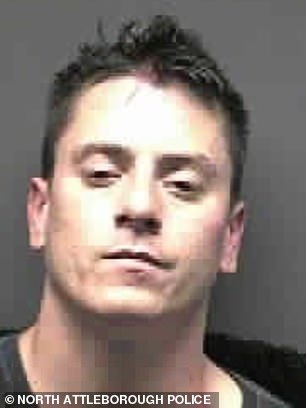 Shelby Sampson, from Attleboro Falls, was initially charged with accessory for assisting Christopher Castillo in the December 2016 heist at the Bristol County Savings Bank

The woman explained to authorities that she picked Castillo up in her Nissan Altima from his parents’ home in Rhode Island.

The two traveled to North Attleboro but Sampson claims Castillo drank wine as they drove.

Sampson says Castillo asked her to stop at a car near the bank and left the vehicle for a few minutes. She said he then came back and recalled that he was sweating and carrying a hat. Castillo was reportedly also wearing sunglasses and had a gun and cash on him. 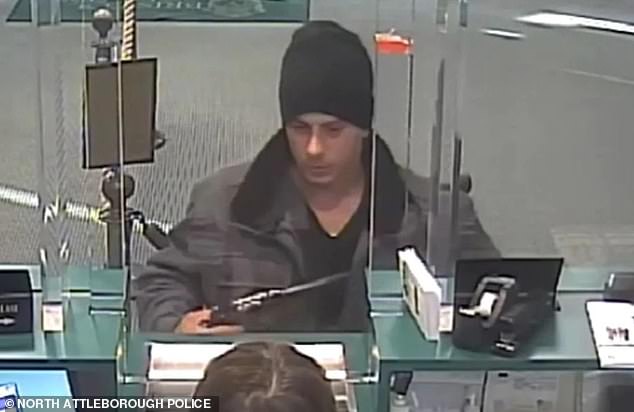 According to the DA’s office, Castillo told the bank teller that he was ‘really hurting’ and needed the money. He left with $1,000

Sampson sped off but saw the police lights and quickly exited the vehicle, where authorities detained Castillo.

The Chepachet resident went into the bank and showed a teller a gun that was in his jacket, demanding $1,000.

According to the DA’s office, Castillo told the teller that he was ‘really hurting’ and needed the money. 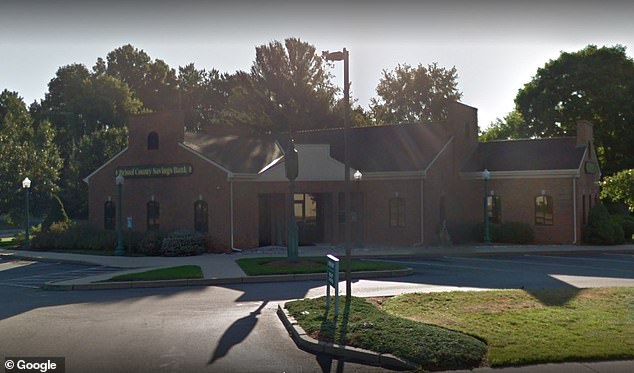 After leaving the bank, Castillo ran out to the car and made Sampson drive off

Castillo then ran out to the car and forced Sampson to drive before the pair were spotted by police.

When Sampson exited the vehicle, Castillo ducked down. Police then pulled him out of the car and struggled restraining him. Castillo is said to have spat on officers but eventually told them that the gun he had was not loaded.

Authorities determined that the gun was an antique owned by Castillo’s step father. He had been charged with carrying an illegal firearm but that charge has since been dropped.