Attorney General William Barr announced charges against 30-year-old Tiffany Harris on Tuesday who was accused of slapping three people in one of a series of apparently anti-Semitic attacks reported throughout New York during Hanukkah.

A federal criminal complaint details how Harris slapped the women on the back of the head and shouted expletives at them, while noting they were Jewish.

The women were walking down the street in the Brooklyn neighborhood of Crown Heights, which has a large Orthodox population at the time of the alleged assaults.

Attorney General William Barr, pictured, announced charges against 30-year-old Tiffany Harris on Tuesday who made headlines in New York after she was accused of slapping three women 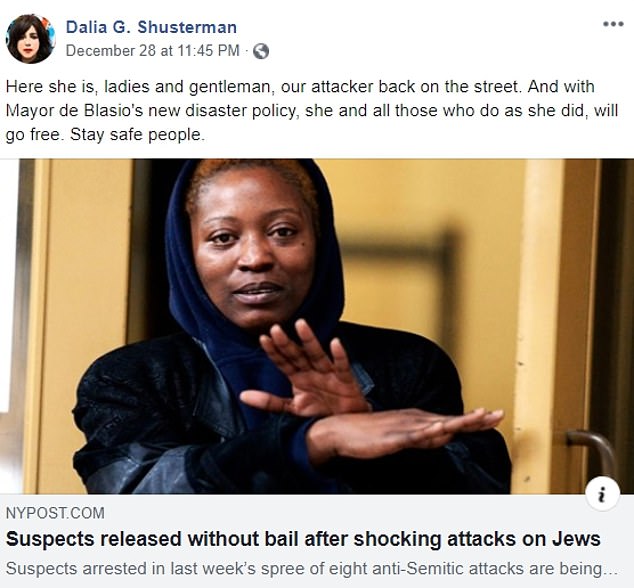 Three charges were filed against Tiffany Harris, who confessed to police she targeted the women in late 2019 because they were Jewish 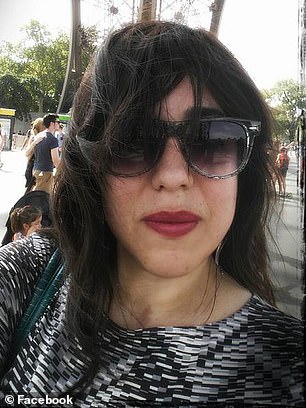 Dalia G Shusterman, pictured, was one of the three women who was assaulted and verbally abused during the December attack

They were also wearing clothes that made them ‘identifiable as Jewish,’ according to the criminal complaint.

Her case drew headlines in New York City after she was released without bail and then arrested again a day later in connection with another assault.

In the second case, police allege she slugged a woman in the face.

She was later re-arrested after missing an appointment with social workers and was held for a psychiatric evaluation.

Harris’ attorney did not immediately respond to a call seeking comment.

Rich Donoghue, the U.S. attorney in Brooklyn, said the charges had been under seal for several weeks and pointed to the case as an example of the federal government´s low tolerance for anti-Semitic crime.

He said federal officials would step in to prosecute cases amid a debate over New York´s new bail reform law. 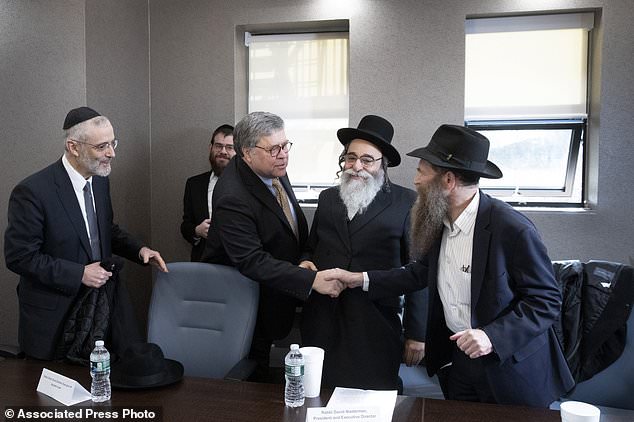 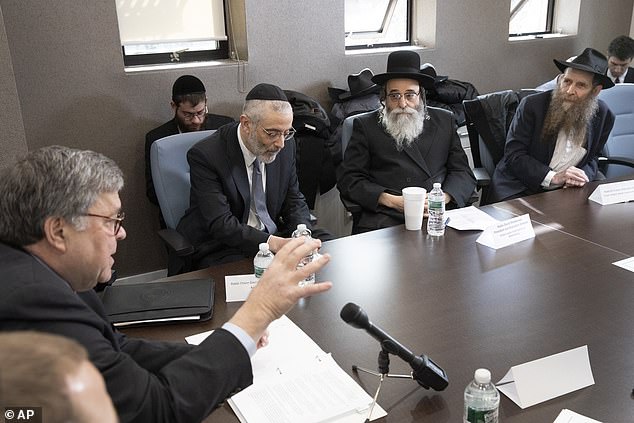 Barr said at the meeting in Brooklyn that he has been ‘extremely distressed by the upsurge in violence’ in Jewish communities, including in New York City

‘We are going to respond if we feel that the laws that they are putting in place do not sufficiently address the local needs,’ Donoghue said.

‘These are the kinds of cases that maybe in the past would have been treated locally but I think it’s important for the federal government to plant its flag and show zero tolerance,’ Attorney General Barr told the religious leaders in Brooklyn.

‘This will not be an isolated case. We will move aggressively if we see this kind of activity,’ he said.

‘I’m extremely distressed by the upsurge in violence — hate crimes — committed against the Jewish community,’ Barr continued, noting the entire country is seeing a ‘marked increase of this violence.’

Barr’s visit came a day after the 75th anniversary of the liberation of the Auschwitz-Birkenau death camp in Poland, where survivors warned of rising anti-Semitism worldwide.

Barr directed U.S. attorneys’ offices to ensure they have a specific point of contact to handle outreach to the Jewish community and someone responsible for reporting hate crimes.

He said he was also working with FBI Director Christopher Wray to create a national plan to combat anti-Semitic violence. 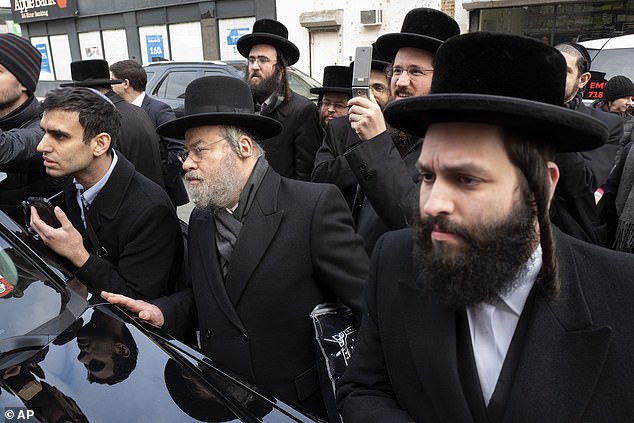 . Jewish communities in the New York City metro area have been on edge after a shooting rampage at a northern New Jersey market in December and an attack at a Hanukah celebration in Monsey, New York that left five people stabbed 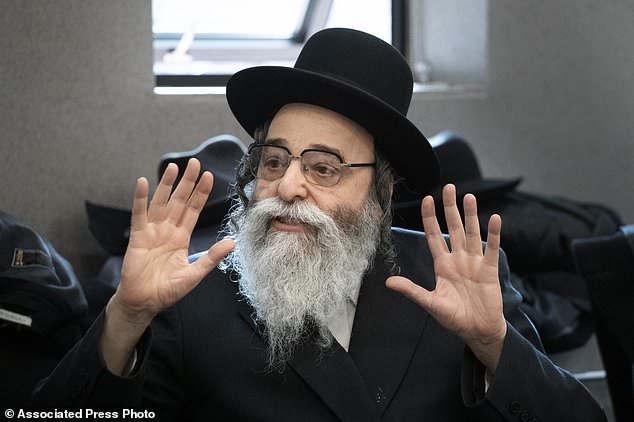 Rabbi David Niederman spoke during a meeting with Attorney General William Barr at the Boro Park Jewish Community Council on Tuesday in New York. ‘I cannot tell you how much it means to us when you say our federal government will have zero tolerance towards hate,’ he said 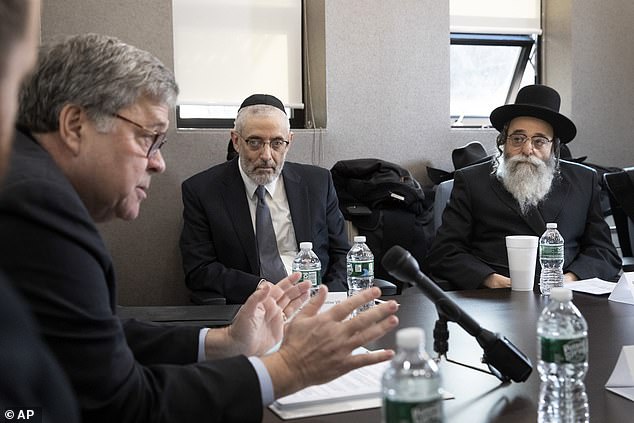 Barr ordered federal prosecutors across the U.S. on Tuesday to step up their efforts to combat anti-Semitic hate crimes

Allen Fagin, executive vice president at the Orthodox Union, said Barr was met with a resoundingly grateful response from the local Jewish community representatives who attended.

‘Not only a recognition of the problem and a resolve to bring the resources of the federal government to bear, but the very fact that he came to Brooklyn to do that and brought with him senior representatives of local law enforcement, I think conveyed a very powerful message,’ said Fagin.

‘I cannot tell you how much it means to us when you say our federal government will have zero tolerance towards hate,’ Rabbi David Niederman, who said three of his relatives were killed by Nazis during the Holocaust, told the attorney general.

Jewish communities in the New York City metro area have been on edge after a shooting rampage at a northern New Jersey market in December that killed six and an attack at a Hanukkah celebration in Monsey that left five people stabbed. 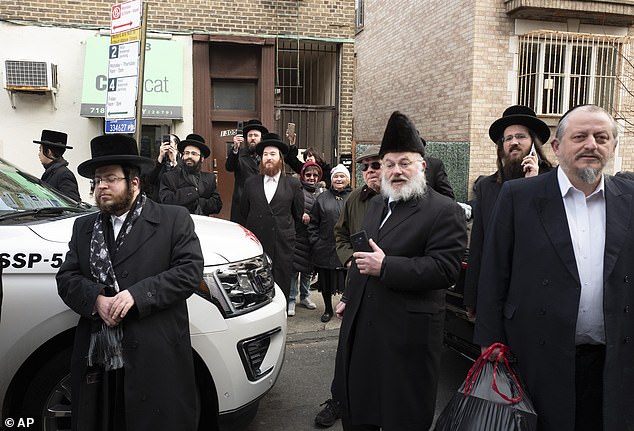 Members of the Borough Park community watch for U.S. Attorney William Barr as he leaves a meeting with Jewish leaders at the Boro Park Jewish Community Council